EURJPY has shifted into a higher gear, simultaneously thrusting above the 130.46 barrier and the 30-month high of 130.68, the former being the 161.8% Fibonacci extension of the down leg from 127.06 until 121.61. The steadily advancing simple moving averages (SMAs) are backing the bullish picture as are the Ichimoku lines.

Furthermore, the short-term oscillators are favouring the upside, demonstrating the pickup in positive momentum, which helped the pair overstep the 130.46 limiting barrier. The MACD is in the positive region but is tracing the red trigger line from below, while the RSI is improving within the bullish territory. Additionally, the stochastic oscillator has regained its positive charge with its %K line’s positive overlap of the %D line and is heading for the 80 level.

If buying interest persists, resistance could originate from the nearby 176.4% Fibo extension of 131.24, before the bulls aim for the 132.00 handle. If bullish pressures reign above the 132.00 mark, the bulls may then encounter resistance in the vicinity between the September and April 2018 highs of 133.12 and 133.48, respectively.

On the other hand, if the price recoils below the 130.46 level and the adjacent red Tenkan-sen line, a vital support zone could develop from the uptrend line around 129.80 - drawn from the 121.61 trough - until the 50-day SMA at 129.37. Should the price happen to plunge past this area, the pair may sink towards the Ichimoku cloud’s lower band around 128.40 and the neighbouring trough of 128.17. Extending losses past this safety level, the price could challenge the 100-day SMA at 127.87 before meeting the 127.30 frontier.

Summarizing, EURJPY is sustaining its bullish bias above the uptrend line and the SMAs. A break below 129.37 would undermine the ascent, while a dive below 128.17 could begin to threaten the positive structure. 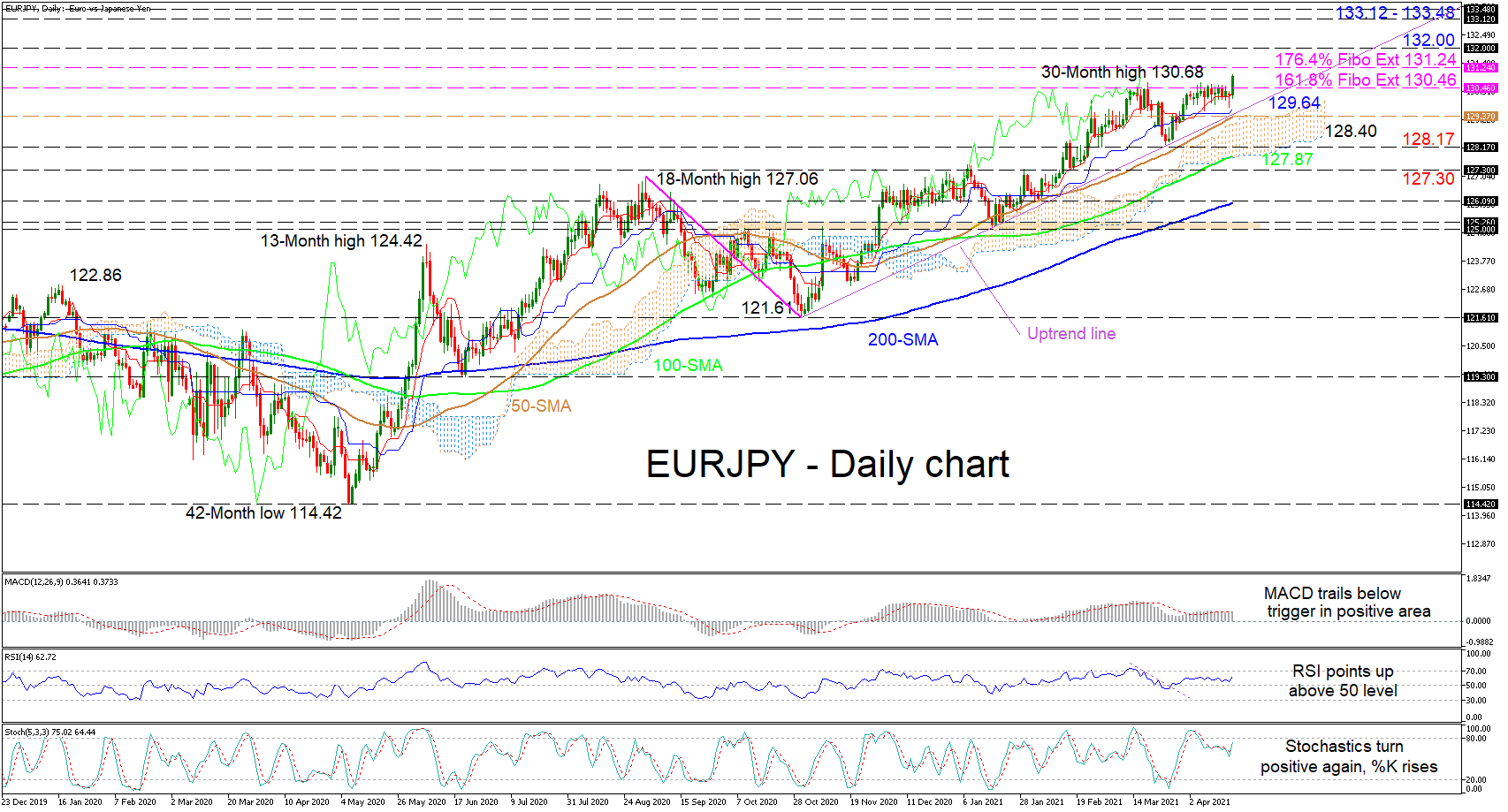