A sudden rise sulphur dioxide (SO2) levels is associated with sudden burning of organic matter including human bodies.

We now have further evidence of hidden coronavirus cremations in China. 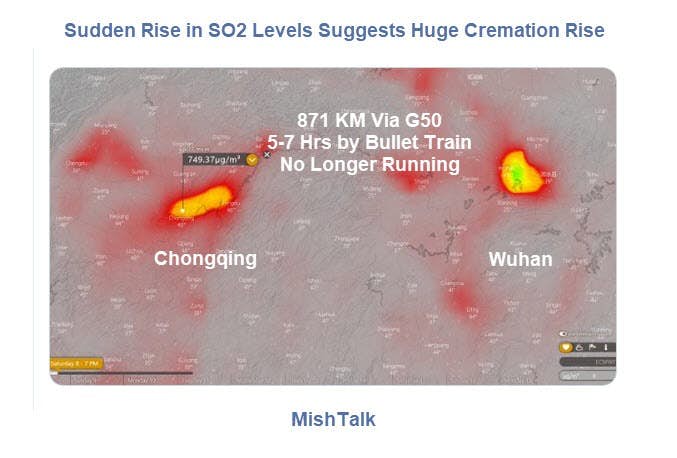 The article refers to the above Tweets and also mentions two other possibilities. 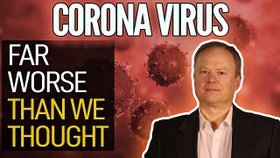 I highly recommend playing that video.

Those trains are no longer in service. Wuhan is locked down.

Mr. Zhou said more than five million people have left Wuhan, leaving about nine million. Many residents hail from around the region and normally leave town for Lunar New Year, and it isn't known how many specifically fled because of the virus.

For that observation, I was accused of fear mongering.

Escape From Wuhan by Plane

On January 28, I noted Many Planes Actually Made it Out of Wuhan Yesterday and Today.

Coronavirus May Infect Up to 500,000 in Wuhan Before It Peaks

Bloomberg reports Coronavirus May Infect Up to 500,000 in Wuhan Before It Peaks

"That would potentially mean at least 1 in 20 people would have been infected in the city by the time the epidemic peaks." 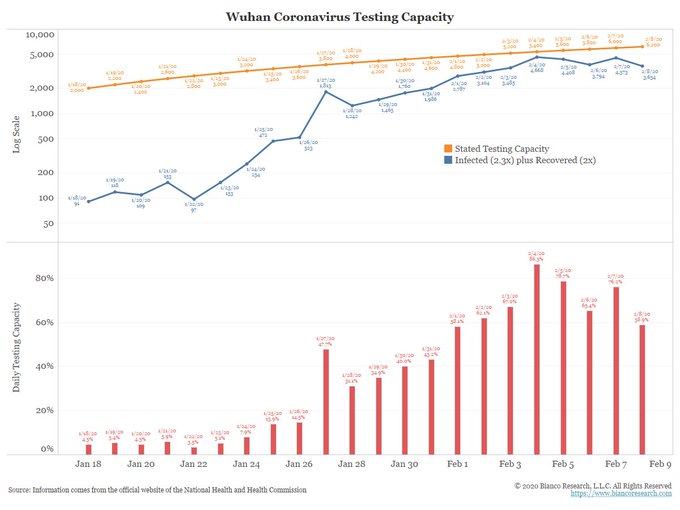 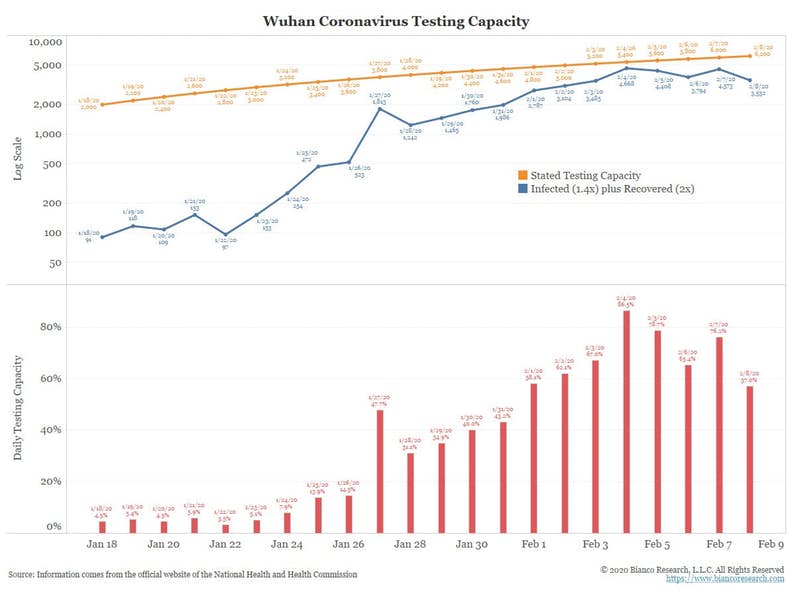 The Economic Impact is Massive due to supply chain disruptions.

Apple, travel companies, and carmakers are among those hardest hit right now.