Stocks broke above their consolidation yesterday. Is this an upward reversal or just another upward correction? The NFP release leaves question marks.

The S&P 500 index gained 0.83% on Thursday following breaking above the recent local highs and the 4,400 price level. The market retraced most of its late September’s decline yesterday as investors awaited today’s monthly jobs data release, among other factors. The Nonfarm Payrolls release has been worse than expected at +194,000. However, the main indices are expected to open 0.1-0.5% higher this morning. 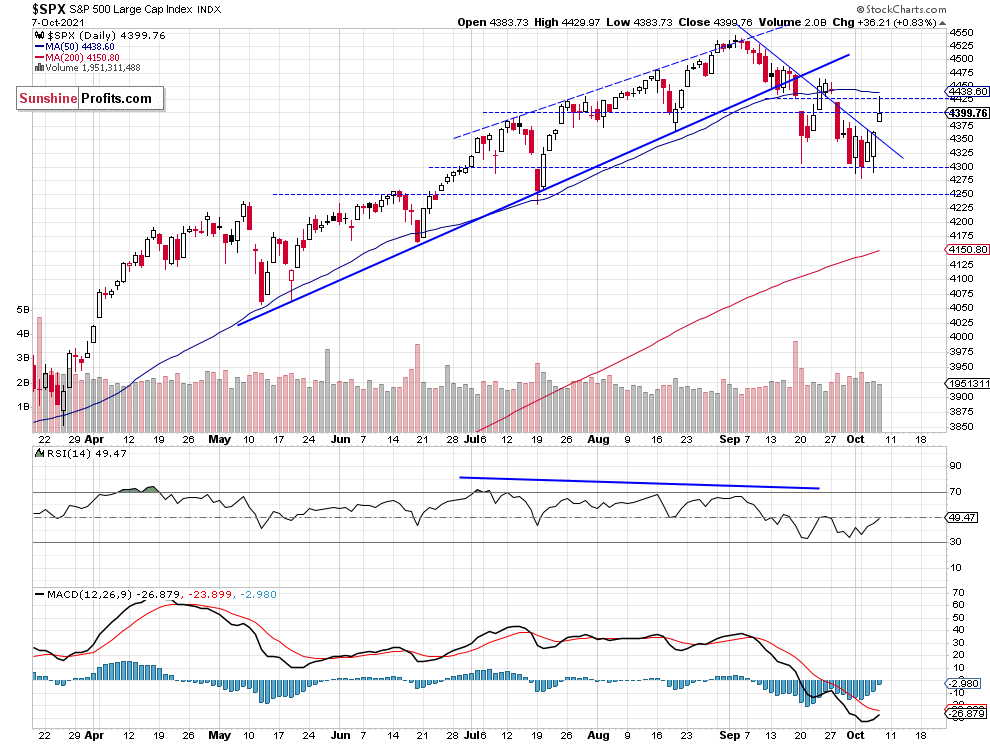 The S&P 500 index is trading below its almost year-long upward trend line. The nearest important medium-term support level remains at 4,200-4,300, as we can see on the weekly chart: 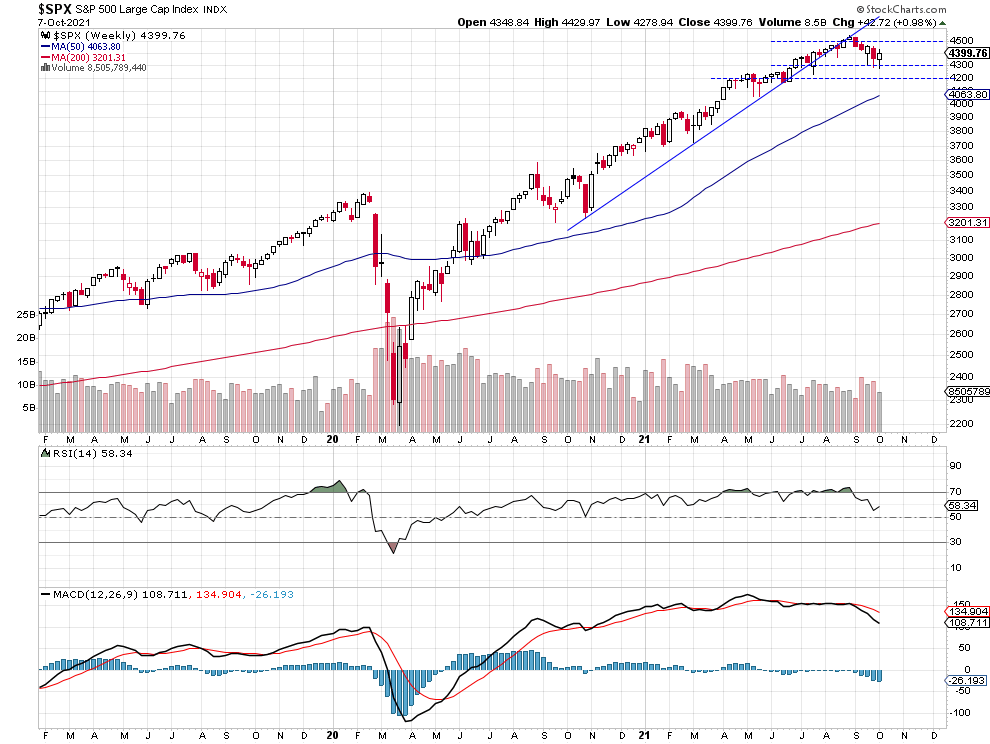 Dow Jones got back to its downward trend line

Let’s take a look at the Dow Jones Industrial Average chart. The blue-chip index also broke above its short-term consolidation yesterday. However, it remained below a month-long downward trend line. The nearest important resistance level is at 35,000, as we can see on the daily chart: 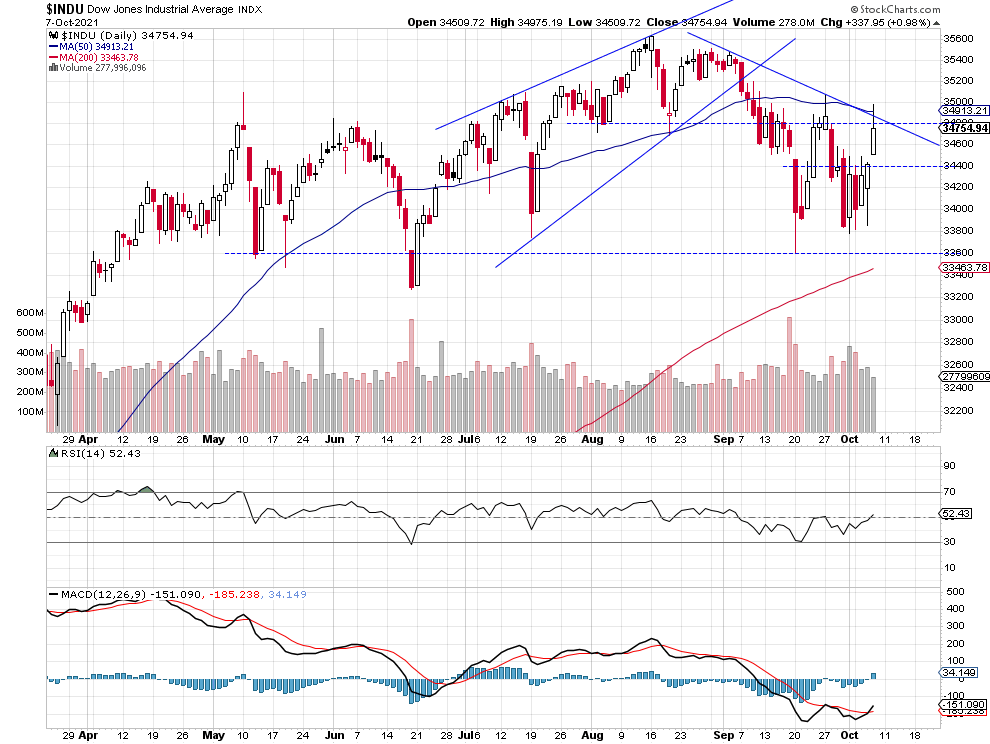 Apple is back above $142 price level again

Apple stock weighs around 6.1% in the S&P 500 index, so it is important for the whole broad stock market picture. The stock broke above $142 price level yesterday but for now it looks like a correction within a downtrend or a consolidation following the September’s decline. The resistance level is now at $144, marked by the previous local highs. 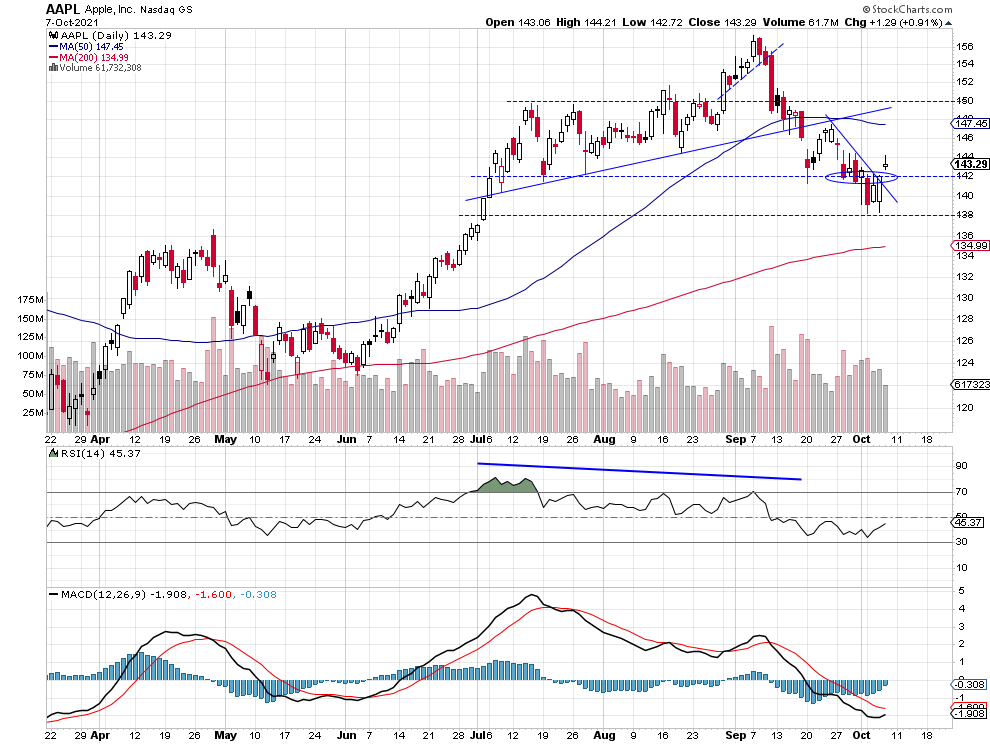 The S&P 500 index has been trading within a short-term consolidation since last Thursday. Yesterday the index broke above that consolidation and it got back above the 4,400 level. For now it looks like an upward correction following the late September’s declines.

The greenback recovers its poise as the mood partially sours, sending GBP/USD to its lowest since December 2020. Impending Brexit risks and rising covid cases in the UK weigh on the pound, fueled by persistent uncertainty about the Omicron variant.

Gold is flat and sideways in consolidating markets awaiting a catalyst. Gold is consolidating in the $1,779 and $1,793 range with markets trying to assess the outlook with regards to inflation, central banks and the uncertainty surrounding the Covid-19 variant.