US stocks rose in the futures market as investors reflected on the strong quarterly results by Alphabet and Microsoft. Microsoft’s revenue jumped to more than $45.3 billion in the third quarter, helped by the strong demand for cloud computing services. Analysts were expecting the company’s revenue to jump to $44.5 billion. Its net income for the quarter was $20.5 billion. Meanwhile, Alphabet’s revenue jumped to $65.11 billion as digital advertising grew. Its net income rose to more than $18.94 billion, which was double where it was in the same quarter last year. These companies joined other firms like JP Morgan, Goldman Sachs, and Morgan Stanley that have reported strong results.

The Australian dollar declined against the US dollar as investors reflected on the latest Australian inflation numbers. The data showed that the headline consumer price index (CPI) declined from 3.8% in the second quarter to 3.0% in Q3. This decline was worse than the median estimate of 3.1%. In the same period, the trimmed-mean CPI rose to 2.1% while the weighted mean inflation rose to 2.2%. Still, analysts expect that consumer prices will keep rising in the fourth quarter as energy prices soar. Elsewhere, in New Zealand, exports jumped to N$4.4 billion while imports rose to N$6.57 billion.

The USDCAD pair jumped to a high of 1.2415, which was the highest level since October 15. This price was substantially higher than this month’s low of 1.2287. On the four-hour chart, the pair has moved above the 25-day and 50-day moving averages. It also moved slightly above the neckline of the inverted head and shoulders pattern. The MACD has also moved above the neutral level. Therefore, the pair will likely keep rising as bulls target the next key resistance level at 1.2500. 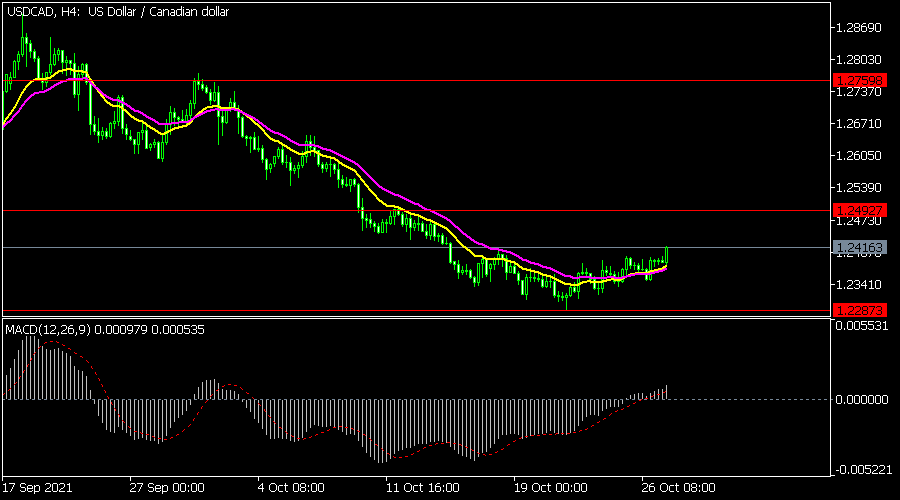 The EURUSD has little changed ahead of the latest European Central Bank (ECB) interest rate decision. It is trading at 1.1595, which was lower than the neckline of the triple-top pattern at 1.1620. On the four-hour chart, the pair moved between the lower and middle lines of the Bollinger Bands indicator. It also declined below the 25-day moving average. Therefore, the pair may keep falling as bears target the next key support at 1.1550. 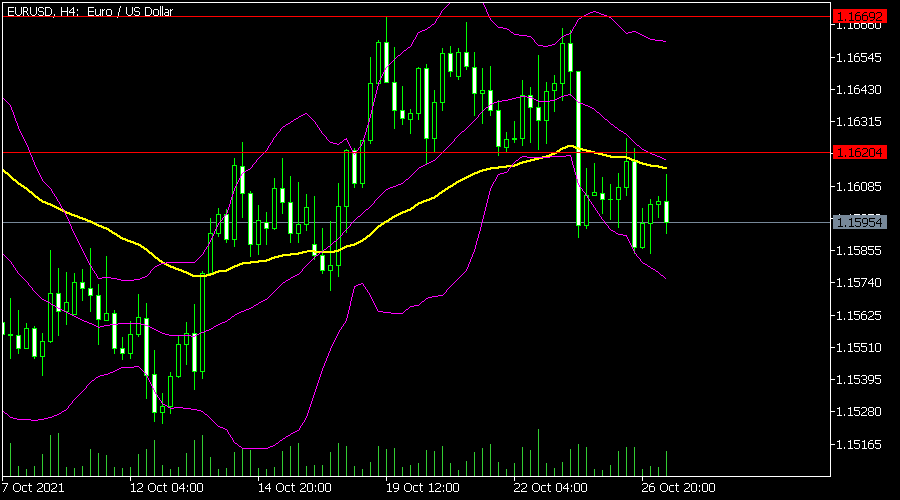 The GBPUSD made a bearish breakout as traders waited for Rishi Sunak’s budget speech. It declined to a low of 1.3725. On the four-hour chart, the pair moved below the lower side of the ascending channel. It also approached the 50% Fibonacci retracement level. The MACD also declined below the neutral level while the RSI has been in a bearish trend. Therefore, the pair will likely keep falling as bears target the next key support at 1.3650. 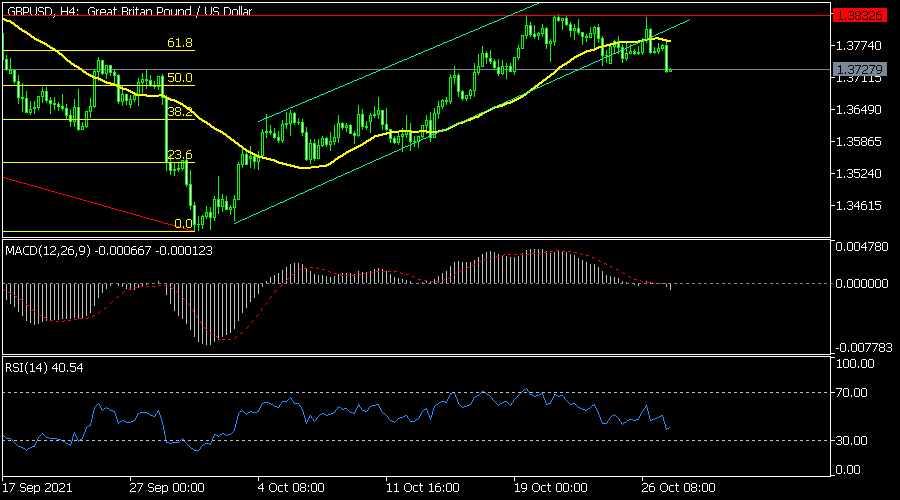