Summary: The Australian Dollar (AUD/USD) soared 0.60% to 0.7230 (0.7187) after the RBA surprised markets, delivering a 50-bps rate hike. Most participants expected a rise in the Cash Rate of between 0.25-0.40%. It was the biggest move in Australian interest rates in over 2 decades. Elsewhere in Asia, traders drove the US Dollar to fresh 20-year highs against the Japanese Yen (133.00) on the widening interest rate differentials between the two currencies. The USD/JPY pair eased in late New York to 132.60 with participants wary of any verbal intervention from Japanese officials. While BOJ Governor Haruhiko Kuroda has argued that a weak Yen would be beneficial to the Japanese economy, any large swings in the currency will prompt verbal intervention. A drop in the benchmark US 10-year treasury yield to 2.97% from 3.03% prevented the Greenback from moving higher. Other global bond rates were also lower but to a lesser degree. Elsewhere, the British Pound (GBP/USD) rallied 0.52% to 1.2590 (1.2525) after British Prime Minister Boris Johnson won a no-confidence vote, albeit by a tight margin. Earlier in the trading session, Sterling hit a low at 12430 in volatile trade. The Euro (EUR/USD) edged up against the broadly based weaker Greenback to 1.0707 after tumbling earlier to 1.0652 overnight lows. Against the Asian and Emerging Market Currencies, the US Dollar was mixed. Against the Singapore Dollar, the Greenback dipped to 1.3742 (1.3780) while USD/THB (Dollar-Thai Baht) was little changed at 34.40 from 34.45. Risk appetite was mixed, moving from risk-off to risk-on. Wall Street stocks rallied at the close. The DOW finished up 0.59% to 33,118 (32,858) while the S&P 500 climbed to 4,150 from 4,114 yesterday.

Trading Perspective: An easing in US treasury bond yields saw the Dollar track lower against most of its Rivals, apart from the USD/JPY pair. The Dollar Index, a popular gauge of the Greenback’s value against a basket of 6 major currencies, eased to 102.30 from 102.40 yesterday. We can expect resistance to further USD strength as other countries lift interest rates, and the yield differentials narrow. Even the USD/JPY pair, which traded to fresh 20-year highs will face stiff resistance at 133.00 with Japanese officials vigilant. Japan released its quarterly GDP number just now which resulted in a better-than-expected -0.1% against median estimates -0.3% against a previous -0.2%.

Immediately following the release, USD/JPY rallied to 132.80 from 132.60 earlier. The one thing we can anticipate is further FX volatility. 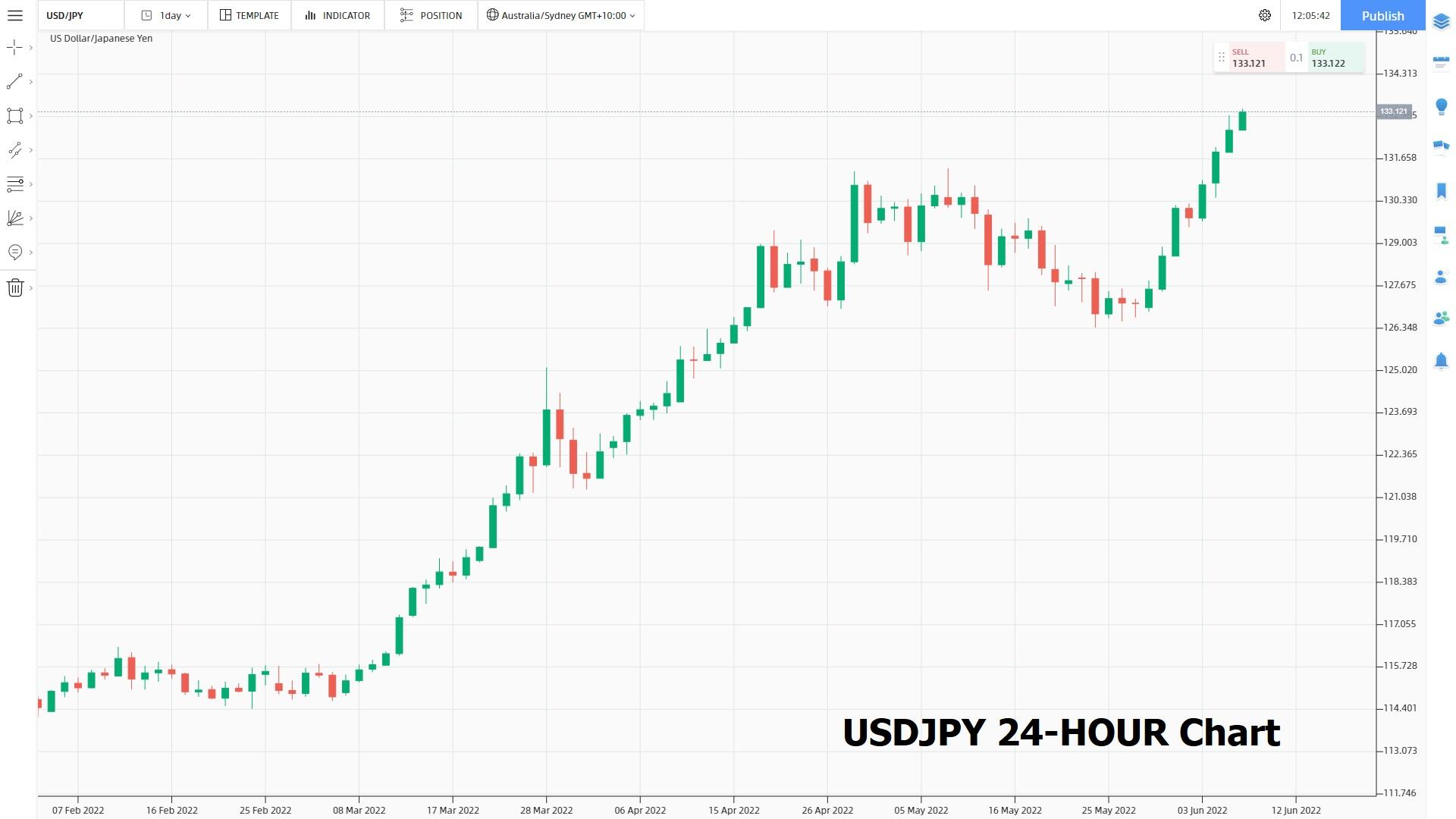 Have a good Wednesday ahead all, happy trading.