The Fed giveth, the Fed taketh away – hawkishness has come in June and may disappear in July, this time carrying the dollar down rather than up. Federal Reserve Chair Jerome Powell is scheduled to testify on Capitol Hill on Wednesday and he may convey a more cautious message. Without an urge to taper bond-buys, the greenback could lose some of its gains.

Why would Powell return to his dovishness? Here are three reasons.

In mid-June, the Fed shocked investors by signaling two rate hikes in 2023. Moreover, Powell clearly said that reducing the bank's purchase of bonds is now on the agenda. However, in the meeting minutes from that meeting – released in early July after editing – the world´s most powerful central bank seemed more cautious.

While tapering is on the agenda, the Fed seemed to be patient about any further move and insisted on seeing "further substantial progress." Some 6.8 million Americans have yet to return to their pre-pandemic jobs and the Fed is not buying the low unemployment rate.

Officials are following gauges such as the Labor Force Participation Rate (LFPR) which remains under 62% and also the employment-to-population ratio, which is depressed under 59%. The Fed's Thomas Barkin has recently said he wanted to see the latter figure top 59% before considering tapering.

LFPR knocked down by the pandemic:

One of June's shockers was that the Fed seemed to abandon its message on inflation. Early in the year, the bank advised that annual price rises in the spring would leap due to base effects – plunges in costs the same time last year. It also stressed that the rapid reopening is causing bottlenecks that result in "transitory" price costs.

However, it responded to higher costs in April and May by second-guessing itself, opening the door to the option that price rises are more persistent and could stick. Fed Vice-Chair Richard Clarida set year-end as the time when he would know if higher inflation is here to stay or not.

However, shortly after the Fed cast doubts on its own assessments, there are signs that its initial instinct was correct – some of the drivers of inflation are climbing down. One of the most significant components of price surges came from the costs of used cars.

The urge to drive around after lockdowns and the low supply of new cars due to the global chip shortage sent second-hand automobile prices skyrocketing. They remain high, but prices have dropped in June. 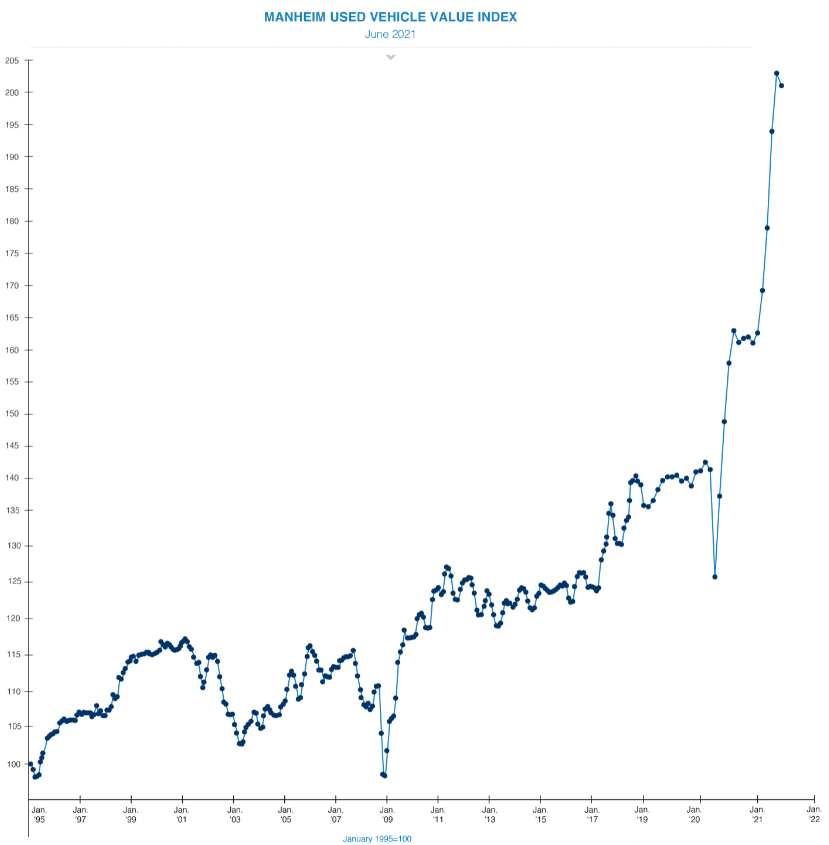 Driving both new and used cars remain costly, as oil prices remain at elevated levels. However, not all commodities have been able to hold onto high ground. The pandemic has pushed many Americans to upgrade their homes, now more in use as offices. That sent lumber prices to high orbit.

However, the downfall was quick as well and sharper than the fall in clunker prices. 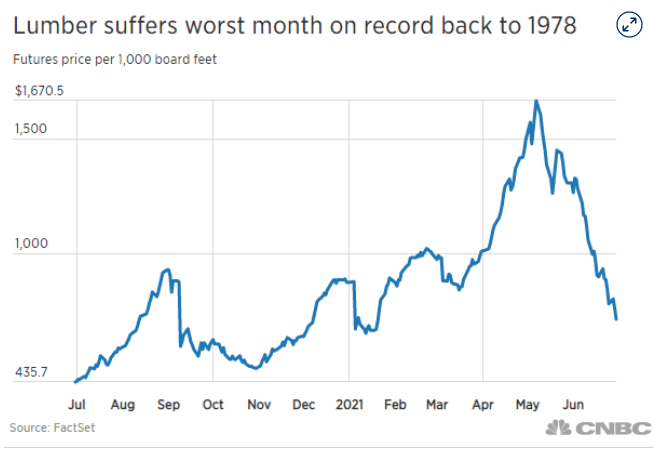 Such developments could cause Powell to have, at least, more patience in assessing inflation and the need to combat it by printing fewer dollars or raising borrowing costs.

The covid crisis seemed to be fading out as Americans were getting vaccinated in droves. The focus shifted from a depressed economy to one that could overheat due to the quick return to normal and elevated monetary and fiscal stimulus. However, that assumption may have come too soon.

Covid is making a comeback via the highly transmissible Delta variant first identified in India, which has reached American shored and is already causing an increase in cases. According to some estimates, infections are up some 94% in the past two weeks. 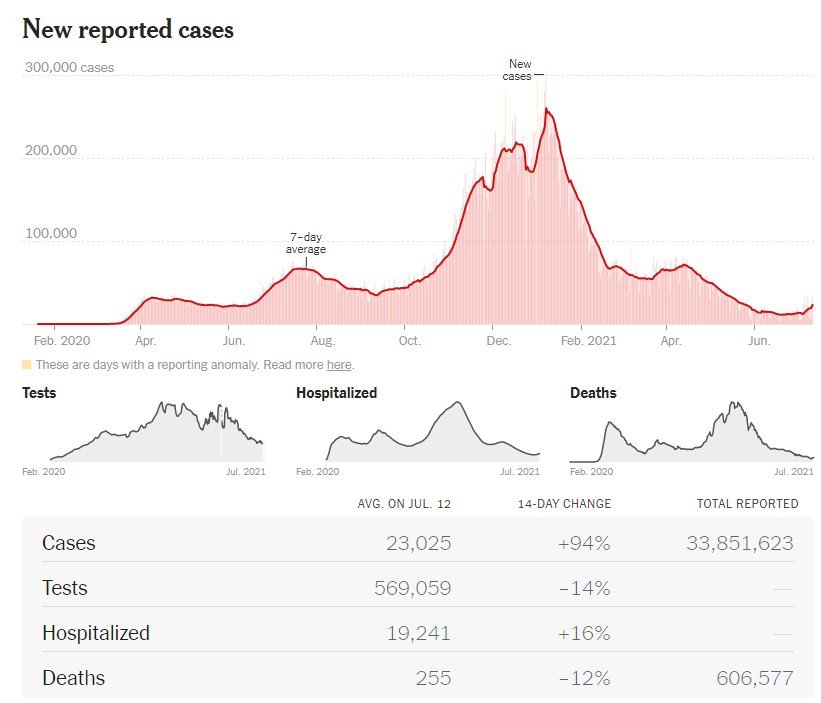 Are state governors set to introduce new lockdowns? Not so fast, but people's behavior may change in ways that could cool employment and inflation – the Fed's two mandates.

Moreover, after reaching a peak of over 3 million inoculations per day, fewer than 600,000 Americans receive shots every day. Some 55% of the population has received one dose and 48% two doses. Europe is set to surpass the US.

The looming threat of another virus setback could also cause Powell to strike a more worried tone.

Powell's mid-July testimony could mark a dovish shift – or at least a retreat from previous hawkishness – and that could weigh on the dollar.

EUR/USD struggles to pull away from multi-week lows, holds near 1.1270

EUR/USD stays deep in the negative territory near 1.1270 during the American trading hours on Tuesday as the greenback continues to outperform its rivals. The data from the US showed that the CB Consumer Confidence Index declined to 113.8 in January from 115.2 in December.

GBP/USD fell to its weakest level in three weeks below 1.3450 on Tuesday and seems to be having a difficult time staging a convincing rebound. Safe-haven flows continue to dominate the financial markets following the mixed data releases from the US.

Activision Blizzard could see its games thrust into the mainstream spotlight. Microsoft is set to release its FY2022 Q2 earnings on Tuesday after the close.