Jerome Powell at FOMC meeting on June 15, 2022 from the Fed's website.

Powell testified before Congress on June 22 and June 23 on inflation and an economic slowdown.

At the Congressional sessions, Powell Was Pressed Over How Fed Would Respond to Economic Slowdown.

It's not Putin's fault. Price controls don't work. It's not price gouging by big corporations. More oil production would help.

With that, Powell blasted the position of president Biden, senator Elizabeth Warren, and all the Progressives.

The most important takeaway is Powell's position that the Fed will stick to its course of beating inflation even at the expense of recession and job losses.

Unfortunately, there is no link to the Q&A session, just Powell's Prepared Remarks.

Inflation has obviously surprised to the upside over the past year, and further surprises could be in store. We therefore will need to be nimble in responding to incoming data and the evolving outlook. And we will strive to avoid adding uncertainty in what is already an extraordinarily challenging and uncertain time. We are highly attentive to inflation risks and determined to take the measures necessary to restore price stability. The American economy is very strong and well positioned to handle tighter monetary policy.

To conclude, we understand that our actions affect communities, families, and businesses across the country. Everything we do is in service to our public mission. We at the Fed will do everything we can to achieve our maximum-employment and price-stability goals.

Thank you. I am happy to take your questions.

What about quantitative tightening (QT)? 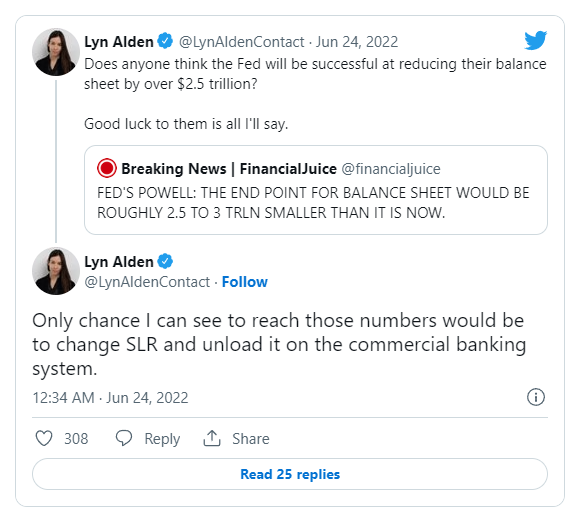 SLR is the supplementary leverage ratio with which banks calculate the amount of common equity capital they must hold relative to their total leverage exposure. Large US banks must hold 3%. 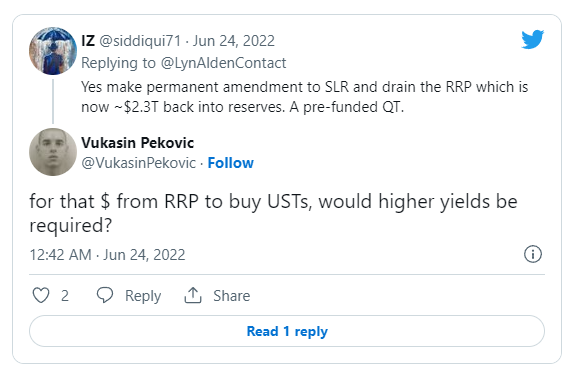 Continuing along, IORB is Interest on Reserve Balances and MMF stands for Money Market Funds, and WAM is Weighted Average Maturity. 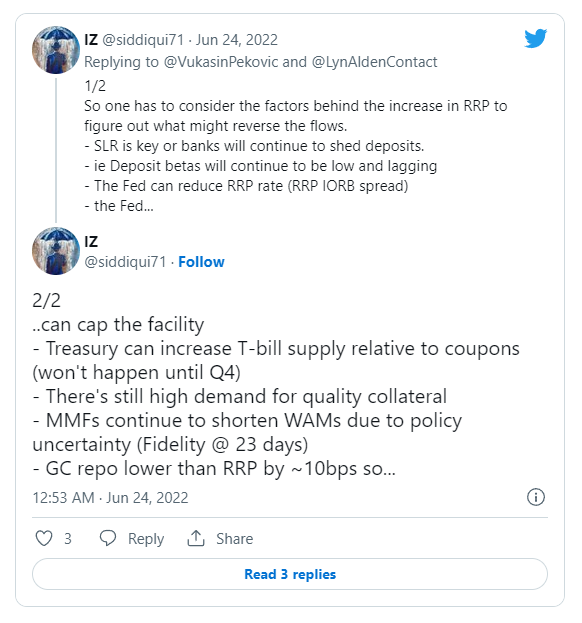 This discussion is not easy to understand. My point is to show it's not that simple to say "just do it."

Damn the asset bubbles on the way up, QE is a lot easier to conduct than QT. It's hard to slowly let air out of a bubble using a pin as a tool.

Blunt instrument or a pin? 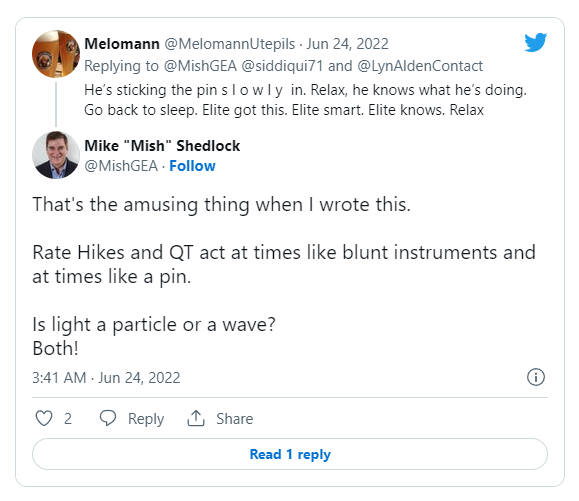 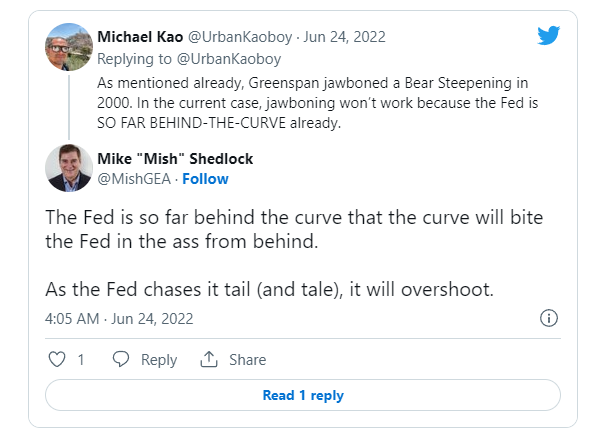 What does Powell believe?

Do Powell and Treasury Secretary Yellen really believe the Fed can concoct a soft landing?

Will Powell do what he says?

That's really what it boils down to.

Most market followers believe the Fed will blink.

My position is a bit different. I think the Fed is so fearful of inflation now, they actually overshoot neutral by a lot. Neutral is the magic rate that is neither simulative nor recessionary.

To bring down inflation, Chicago Fed President Charles Evans said the Fed might have to hike above neutral.

The Fed does not know where neutral is, neither do I, nor does anyone else. Only a free market in rates can possibly find it.

Given massive debt levels and leverage, I suspect neutral is far lower than nearly everyone I follow.

And if the Fed does overshoot neutral by a lot, yes, it will hammer inflation via demand destruction and reverse wealth impact.

For discussion, please see The Fed Searches For the Neutral Interest Rate, Where the Heck Is It?

US is in recession now, Q&A on why

Meanwhile, I'm tired of this nonsense that a recession might be coming and the Fed might deliver a soft landing,

Regarding the Fed's fairy tale, I've Seen Enough, the US is in Recession Now, Q&A on Why

Recession is here already. The question is not whether we have a recession, but rather how deep and how long.