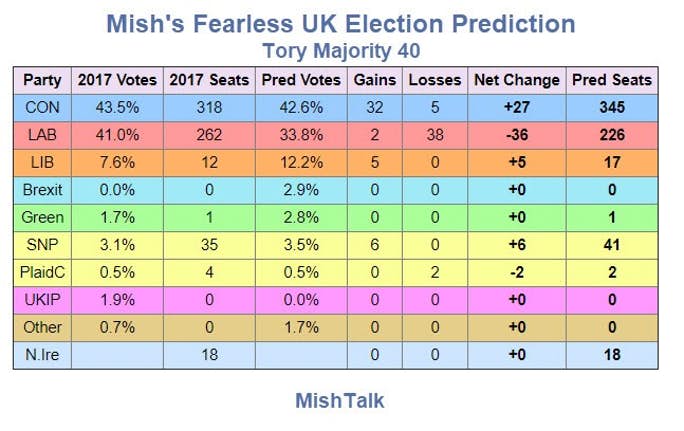 A Word About Predictions

Predictions can make one look like a genius or a fool.

In reality, no one is a genius, just lucky. And arguably, the only thing foolish is making predictions in the first place. So, take my projections with a grain of salt.

But I do have a methodology. It's based on Multi-Level Regression and Poststratification (MRP).

For a discussion of MRP, please see my December 8 post Number Crunching the Polls Points to Big Tory Win.

Don't knock the idea or YouGov if you do not understand what this is all about.

YouGov does not disclose its MRP and neither does Baxter, for obvious reasons.

Why Use Baxter's Model?

Why Use YouGov Data?

The data I entered into Electoral Calculus is from [MRP Methodology, Tables and Figures](https://d25d2506sfb94s.cloudfront.net/cumulus_uploads/document/uk714vkjy3/MRP_Tables_2019_Election_Public_Release%20(5%29.pdf) on December 10. 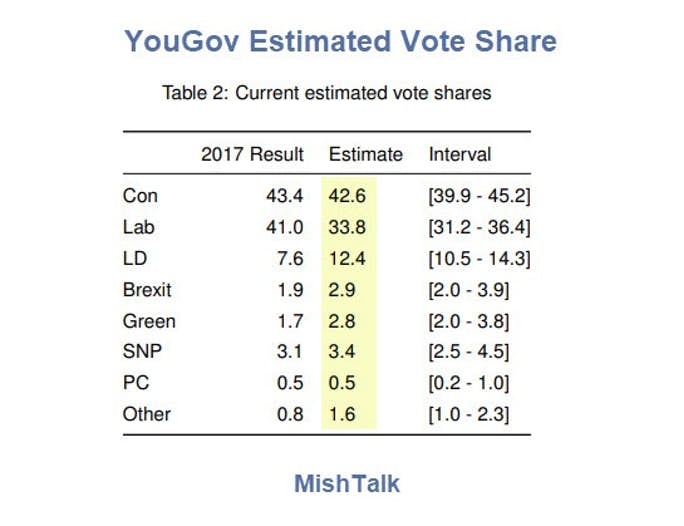 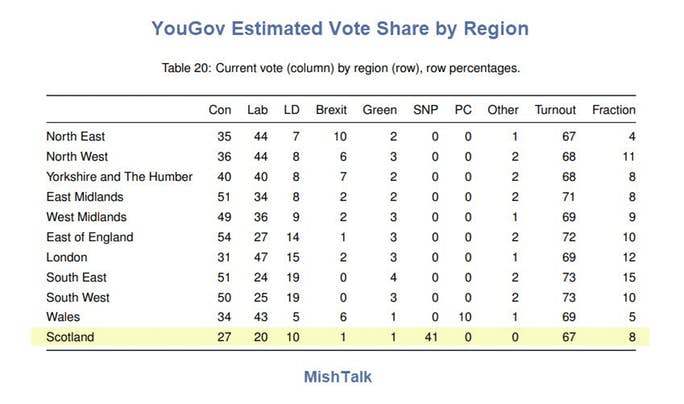 I plugged those numbers into the Electoral Calculus Base Calculator + Scotland and then again into the regional calculator. 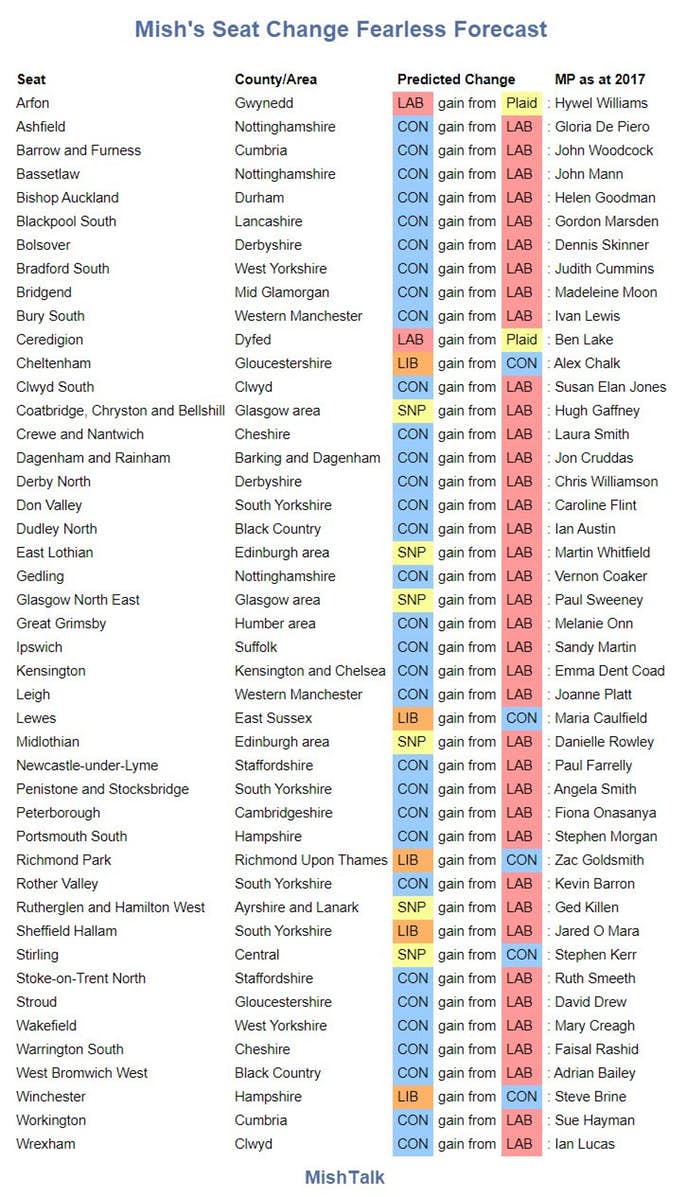 If the above expectations are in the ballpark, tactical voting will cost the Liberal Democrats dearly, perhaps as many as 10-15 additional seats.

For a Tory majority and a handful of extra seats, with Jeremy Corbyn still potentially hanging on.

Instead, I expect the Lib Dems to get about 17 seats. And the more tactical voting there is, the fewer pickups for the Lib Dems there will be.

The YouGov Final Projection is a Conservative Majority of 28.

As explained above, I estimate 40.

Any majority of 10 or greater is likely to be very stable and "Get Brexit Done".

Even 5 might suffice for 5 years because once animosity over Brexit is over, DUP will again side with the Tories in most legislative matters.