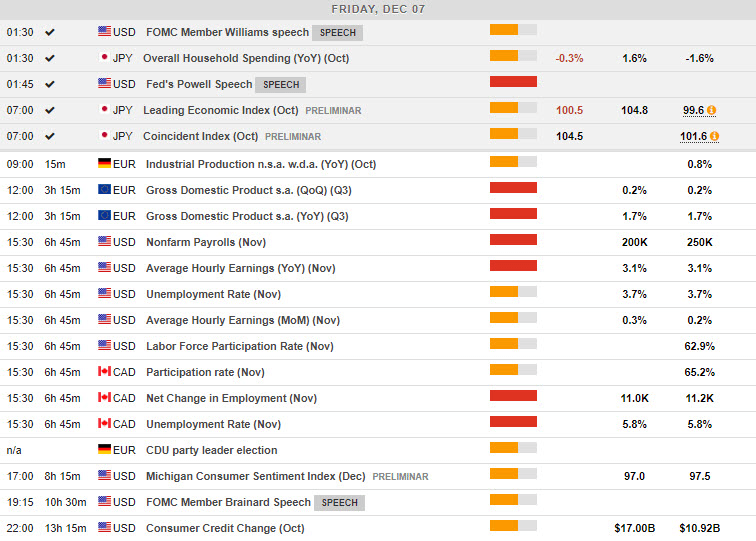 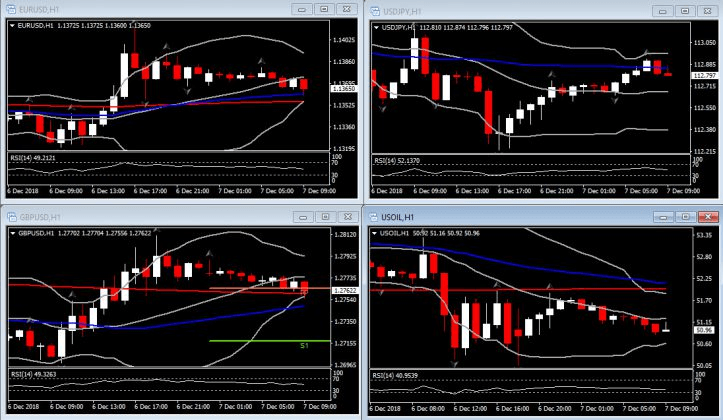 European GDP – Expectations – The Q3 GDP growth, which is expected to be confirmed at 0.2% q/q, lower than initially expected and partly reflecting the -0.2% q/q contraction in Germany that quarter.

Nonfarm Payrolls – Expectations –  NFP are projected rising 200k after a solid 250k increase in October. Payrolls are averaging 213k so far this year, up from 182k in 2017 and 195k in 2016. The unemployment rate is expected to remain at the 49-year low of 3.7%. Attention will be on average hourly earnings, which should rise 0.2% on the month.

Prelim UoM Consumer Sentiment – Expectations – The Michigan sentiment index likely edged up to 97.8 in December after dipping to 97.5 in November. Overall, the index remains at a high level, though now further below the 14-year high of 101.4 in March.