The Turkish lira has taken a beating after Turkish President Tayyip Erdogan stated that ambassadors from ten western countries, including the United States, France, and Germany, are no longer welcome in Turkey after these nations demanded the release of a well-known businessman, Osman Kavala. In 2016, Osman Kavala allegedly assisted in a failed coup attempt against Erdogan's government. Kavala has denied any ties to Fethullah Gulen, an Islamic cleric based in the United States who is believed to be the mastermind behind the attempted takeover. President Tayyip Erdogan has taken offence to the request by Western countries as he deems that they are contesting Turkey’s independence and its judicial system.

Below is the chart for USD/TRY which shows that this could be the best time to short the USD/TRY pair as the RSI has extended its move to extreme overbought level. Despite all the news and noise on the fundamental side, technical are clearly indicating that this is not a great time to go long on the USD/TRY. 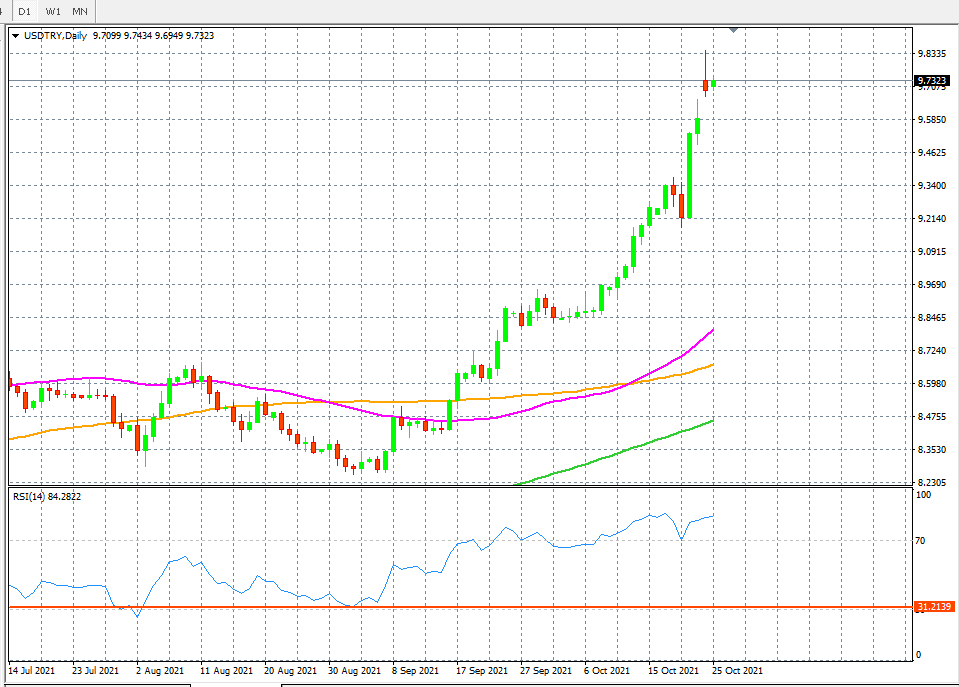