Economic data released yesterday saw Japan’s March Preliminary Industrial Production fall to 0.3% against median expectations of 0.5% and a previously upward revised 2.0%. Japanese March Retail Trade rose month on month to 2% from a previous -0.9% and year on year to 0.9% from -0.9%. New Zealand’s April ANZ Bank Business Confidence dipped to -42 from -41.9. Australia’s Q1 Export Price Index rose to 18% from a previous 3.5%, beating median estimates at 3.7%. Germany’s April Harmonised Index of Consumer Prices year on year climbed to 7.8% from 7.6%, beating median estimates at 7.6%. US Q1 Preliminary Annualised GDP fell to -1.4% against expectations of 1.1% and the previous quarter’s 6.9%. US Weekly Unemployment Claims were at 180,000 from a previous 185,000, and forecasts at 178,000.

Trading Perspective: The Greenback continued to grind higher against its rivals to varying degrees. This time it was the Japanese Yen which succumbed most after the Bank of Japan kept its ultra-easy monetary policy, keeping the scale of its asset purchases unchanged. FX volatility picked on the rising divergence between global central banks. The US Federal Reserve is expected to deliver a 50- basis point rate hike when it meets next week, following a quarter point hike in March. This will keep the Dollar underpinned, allowing the Greenback to stay “king” of FX. Overnight, the benchmark US 10-year bond yield was up 10 basis points to 2.82%. In contrast, Japan’s 10-year JGB rate dipped two basis points to 0.21%. Other global treasury rates though rose but the yield differentials remained in favour of the US currency. Watch those differentials. Any narrowing of those yield gaps between the US and its rivals could trigger overstretched speculative Dollar long bets to head for the exits. 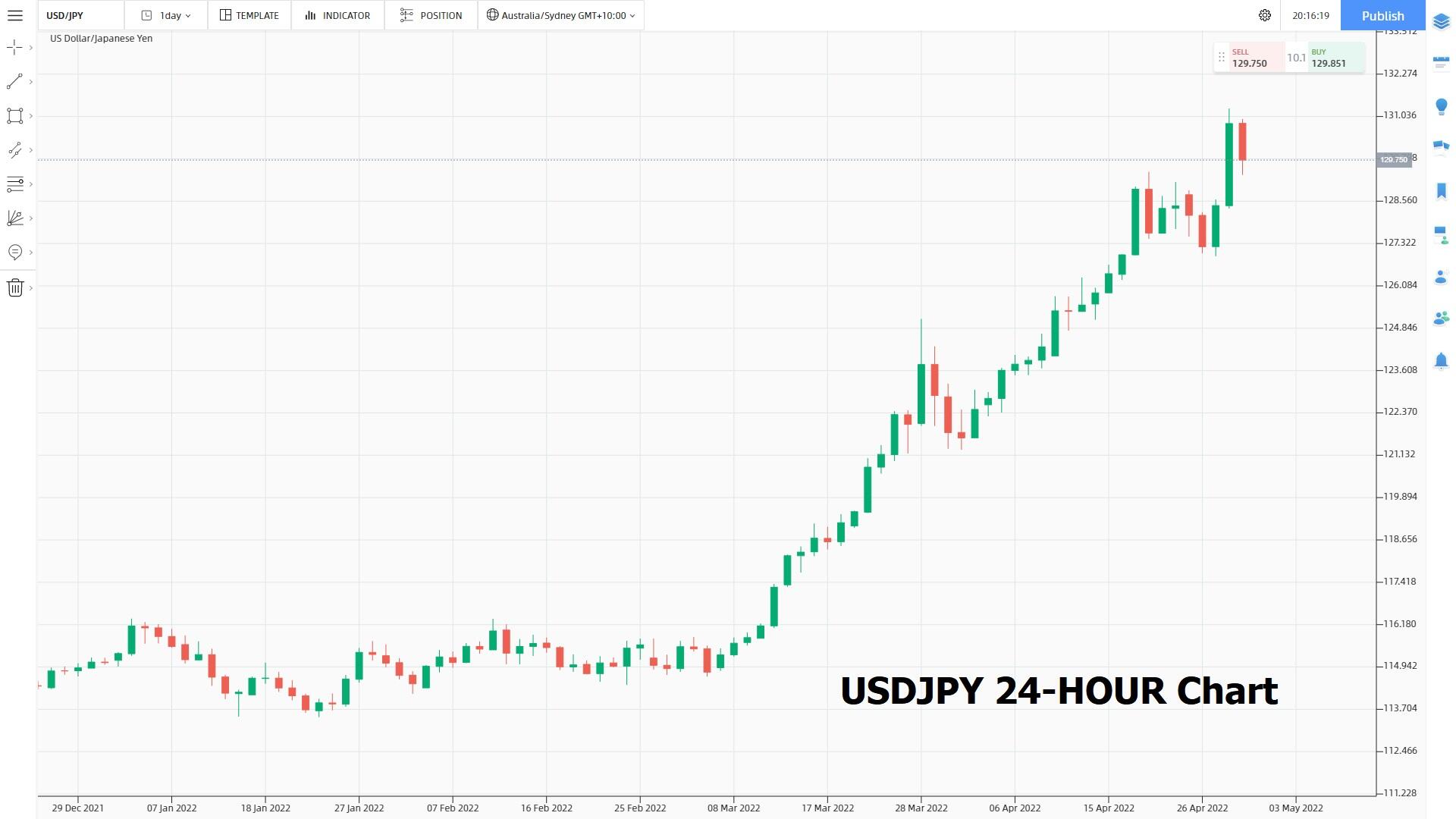