The XAU/USD pair stayed in a consolidation phase below $1,850 at the start of the week but came under strong bearish pressure on Wednesday and lost more than 1%. Nevertheless, gold managed to stage a rebound and rose to $1,840, closing in the positive territory for the second straight week.

The data published by the US Bureau of Labor Statistics revealed on Wednesday that annual inflation, as measured by the Consumer Price Index (CPI), surged to 4.2% in April from 2.6% in March. This reading surpassed the market expectation of 3.6% by a wide margin and triggered a rally in the US Treasury bond yields. The benchmark 10-year US T-bond yield gained nearly 5% and rose above 1.7% for the first time in a month. Consequently, the greenback outperformed its rivals and forced XAU/USD to fall sharply.

On Thursday, the US Department of Labor reported that the weekly Initial Jobless Claims declined to 473,000 from 507,000. With this upbeat reading providing a boost to risk sentiment, Wall Street’s main indexes recovered decisively and made it difficult for the USD to preserve its strength. The renewed USD weakness allowed XAU/USD to gain traction.

The US Census Bureau announced on Friday that Retail Sales in April stayed unchanged at $619.9 billion, compared to analysts’ estimate for an increase of 1%. Additionally, Industrial Production expanded by 0.7% in April while the University of Michigan’s Consumer Sentiment Index declined to 82.8 in May from 88.3. Despite the uninspiring data, risk flows continued to dominate the financial markets and the S&P 500 Index rose more than 1% for the second straight day. Moreover, the 10-year US T-bond yield fell 1% and helped gold push higher ahead of the weekend.

Next week will be relatively quiet with regards to significant macroeconomic data releases. Industrial Production and Retail Sales data will be featured in the Chinese economic docket on Monday.

On Tuesday, market participants will keep a close eye on the first-quarter GDP data from the eurozone and the UK labour market report. On Wednesday, the CPI figures for the euro area and the UK will be released before the FOMC publishes the April Meeting Minutes at 1800 GMT.

Finally, the IHS Markit will publish the preliminary Services and Manufacturing PMI reports for the euro area, Germany, the UK and the US.

None of these events are likely to trigger a significant market reaction and investors will remain focused on developments surrounding inflation expectations. The inverse correlation between the gold price and the 10-year US Treasury bond yield is expected to remain intact. 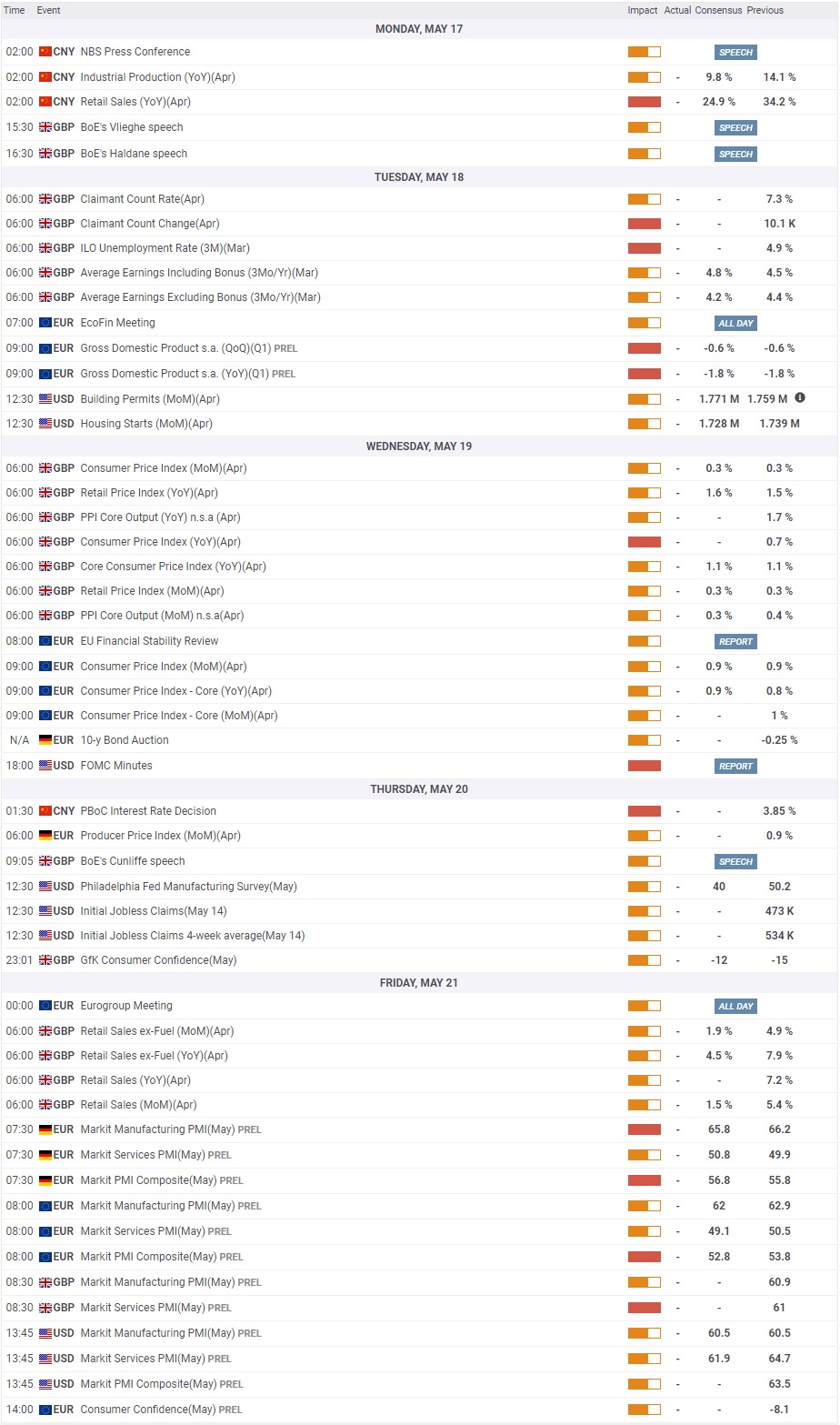 On the daily chart, strong resistance seems to have formed at $1,850, where the 200-day SMA and the Fibonacci 61.8% retracement of the January-March downtrend meets. A daily close above that level could attract buyers and open the door for additional gains toward $1,860 (static level) and $1,875 (static level, January 21 high, January 29 high).

In the meantime, the Relative Strength Index (RSI) indicator on the daily chart stays between 60 and 70, suggesting that the pair has more room on the upside before becoming technically overbought.

According to the FXStreet Forecast Poll, gold remains slightly bullish in the near term with a one-week average target of $1,839. The one-month view paints a mixed picture and sees gold trading near $1,830 by mid-June. 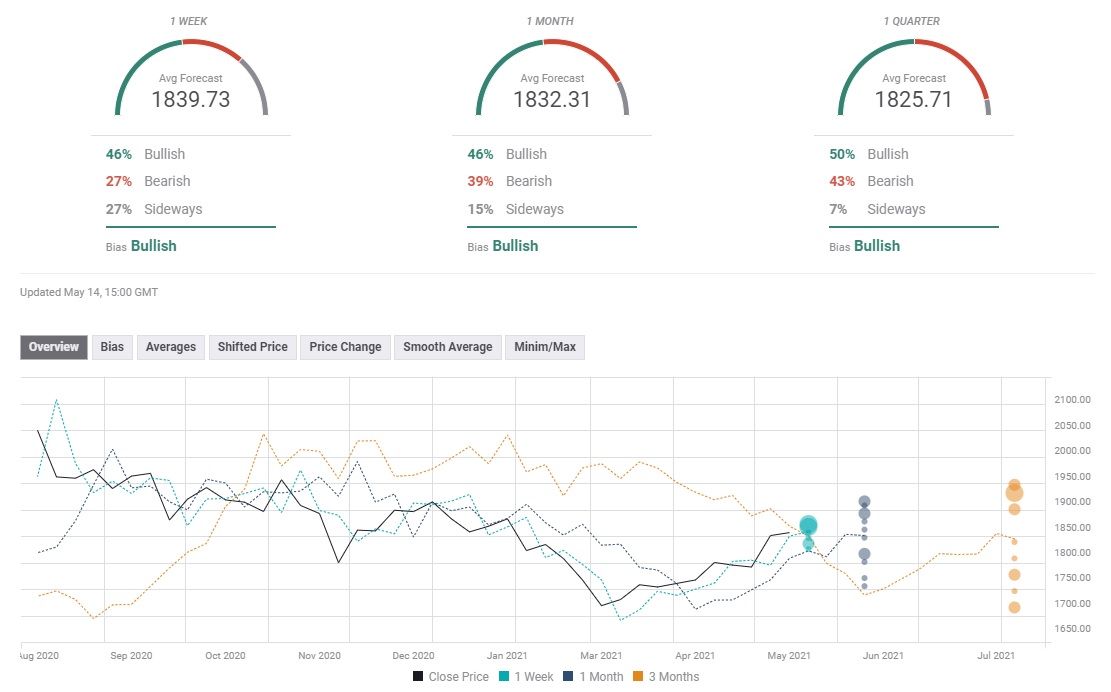