Several of the major markets appear to be stuck in a loop of uncertainty right now, and gold is no different. This gives rise the consistent breaking of trendlines. The search for ever shallower trendlines, means ever reduced conviction and effectively a market that ultimately is struggling for direction. We have spoken frequently of the importance of the old pivot band $1902/$1926 and it still seems as though this remains a key area which is effectively a neutral zone. As the market again struggles to break back above $1900 this morning, we see again a lack of direction. With the bull failure earlier this week at $1933, we note a shallow two month downtrend (today at $1929) that helps to counter what is a fairly shallow six month uptrend (today at $1881). There is a lack of conviction on momentum, with RSI and MACD lines all but flat just under their neutral points, and so we wait for real direction to emerge once more. The constant risk-on/risk-off of newsflow surrounding the US fiscal stimulus is playing into this lack of technical direction right now. Initial support at $1882 and $1873. Resistance initially at yesterday’s high of $1912 and then $1933. 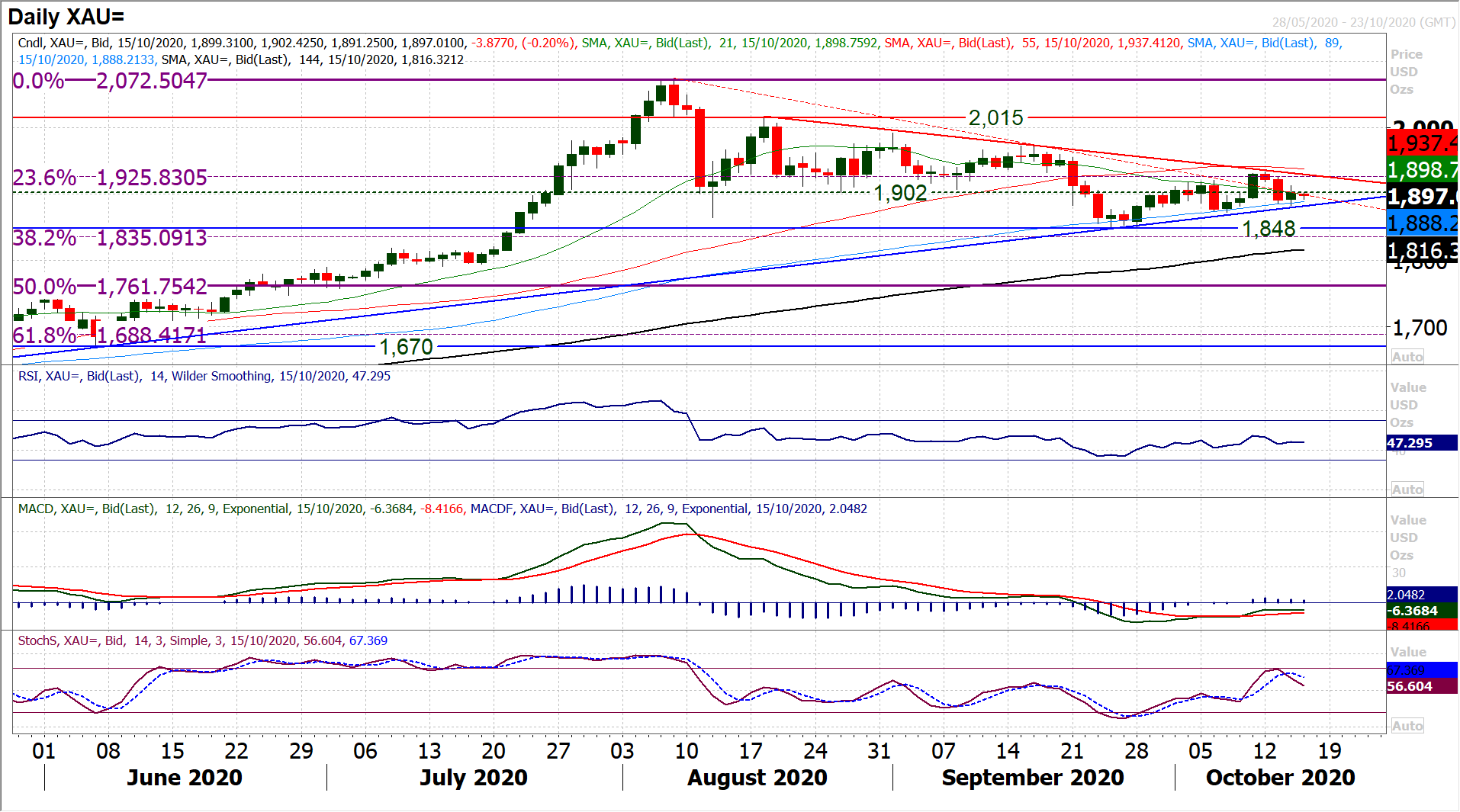