Global stocks started the month well as the market focused on strong corporate earnings from around the world. 60% of all companies in the S&P 500 index have published their first quarter results. More than 80% of these companies have released strong earnings that are better than analysts were expecting, according to data compiled by FactSet. The earning season will continue this week, with top companies like Roku, Carvana, Pfizer, and Alibaba expected to release. In Europe, firms like Volkswagen, Infineon, and BMW will publish their results.

The Australian dollar was in a tight range today as the market waited for the RBA interest rate decision that is scheduled for tomorrow morning. The bank is expected to leave interest rates and other pandemic response tools unchanged in a bid to support the recovery. However, since the Australian economy has been relatively strong, the bank could shift its tone from relatively dovish to hawkish. In Australia, the manufacturing and services sectors have rebounded while house prices in places like Melbourne and Sydney have kept rising.

The euro had a relief rally today after it declined by almost 1% on Friday last week. This happened even after relatively weak economic data from Europe. According to Markit, the Eurozone manufacturing PMI declined from 63.3 in March to 62.9 in April. This decline was worse than the expected 66.4. In Germany, France, and Spain, the PMI declined to 66.2, 58.9, and 57.7, respectively. While a PMI reading of 50 and above is a sign of expansion, a downward trend tends to be concerning. The euro possibly rose because of strong German retail sales. In March, sales rose by 11% year-on-year and by 7.7% month-on-month.

The four-hour chart shows that the EUR/USD pair rose from the Friday low of 1.2011 to 1.2050. The price is still below the lower side of the ascending channel and is below the 25-day and 15-day exponential moving averages (EMA). Still, a closer look at the chart shows that it is forming a head and shoulders pattern, which is usually a bearish sign. Therefore, in the short-term, the pair may keep rising as it tries to form the right shoulder and then drop. 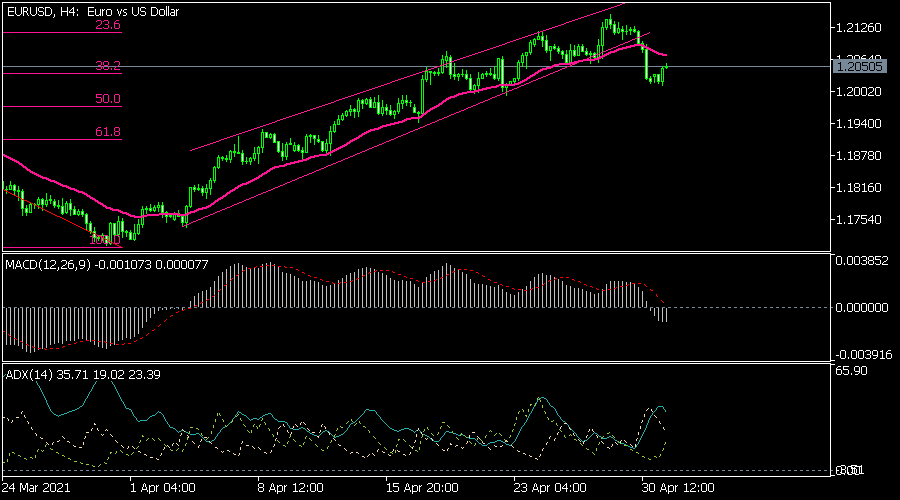 The AUD/USD pair is in consolidation mode ahead of the RBA interest rate decision. On the four-hour chart, the pair is at the neckline of the double-top pattern that formed in the past few weeks. In technical analysis, a double top is usually a bearish sign. The price is also slightly below the 25-day and 15-day EMA and is slightly above the 61.8% Fibonacci retracement level. Therefore, it could keep declining especially if bears manage to move below the support at 0.7690. 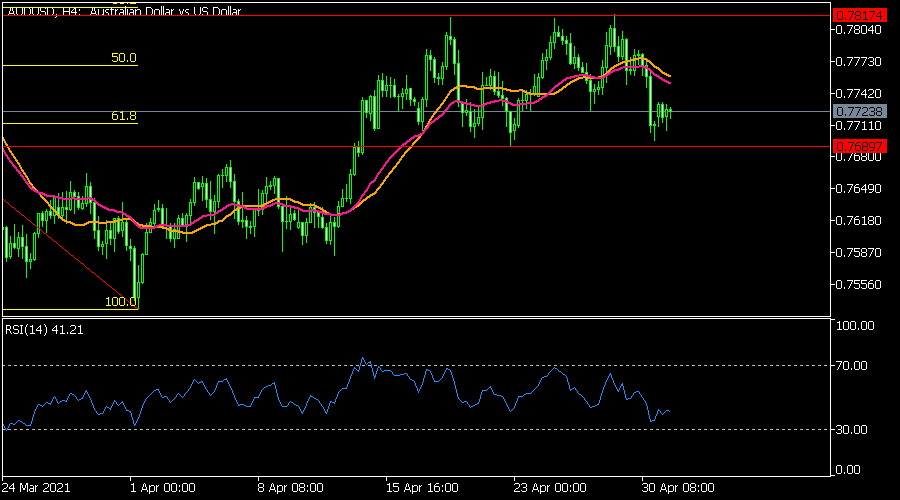 The BTC/USD price is little changed as market attention shifts to Ether, which has risen to an all-time high of more than $3,150 today. The BTC/USD pair is trading at 58,470, which is close to the important resistance at 60,000. On the four-hour chart, the pair is above the 25-day moving average while the RSI has moved to the overbought level of 70. The price is above the 38.2% Fibonacci retracement level. Therefore, the pair may keep rising as bulls target 60,000. 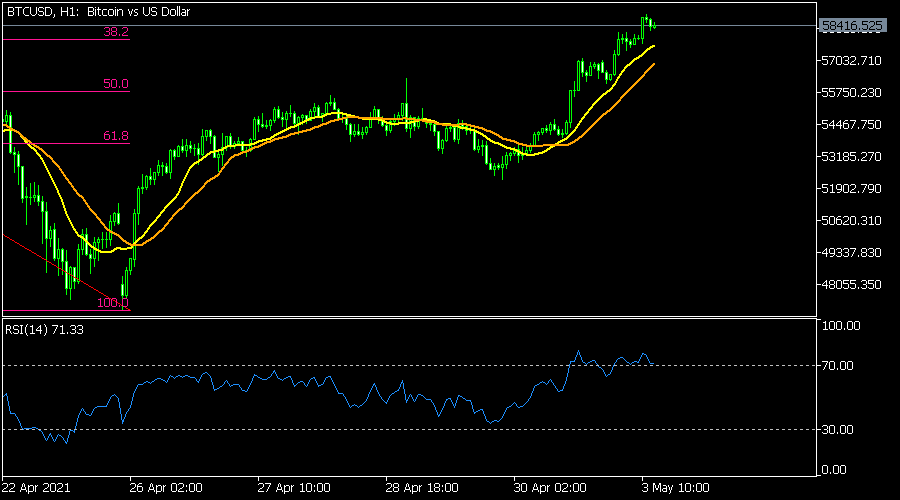