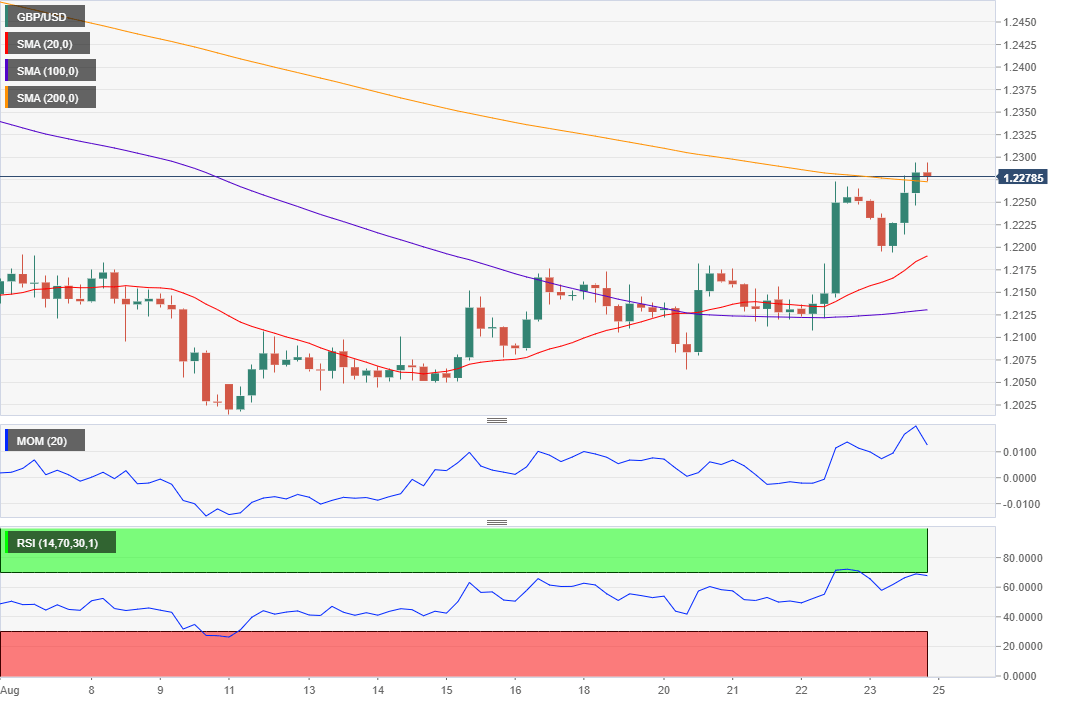 The GBP/USD pair flirted with the 1.2300 figure late Friday, ending the week with substantial gains around 1.2280, backed by Brexit hopes and the dollar’s broad weakness. Weekend headlines related to the future of a trade deal showed crossed accusations on whether who will be responsible for a no-deal Brexit. EU Council President, Donald Tusk, said that the Union is willing to help the UK, although not in the case of a no-deal. UK PM Boris Johnson responded that if the EU “don’t want a no-deal Brexit, then we’ve got to get rid of the backstop from the treaty.” Meanwhile, news indicated that PM Johnson had asked the UK’s attorney general, whether Parliament could be shut down for five weeks, to prevent MPs forcing a further extension to Brexit. That said, the GBP/USD pair could seesaw between gains and losses at the weekly opening, as the Pound could be negatively affected by no-deal concerns, while the US would likely suffer from trade tensions. There are no macroeconomic releases scheduled in the UK this Monday.

The GBP/USD pair settled around the 50% retracement of its latest daily slide, measured from 1.2557 to 1.2014. Technical readings in the daily chart suggest that the rally may continue, as the pair broke above a still bearish 20 SMA, while technical indicators maintain their bullish slopes well into positive territory.  The 61.8% retracement of the mentioned decline comes at 1.2350, with the bullish case turning firmer on a break above it. In the 4 hours chart, the pair is also poised to extend its advance, having surpassed by a few pips its 200 SMA and with the 20 SMA extending its advance above the 100 SMA, both below the current level. Technical indicators retain their upward slopes near overbought levels.