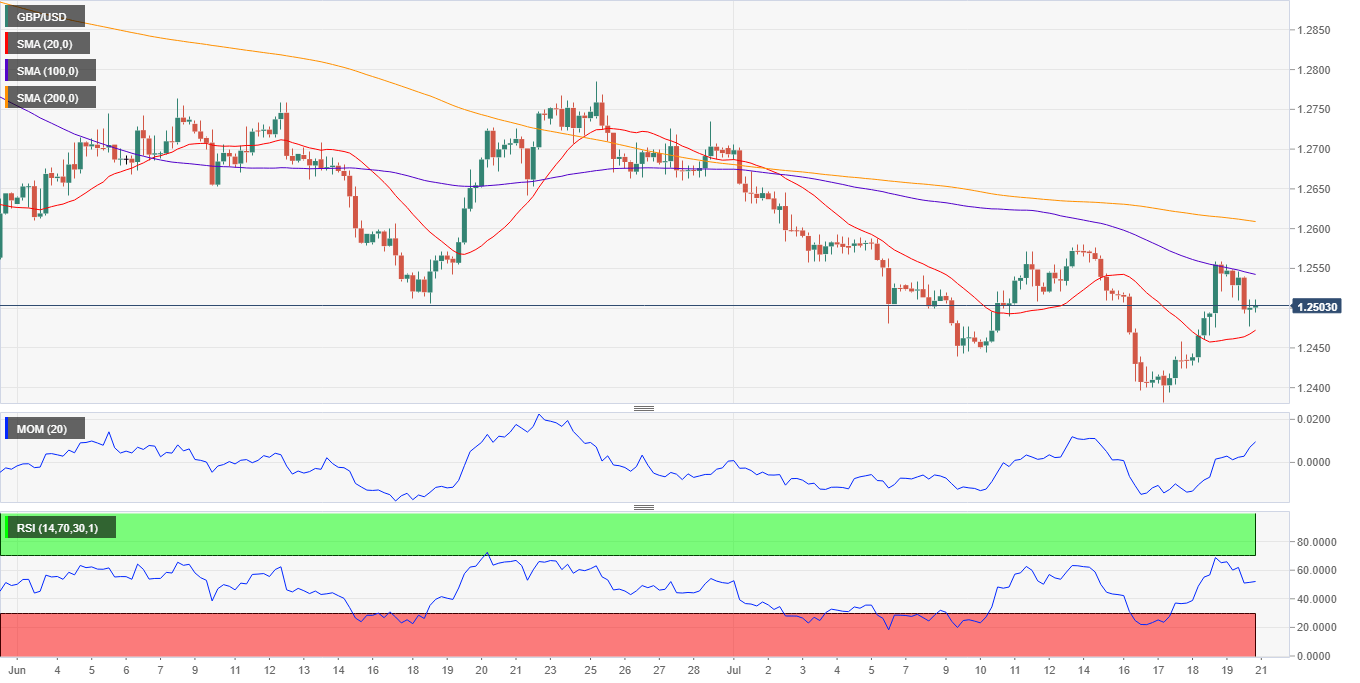 Renewed demand for the greenback has resulted in the GBP/USD pair giving back half of its Thursday’s gains at the end of the week, with the pair closing it just above the 1.2500 figure. The dollar retook the market’s favor after chances of a 50bps rate cut this month was down talked by different Fed’s representatives, while political uncertainty related to Brexit undermined the Pound. Boris Johnson keeps bracing to become the PM that delivers Brexit with or without a deal by October 31.  Over the weekend, thousands of demonstrators have marched in London against leaving the EU, while Ireland's deputy PM, Simon Coveney said that, should the UK leave the Union without a deal, the UK will be to blame. He added that Ireland would have to protect its place in the single market, defending the current withdrawal agreement that PM candidates called “dead” a couple of weeks ago. This Monday, CBI will release July’s Industrial Trends Survey - Orders, previously at -15.

The GBP/USD pair has closed the week with losses around a daily descendant trend line coming from June’s high, which broke to the upside on Thursday. Technical readings in the daily chart indicate that the bearish trend remains firmly in place, as it spent the last few days below a firmly bearish 20 SMA, which gains downward traction below the larger ones, while technical indicators recovered from their lows, but lost strength upward within negative levels. In the shorter term, and according to the 4 hours chart, the pair held above its 20 SMA, but retreated from a bearish 100 SMA, while technical indicators eased from oversold levels, turning flat well into positive ground, indicating that not all is lost for bulls. The risk of a bearish extension will increase on a break below 1.2475, Friday’s low and the immediate support.