Sterling is moderately down from week-ago levels versus the Dollar and Euro, which is a consequence of the news that UK Prime Minister Boris Johnson moved to suspend Parliament. Opposition parties now look likely to attempt to bring down the government by a confidence vote as soon as next week, having hitherto seen this as a last resort option. Cable has settled back under 1.2200, but remains comfortably above the 28-month low seen on August 11 at 1.2015. The pair is down by 4.5% on the year-to-date at prevailing levels, which reflects the bigger Brexit discount the market has demanded of the UK currency.

The yen has rebounded a little after declining quite sharply yesterday. Japanese data today showed the jobless rate ebbing to its lowest level in 27 years in July, but this was offset by a somewhat paradoxical drop-off in retail sales, which fell at the quickest lace in over three years. The data had little bearing on forex markets, with the Japanese currency, being the currency safe haven of choice, almost exclusively taking its directional cues from the ebb and flow of risk appetite in the prevailing era of Trumpian trade warring.

USDJPY has settled below the 1-week high seen yesterday at 106.68. A series of former daily highs between this level and 106.78 mark out a horizontal resistance zone. The pair is up by some 2% from the 34-month low that was seen last week at 104.45. While sentiment in global markets has improved this week, there still remains a skittish undertone as prospects for a thawing in US-China relations seem limited. 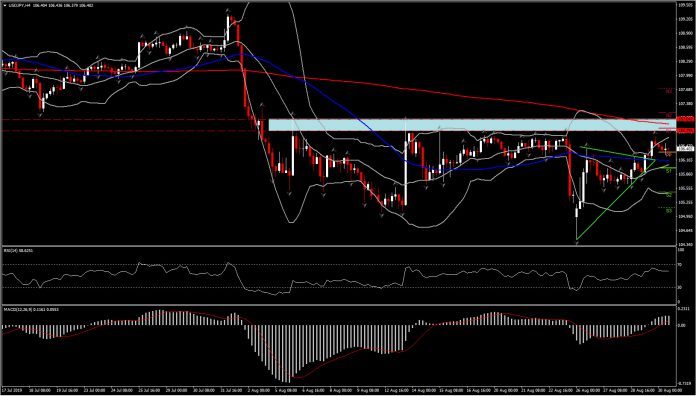 EURUSD has declined for what is now a sixth consecutive day, earlier printing a 1-month low at 1.1033. Recent losses have mostly been driven by a broader firming in the US currency, while the steady Eurozone July unemployment and HICP inflation added further pressure on EUR. The rekindling of risk appetite in global markets this week has taken the pressure off the Fed, which helped the currency, although the Dollar had also been benefiting from strong international demand for Treasuries during last week’s heightening in risk-off conditions. On the Euro’s side of the scales, the ECB remains on course to increase monetary stimulus settings in September, while the risk of a no-deal Brexit is high on the “reasons to be concerned” side of the positional decision-making list of market participants. The no-deal Brexit risk was on the list of factors blamed for yesterday’s record low in Hungarian forint. A bearish outlook holds for EURUSD. Resistance comes in at 1.1063, while Support levels are at : 1.1034, 1.1012, and 1.1000. A break through the key 1.1000 psych level will shift overall market sentiment, though there has been some talk of barrier options at the level, which will initially at least, likely be defended. 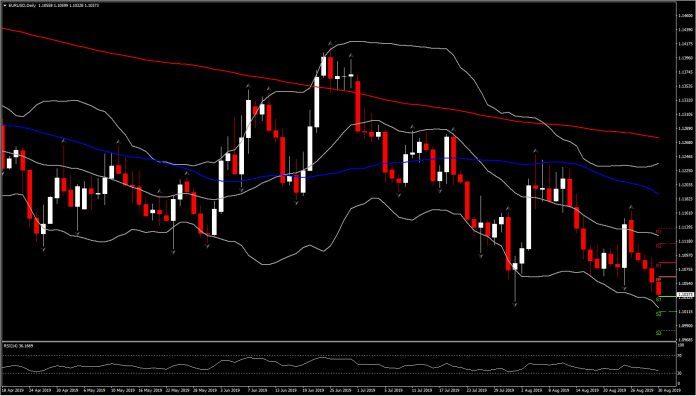