Federal Reserve Chairman Jerome Powell will testify before the Senate on state of the US economy, the impact of the Congressional pandemic relief bill passed in March and the central bank's own restitution efforts.

In remarks prepared for his appearance in front of the Senate Committee on Banking, Housing and Urban Affairs Mr. Powell noted that economic activity has seen a “rapid rebound” with strong consumption of goods, though “spending on services remains low largely because of ongoing weakness in sectors that typically require people to gather closely, including travel and hospitality.”

The labor economy has recovered a bit over half of the 22.16 million payroll jobs lost in March and April. “As with overall economic activity, the pace of improvement in the labor market has moderated.” 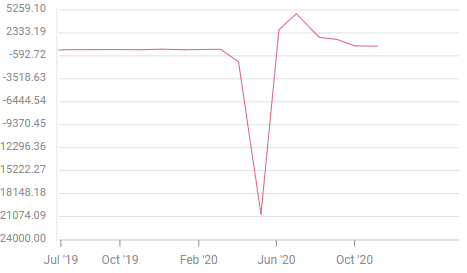 As Mr. Powell has stressed in numerous speeches and official testimony the path of the recovery will be determined by the course of the pandemic.

“The rise in new COVID-19 cases, both here and abroad, is concerning and could prove challenging for the next few months. A full economic recovery is unlikely until people are confident that it is safe to reengage in a broad range of activities."

Certainly Mr. Powell will again stress the need for continued fiscal and financial support for the economy.

The Fed early actions to backstop the financial markets in the US and around the world helped calm conditions in March and its rate cuts and bond purchase program have supplied huge amounts of liquidity and brought American interest rates to historic lows.

Through all of the bank's endeavors, Chairman Powell has insisted that the government's fiscal policy must play an equal part in the recovery efforts. The Fed's own loan program, funded by the Coronavirus, Aid, Relief and Economic Security Act (CARES), expires on December 31

The dollar has been falling because market are worried that the US economy is headed for another pandemic closure slowdown or recession.

The rise in Initial Jobless Claims from 711,000 to 778,000 over the last three weeks is not first increase over the last eight months, but it is the only one coordinated with a potential cause.

As COVID-19 diagnoses have climbed around the country, governors in many states have begun to restrict some business activity and re-instituted varying degrees of social isolation. 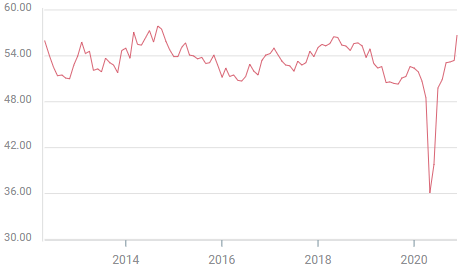 Though early November indications from Markit Purchasing Managers' indexes were positive and Nonfarm Payrolls are expected to add 520,000 jobs on Friday, the worry is quite real and very recent.

The chairman's speech notes that “the outlook for the economy is extraordinarily uncertain.”

A little confidence would go along way to supporting the markets and the dollar.