EURCHF paused again around the bottom of the four-month-old descending channel following the slump below the long-term supportive trendline and the dip towards a five-month low of 1.0789.

The ongoing consolidation could precede another upside reversal and the positive charge in the RSI and the Stochastics, which are deviating above their oversold levels, is endorsing that bullish scenario.

The bearish part of the story, however, is that the plunge below the trendline and the progressing negative cross between the 20- and 200-day simple moving averages (SMAs) foresee further deterioration in the short-term downward pattern.

A clear close below 1.0816 could raise negative risks in the market, likely bringing the 1.0785 support area next into view. Another extension lower may head for the 1.0733 region, which has been a major base to upside movements. Breaching that floor, the price may slide to meet the October low of 1.0651.

Summarizing, EURCHF is setting the stage for an upside correction, though the strengthening bearish trend signals reduce the case for a major improvement. 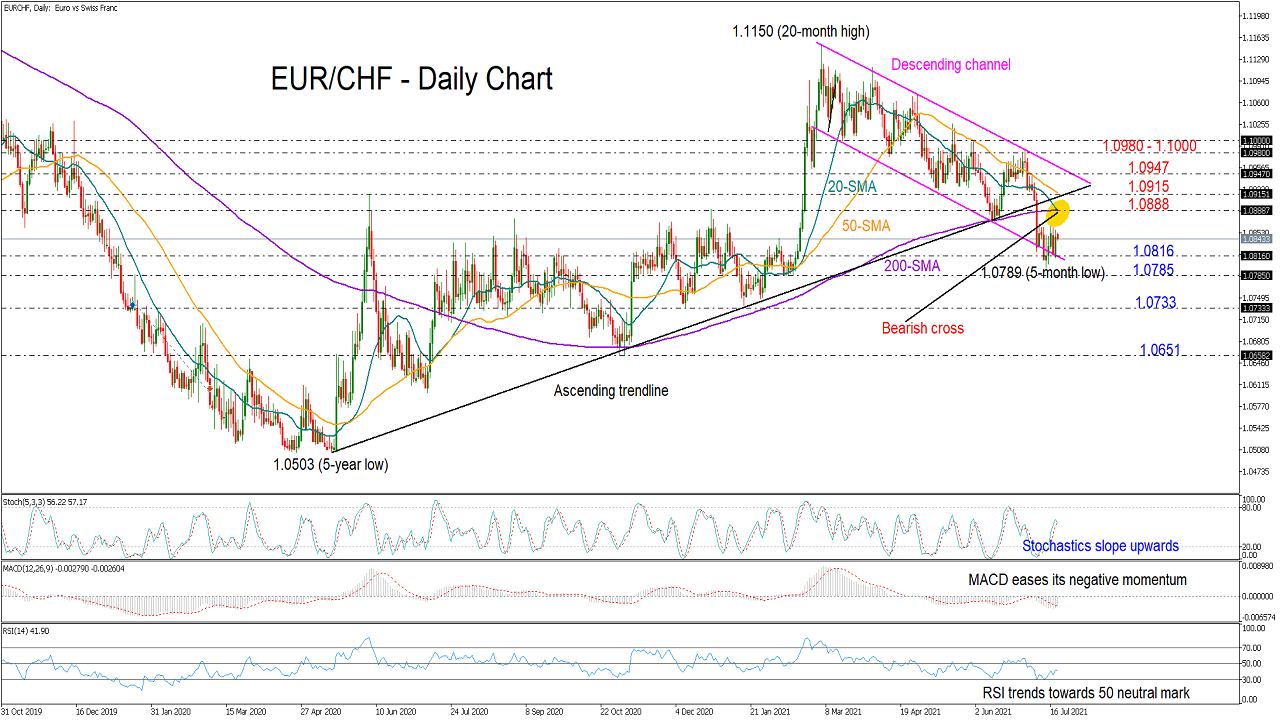