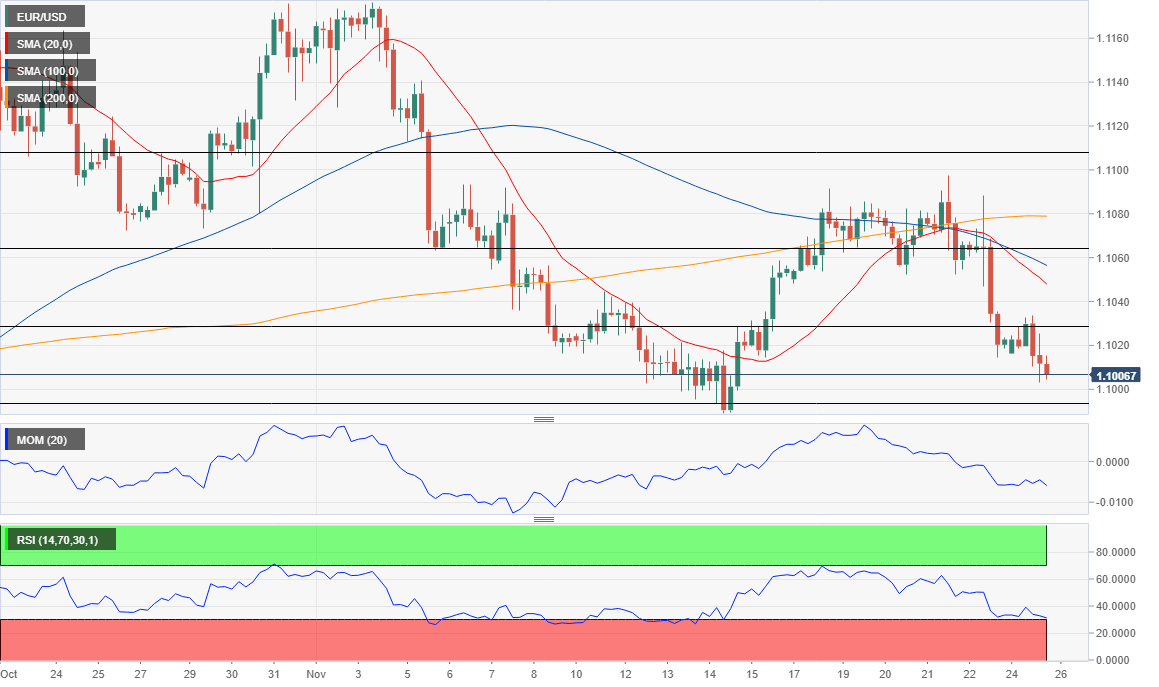 The week has started with the greenback appreciating against most major rivals, on the back of another peak of optimism related to the US-China trade relationship. The latest news indicated that the Chinese government said it would raise penalties on intellectual property theft on Sunday, something the US has been demanding for long. The EUR/USD pair traded as low as 1.1003, now hovering around 1.1010 ahead of the Asian opening.

Germany released the November IFO survey, with the Business Climate printing at 95 as expected. The assessment of the current situation also matched the market’s forecast with 97.9, although expectations were a miss, hitting 92.1. The US, on the other hand, published the October Chicago Fed National Activity Index, which came in worse than anticipated at -0.71, and the Dallas Fed Manufacturing Business Index for November, which improved to -1.3. Data failed to impress, although poor German figures dented demand for the Euro.

This Tuesday, Germany will release the December GFK Survey, seen unchanged at 9.6. The US will publish some minor figures and the CB Consumer Confidence survey, expected to have bounced from 125.9 to 126.9.

The  EUR/USD pair is technically bearish, although it would need to clearly break below 1.0990 to confirm additional slides ahead. The level stands for the 61.8% retracement of its October rally, while November’s monthly low stand at 1.0988. The 4-hour chart shows that the pair has extended its decline below all of its moving averages, with the 20 SMA accelerating south below the larger ones. The Momentum indicator has barely bounced from oversold readings while the RSI consolidates just above its 30 line, all of which keeps the risk skewed to the downside.