The EUR/USD pair fell to a fresh multi-year low of 1.1106 this week, but finished it with modest gains, around the critical 1.1200 figure. The 100 pips' recovery by the end of the week was the result of dismal US data combined with some profit-taking, as the greenback was largely overbought, amid safe-haven demand due to escalating tensions between the US and China. The mentioned advance, fell short of affecting the dominant bearish trend of EUR/USD, as data coming from the Old Continent also spurred concerns about the economic future.

European Consumer Confidence improved in May, according to preliminary estimates from the EU Commission, coming in at -6.5 vs. the previous -7.3, yet the shared currency came under selling pressure with the release of Markit May preliminary PMI, as the indexes came in worst-than-anticipated for Germany and the EU. In Germany, the manufacturing index fell to 44.3 vs. 44.4 in April, in contraction territory for a fifth consecutive month. The Services PMI fell to 55.0 from 55.7, both missing the market's expectations. For the whole Union, the picture was quite alike, as the PMI fell to 47.7 and 52.5, respectively. The German IFO survey showed that the Business Climate deteriorated further in May, with the index down to 97.9 from the previous 99.2.

The shared currency didn't collapse with the sour figures, as US Markit PMI also came well below expected and more worrisome, barely holding above the 50.0 level that divides expansion from contraction. The May preliminary Manufacturing PMI fell to 50.6, its lowest in almost ten years, while the Services Index fell to 50.9 its lowest in 36 months. Furthermore, April Durable Goods Orders fell by more than anticipated in April, down by a whopping 2.1%.

The American dollar benefited from risk aversion, as US-Sino escalating tensions fueled demand for the greenback for most of this past week. Equities edged lower, alongside US government bond yields, amid a flight to safety. That said, the downward potential for the dollar remains limited.

These upcoming days the macroeconomic calendar will be quite light, as the most relevant release will be revisions of data already released, the US Q1 GDP, foreseen at 3.1% vs. the previous estimate of 3.2%.  Germany will release May preliminary inflation, and the market's forecast indicates a gloomy 1.6% YoY CPI. The US will also release core PCE inflation, the Fed's favorite measure, seen steady at 1.6%.

Central banks had nothing to say and would likely stay below the radar these upcoming days, but trade tensions will retain the spotlight. Risk sentiment will keep leaning the scale in dollar's favor.

The latest advance seems corrective, considering the greenback was quite overbought against most major rivals, and dismal US data was the perfect excuse for some profit-taking. Nevertheless, the EUR/USD pair is technically bearish in the long-term perspective, still developing far below the daily descendant trend line coming from September high, currently at 1.1296. In the weekly chart, the pair keeps developing below a bearish 20 SMA, which maintains its bearish slope below the larger ones. Technical indicators in the mentioned chart hold within negative levels, the RSI directionless at 43 and the Momentum aiming just modestly higher below the 100 level.

In the daily chart, the pair is crossing above its 20 DMA, while the 100 DMA heads south, 100 pips above the current level. Technical indicators aim marginally higher within neutral levels, hardly enough to confirm further gains ahead. Moreover, the pair is battling with the 61.8% retracement of the latest daily decline.

The immediate resistance is 1.1265, where the pair topped twice this May, followed by the 1.1300 figure. Above this last, the bullish case will be a bit more sustainable. If the ongoing correction fails to continue, the risk will turn back south, with a break below 1.1100 exposing the 1.1020/40 price zone. 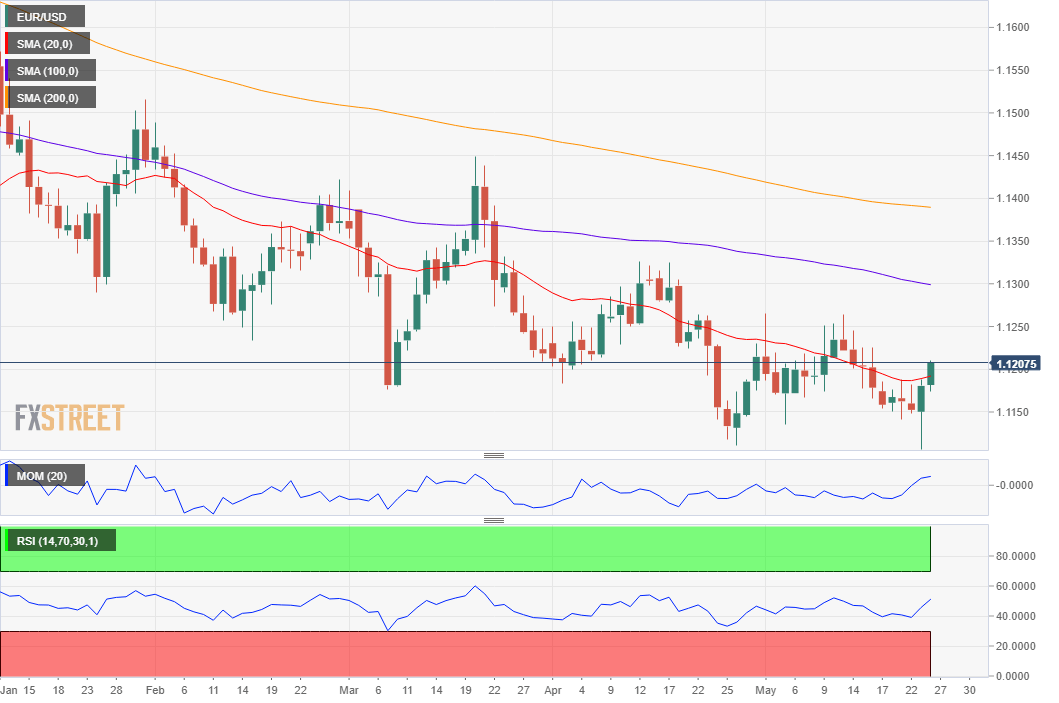 The FXStreet Forecast Poll indicates that the demand for the shared currency will likely remain subdued throughout June, as for the next week, the pair is seen on average at 1.1207, despite bulls are a majority of 58% vs. 33% of bears. In the monthly perspective, however, bears increase to 39% while bulls decrease to just 25%.  In the longer view, bulls reclaim the majority, yet the average target doesn't change much, with the pair seen at around 1.1230. All of this clearly reflects the absence of interest in the shared currency.

The Overview chart anticipates some consolidation, as the moving averages in the weekly and monthly perspectives aim just modestly higher yet below previous highs. For the longer run, however, the bearish case remains firmly in place, with the most significant accumulation of targets below or around the current level. 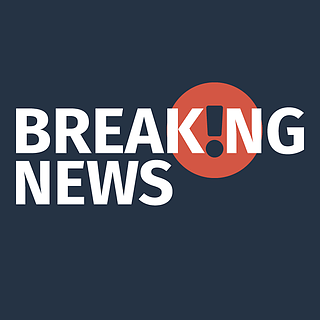