The EUR/USD pair reversed an intraday dip to over three-and-half-month lows and finally settled with modest gains on Wednesday, snapping four consecutive days of the losing streak. Investors seemed to set aside fresh virus jitters, which was evident from a further recovery in the global risk sentiment. This, in turn, prompted some profit-taking around the safe-haven US dollar and provided a modest lift to the major.

The risk-on impulse in the markets triggered a strong follow-through positive move in the US Treasury bond yields. In fact, the yield on the benchmark 10-year US government bond briefly crossed above 1.3% and helped limit deeper losses for the greenback. Apart from this, investors' reluctance to place any aggressive bets ahead of the European Central Bank meeting on Thursday kept a lid on any strong gains for the pair.

The ECB adjusted the inflation target to a symmetric 2% at the conclusion of the strategy review earlier this month. Moreover, ECB President Christine Lagarde hinted at a change to the central bank's guidance last week, making this week's meeting very important. While the ECB is widely expected to keep its monetary policy settings unchanged, the market focus will be on any significant changes in the forward guidance.

Given the disagreement among members over the monetary policy outlook and the pandemic-related risk, market participants expect a dovish tilt in the statement. This should act as a headwind for the shared currency and force the pair to prolong its recent bearish trajectory. This will be followed by the post-meeting press conference, where comments by the ECB President Lagarde could further infuse some volatility around the euro crosses.

From a technical perspective, the pair, so far, has managed to defend a short-term ascending trend-line support extending from September 2020 swing lows, currently around mid-1.1700s. Given that technical indicators on the daily chart have recovered from the oversold territory, a sustained break below will set the stage for further weakness. The pair might then accelerate the fall towards YTD lows, around the 1.1700 mark touched in March. Some follow-through selling should pave the way for a slide towards the 1.1610-1.1600 horizontal support.

On the flip side, immediate resistance is pegged near the 1.1835-40 region and is followed by the 1.1875-80 supply zone and monthly tops, just ahead of the 1.1900 mark. A sustained strength beyond will negate the negative bias and prompt some short-covering move. This should allow bulls to aim back to reclaim the key 1.2000 psychological mark. The latter coincides with the very important 200-day SMA, which if cleared decisively will shift the near-term bias in favour of bullish traders.

EUR/USD is holding the higher ground, keeping its range around 1.1800 amid pre-ECB lull. Market sentiment remains upbeat amid US stimulus hopes, as traders shrug off covid concerns. The ECB is likely to stand pat on its monetary policy. The policy statement and Lagarde’s presser hold the key.

Gold price is pressurizing the lows, flirting with $1800 amid a renewed risk-on wave that has gripped the Asian market, as traders shrug off covid worries for now. The upbeat mood-led advance in the Treasury yields is offsetting a fresh leg lower in the US dollar, keeping gold price languishing in lows. 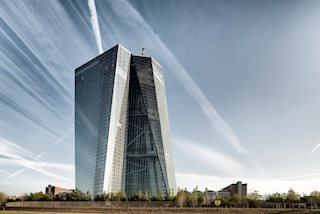 The European Central Bank will announce its latest decision on monetary policy on Thursday. No changes are to be expected, as after revealing their latest Strategic Review Report, European policymakers made it clear that they won’t be tapering anytime soon.