The Euro continues to hold up well as the market begins to build on a run of higher lows, but also breaking a recent two week downtrend. We have been discussing recently about the swings higher and lower on EUR/USD although there is a net positive bias on a medium term basis. Building on a three month run of higher lows, MACD and RSI indicators retain their positive configuration and reflect continued buying into weakness. Holding the higher low at $1.1085 (and since bolstering the old pivot band $1.1100) yesterday’s bull candle was a third in four sessions. Having breached a two week downtrend, a new positive trend is beginning to form.  This means that yesterday’s low at $1.1115 is initially supportive. The hourly chart shows a new mild positive configuration as moving averages tick higher. Initial resistance around $1.1160 needs to be cleared to open the old $1.1200 resistance area again. 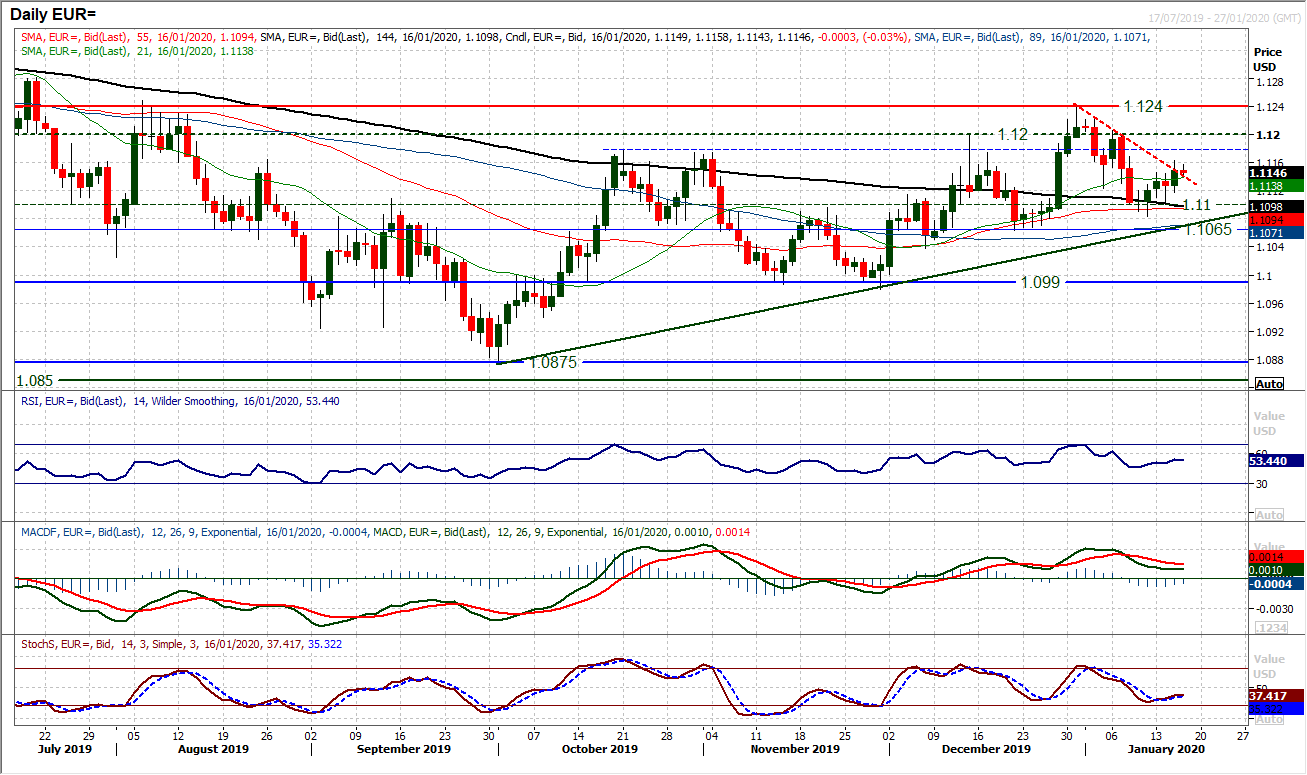