A second positive close in a row, with the market holding above the $1.0890 pivot, this leaves a growing positive bias now. Although the market continues to trade within what is now approaching a seven week trading range between $1.0725/$1.1015, there is developing positive intent. However, reaching the top of the trading band is one thing, but breaking out is entirely different. The bulls need to drive the RSI to closing above 60 to really suggest there is a serious momentum behind the move. Furthermore, MACD lines need to be accelerating above neutral. These would both then be positioning with decisive two month highs and suggest the bulls are really in control. For now, trading above the $1.0890 pivot leaves a positive bias within the range, for pressure towards $1.1000/$1.1015. The market is ticking higher again early today and we are happy to position for a test of $1.1000/$1.1015. The hourly chart shows the market starting to find support at higher levels and pushing on with increasingly positive momentum. There is support now $1.0900/$1.0920 today and expect a retest at least of yesterday’s high of $1.0975. A decisive close above $1.1000/$1.1015 opens $1.1145 as the next key resistance. Failure back under $1.0890 would neutralise again. 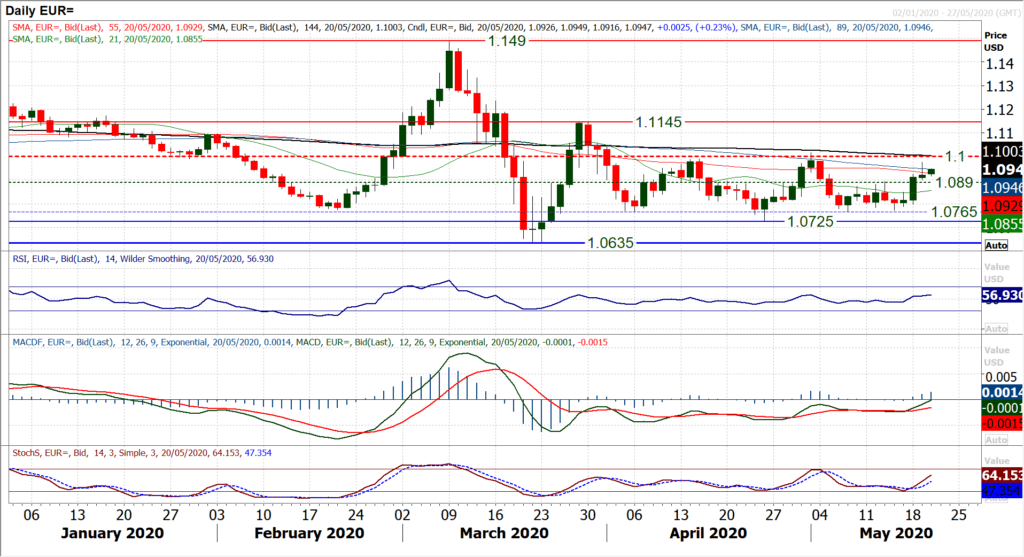