Summary: The Dollar slid against its main Rivals for the second day running after US Producer Prices unexpectedly dropped in July. Headline US Producer Price Index declined 0.5%, it’s first negative read since April 2020, and lower than median forecasts for a 0.2% gain. Core PPI (excluding food and energy prices) fell to 0.2% from 0.4%, and lower than estimates at 0.4%. A popular gauge of the Greenback’s value against a basket of 6 major currencies, the Dollar Index (USD/DXY) extended its slide 0.07% to 105.12 from 105.20. Yesterday, a surprise lower read of US inflation (CPI), down annually to 5.9% against forecasts at 6.1% pulled the Dollar lower. Risk appetite rose following a more moderate increase in the US CPI and PPI. In choppy trade, the Australian Dollar (AUD/USD) led the major currencies higher against the Greenback, rebounding 0.33% to 0.7103 (0.7084 yesterday). New Zealand’s Kiwi (NZD/USD) outperformed, soaring 0.4% to 0.6435 from 0.6405 yesterday and 0.6287 Wednesday. The Euro (EUR/USD) rose 0.20% to a 1.0320 finish in New York after spiking to an overnight and 6-week high at 1.0364. Against the yield sensitive Japanese Yen, the US Dollar was little changed, at 133.00 (132.85 yesterday). Sterling (GBP/USD) dipped to 1.2200 from 1.2220 ahead of today’s UK GDP release among other economic data. The Greenback closed mixed against the Asian and Emerging Market currencies. USD/THB (Dollar-Thai Baht) eased to 35.20 (35.40) while USD/SGD (Dollar-Singapore Dollar) rallied to 1.3697 from 1.3687 yesterday.

Other economic data released yesterday saw New Zealand’s Visitor Arrivals in July climb (y/y) 83.5% from a previous 26.3%, beating median expectations at 14.8%. UK RICS Housing Price Balance for July climbed 63% against forecasts for a 60% rise. Australia’s August Consumer Inflation Expectations dipped to 5.9% against July’s 6.3%. US Weekly Jobless Claims rose to 262,000 from a previous 248,000, but better than median forecasts at 263,000.

Trading Perspective: Ahead of today’s busy economic calendar release, we can expect more FX volatility. The US Dollar could see further downside corrective moves against its Rivals. Traders will be focussed on further Fed speak which could pick up ahead of the weekend. Overnight, San Francisco Federal Reserve President May Daly said that a 50 bp rate hike in September “makes sense” given the recent economic data, which includes the lower inflation readings. However, Daly also reportedly said that she did not rule out a third consecutive 0.75 basis point rate rise. The US releases its Preliminary University of Michigan Consumer Sentiment reading (midnight Sydney 13 August) which is expected to climb to 52.5 from 51.5. If this is lower than expectations, say at 52.00 or 51.5, expect more US Dollar downward corrections. A higher read above 52.5 to 53.0 would see a strong Greenback recovery. The focus continues to be on inflation, as recession concerns build. While there are no scheduled Fed speakers on the calendar today, traders should watch for any comments. As is likely to occur on a Friday, happy days!

EUR/USD – Shared currency was down and out a few days ago and many, including this writer, saw a possible test of Parity. The shared currency’s comeback has been impressive, but it would need to hurdle immediate resistance at the 1.0370/80 level to really get the shorts scrambling. On the downside, immediate support can be found at 1.0280 followed by 1.0250. Look for another choppy session with a likely range of 1.0270-1.0370 today. Just trade the range, its Friday and there’s 100 points in it.

AUD/USD – The Aussie Battler once again defied the bears, including this writer, jumping like a wounded kangaroo to an overnight high at 0.7137 before easing to settle at 0.7103. Trading was volatile, as would be expected. The overnight low traded was at 0.7063. Yesterday the AUD/USD pair opened at 0.7084. A week ago, the AUD/USD pair was trading at 0.6912. As this trader has learned countless times during his trading days, don’t underestimate the Battler. Immediate resistance lies at 0.7140 followed by 0.7190. On the downside look for immediate support at 0.7080, 0.7050 and 0.7020. Look for another choppy ride in this currency pair, likely range 0.7040-0.7140. Preference is to sell rallies. 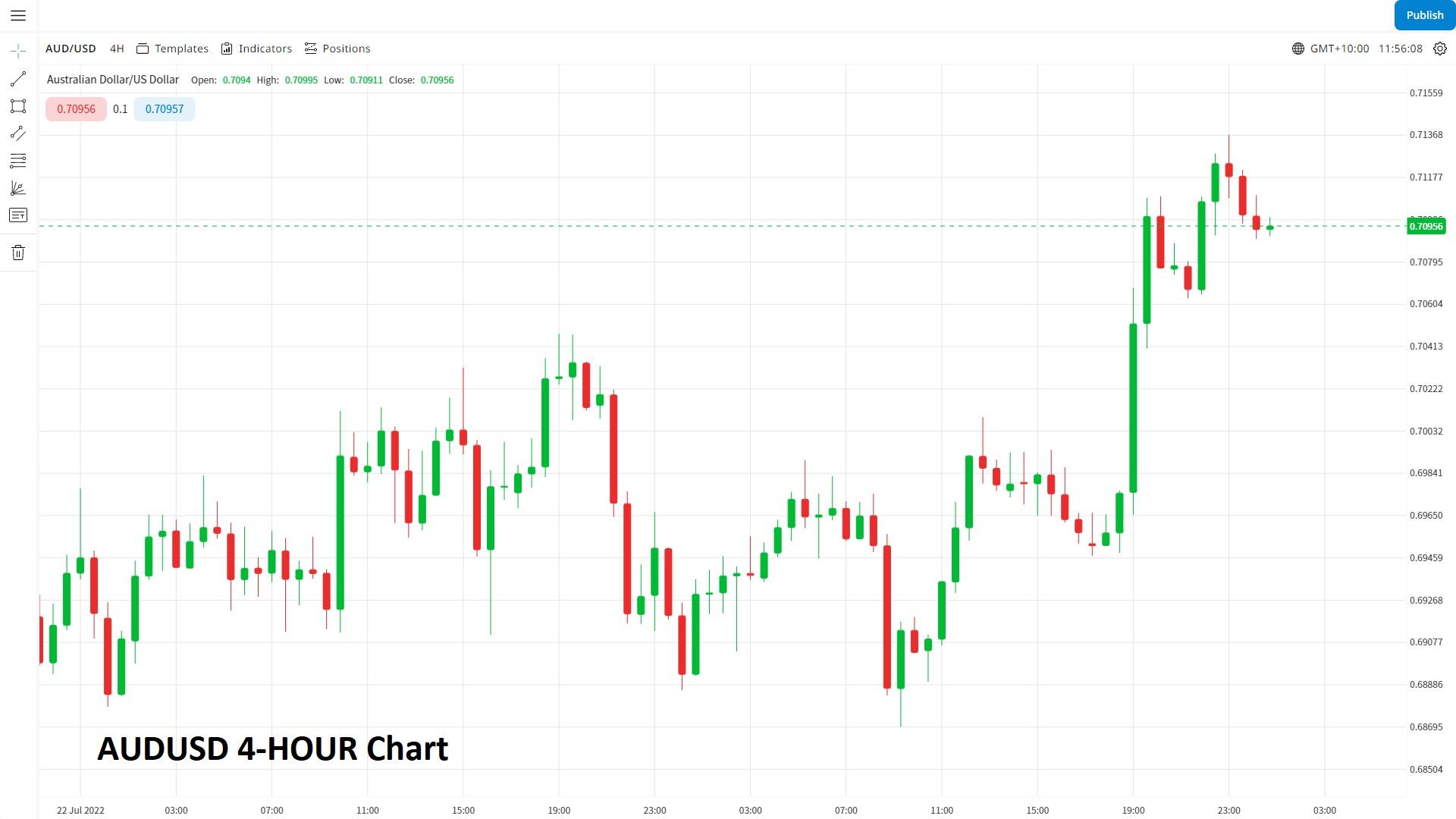 GBP/USD – Sterling finished at 1.2200 against the Greenback, little-changed from yesterday’s 1.2220. Overnight trade in the British currency, like the rest of FX was choppy. Overnight high traded was at 1.2249. Which puts immediate resistance today at 1.2250. The next resistance level is found at 1.2280. On the downside, immediate support is found at 1.2180 (overnight low traded was at 1.2182). The next support level lies at 1.2150 and 1.2120. Look for another volatile range in Sterling today, likely between 1.2170-1.2270. The preference is to sell rallies but be prepared to trade both sides of the range.

Let’s get ready to rumble folks, we could be in for one of those Fridays. Wishing all a good and profitable one. Top weekend too.