American consumers have a good deal on their minds as the summer winds to a close, little of it optimistic.

The Delta variant of covid continues to etch a path through communities and if the economic impact is less than previous waves, it is a constant reminder that nothing is back to normal.

Inflation is at a decade high and gasoline prices are almost 50% higher than they were last year, eating into family budgets at an alarming rate.

Job creation, which had averaged nearly one million in June and July is set to drop by almost one-quarter in August.

Finally, the debacle in Afghanistan and the deaths of 13 soldiers and sailors have put flags at half-staff across the country, a somber reminder of the dangerous world heading into the Labor day holiday.

Despite this background, the Consumer Confidence Index from the Conference Board is expected to fall only modestly in August to 124.0 from 129.1 in July. If correct this would break five straight months of increases for this 54 year old survey.

The Michigan Index provided a warning that all might not be well with the recovery. Consumer Sentiment unexpectedly plunged to 70.3 in August, below the prior pandemic low of 71.8 from last April and the weakest in almost a decade. The index had been expected to be unchanged from 81.2 in July.

Consumers became decidedly less optimistic about the future in August.

Consumer satisfaction with their current situation dropped modestly to 78.5 in August from 84.5 in July, but the expectations index plunged to 65.1 in August from 79.0 prior.

Consumer attitudes are composed of many factors beyond the purely economic logic of jobs and income.

“The August collapse of confidence does not imply an imminent downturn in the economy. There was a similar episode which occurred in September 2005, with comparable declines in the Sentiment Index (13.7% in 2005 vs. 13.4% in 2021). The cause of the steep falloff in 2005 was the devastation from hurricane Katrina and rising energy prices. The impact of 9/11 was another non-economic event that had an immediate impact on consumers' expectations and emotions," wrote Survey of Consumers chief economist Richard Curtain in the accompanying note. 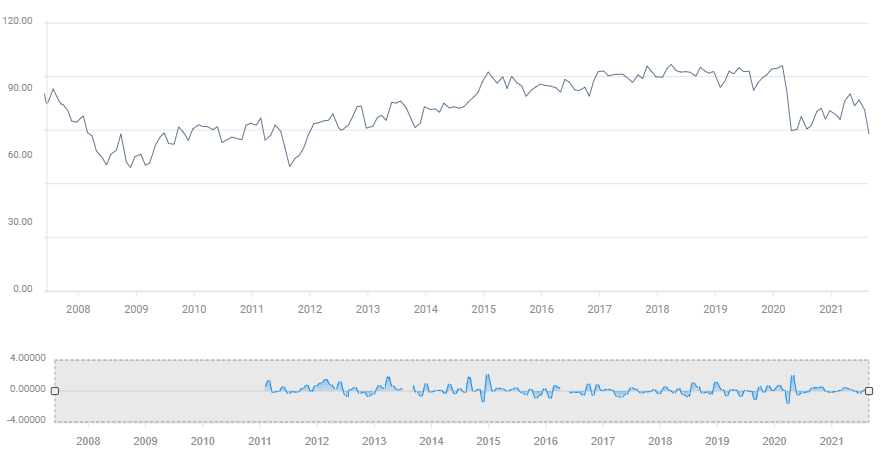 Job creation in June and July averaged 940,500, the best totals since August and September last year at the tail end of the original recovery.

This output helped to maintain consumer optimism in the first part of the summer. Payrolls are forecast to drop to 728,000 in August, a 22.5% decline from the June and July average. That drop may come just as many people are attempting to return to work having run out of unemployment benefits.

Consumer sentiment has a major impact on spending even though, as Mr Curtain noted above, it does not automatically front a downturn in consumption.

Retail Sales were much weaker in July than expected falling 1.1% after gaining 0.7% in June and more than tripling their forecast 0.3% loss.

In contrast, the Durable Goods component of long-lasting consumer items, was considerably better than projected in July. Orders ex-transport, that is without the confusing addition of commercial aircraft sales, rose 0.7% in July, up slightly from the 0.6% gain in June.

The initial release of the Michigan Consumer Sentiment Survey on  August 13 sent the US dollar down in all major pairs. 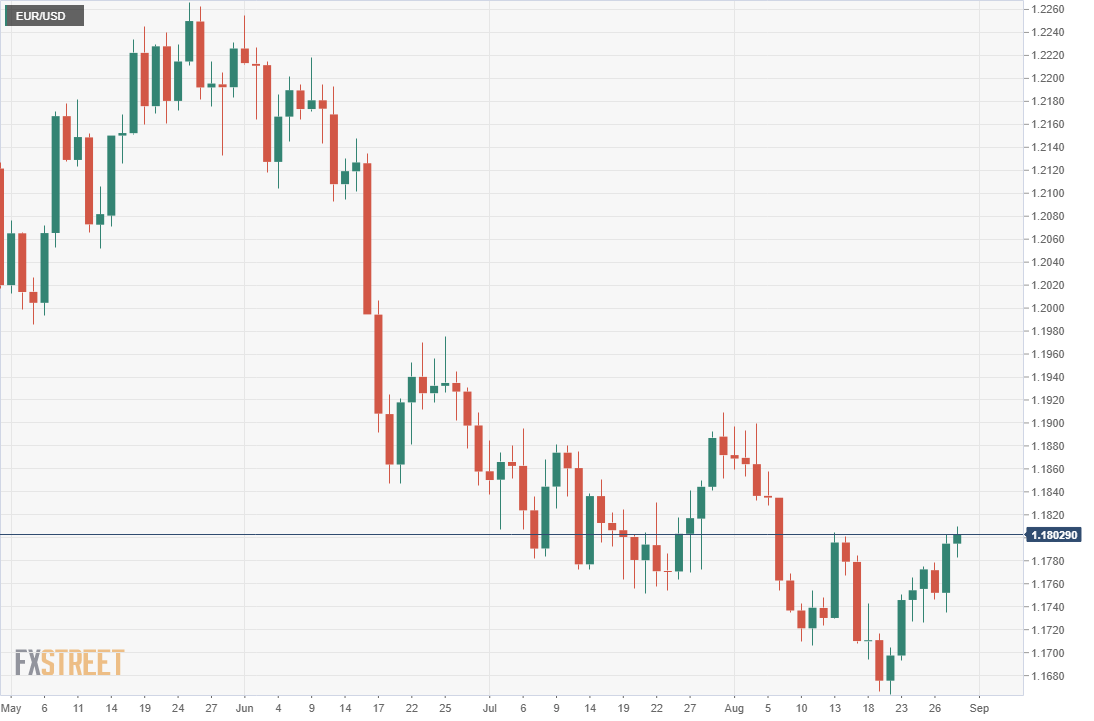 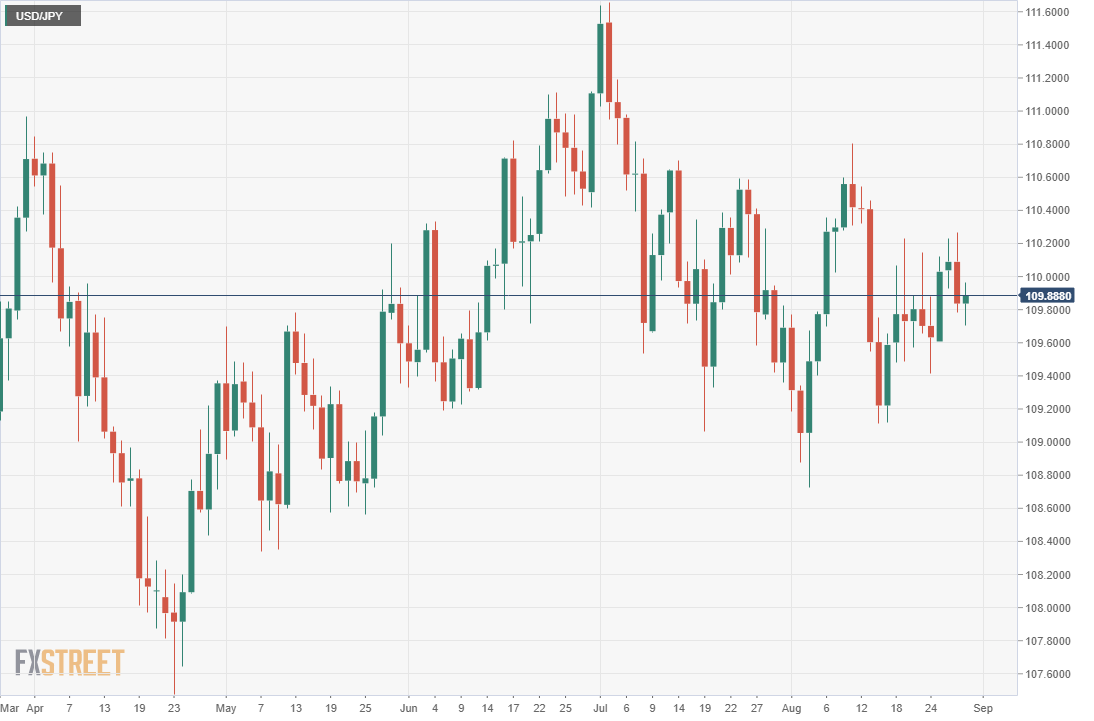 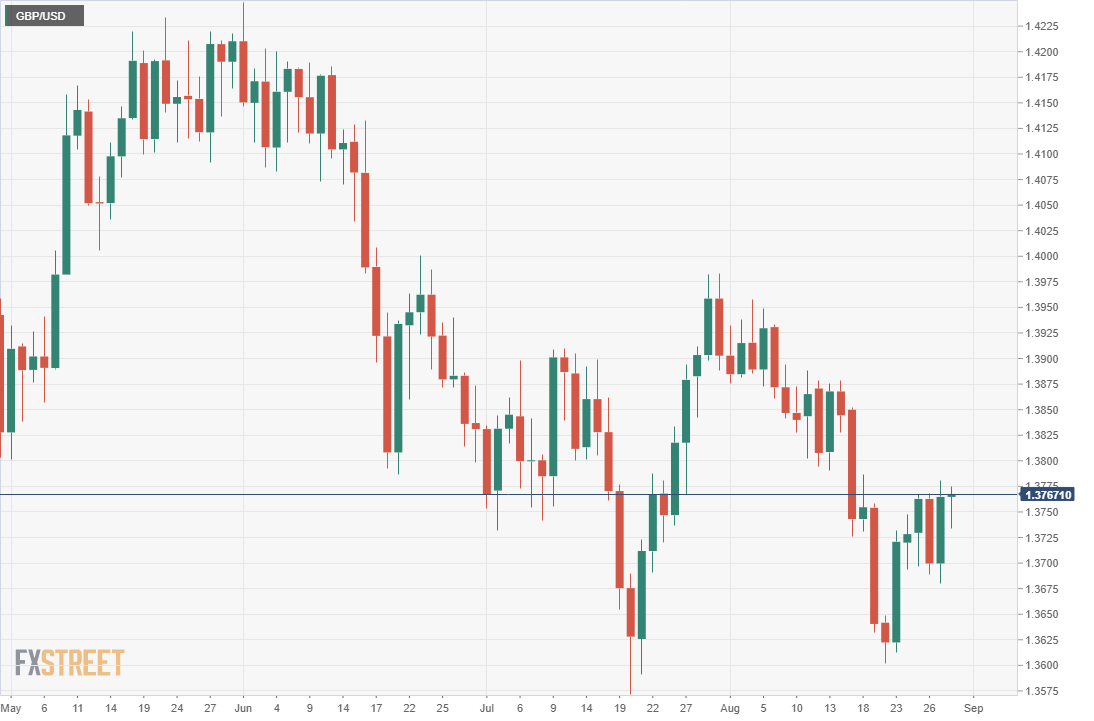 Until that number the view of the US economy was universally positive, having just registered two excellent payroll months. The surprise of the Michigan result combined with the implication for the consumer-driven US economy forced a reassessment of the strength of the recovery.  The dollar has not recovered its prior momentum and is now roughly where it was at the close on August 13.

The Conference Board Consumer Sentiment Index is historically more optimistic than the Michigan Survey.

With the uncertainty over the direction of the US economy brought to the fore by the Michigan August Index and followed by the weak July Retail Sales, the Conference Board Survey could prompt more market attention and action than its normal role of second to the earlier Michigan results.

Its generally more positive view of consumer attitudes will be discounted if the figure is better than expected, but a worse than forecast number will confirm the Michigan drop and likely damage the US dollar.