S&P 500 duly reversed as I called for it intraday to do. Not that the message from bonds or the dollar would be more optimistic really – for the bulls I mean. Whatever ground the buyers recovered yesterday, was defensive in nature as yields continue rising even on the long end of the curve. No top in yields – that‘s not a bullish message for stocks. As I have written an extensive analysis on Monday, and yesterday presented the key idea that may drive an upswing attempt that would be sold into, I‘ll concentrate on live Twitter updates around the FOMC such as this feel of the market pulse (with intraday updates on my site should trading decisions need to be updated, of course).

Silver will shake off any FOMC blues easier than gold, and the direction miners take, would determine the next move in the whole sector. Miners rising could be equated to doubts about the Fed vs. soft landing as much as rising yields. 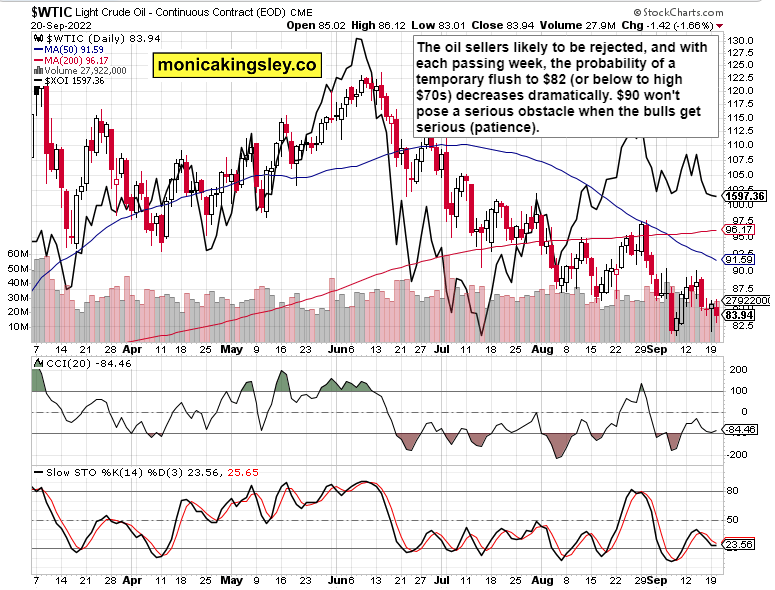 Crude oil will be least affected today (this could turn into an understatement), and not only because of the news from Eastern Europe. Looking for the upswing to slowly gather pace over the coming weeks. 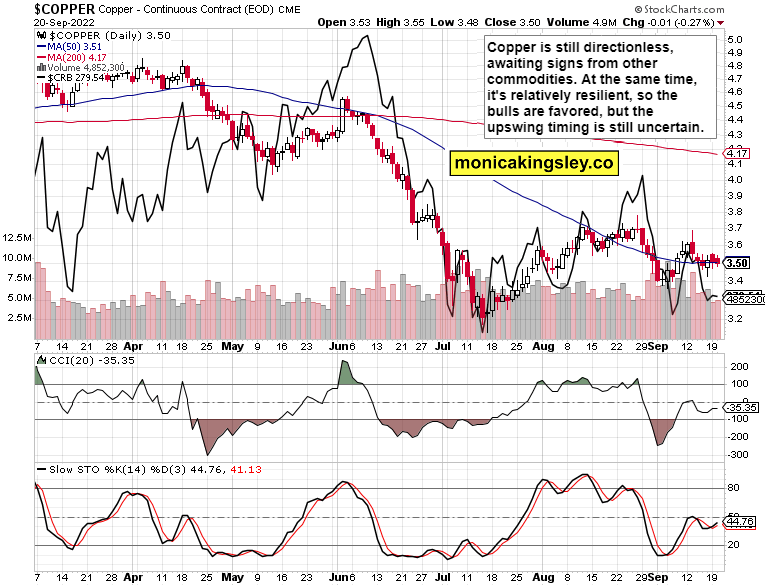 Copper is still going sideways, and I don‘t see a deep flush as likely this week at all.

Cryptos will likely join in the temporary jubilation that‘s ahead, but will decline once the true hawkish Fed message gets acknowledged for what it is. 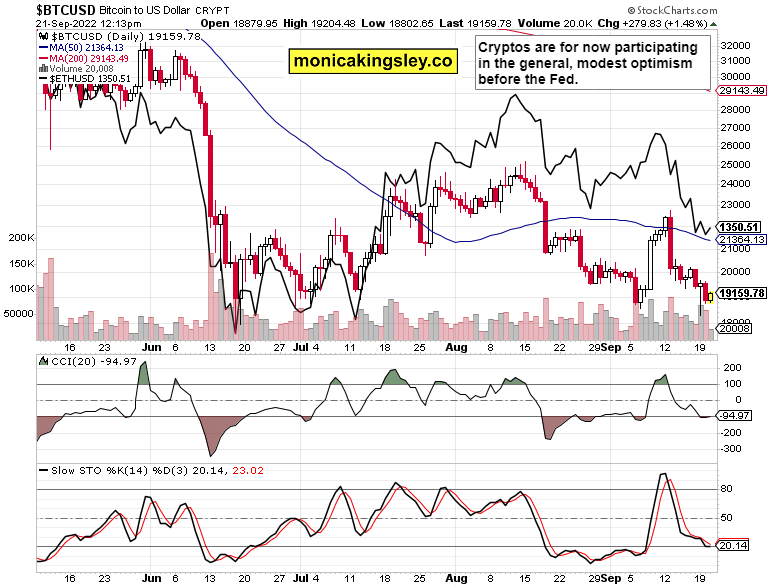 AUD/USD struggles below 0.6700 with eyes on Australia inflation, China PMI and Fed’s Powell

AUD/USD portrays the typical pre-data anxiety as it seesaws near 0.6685-90 during the early hours of Wednesday’s Asian session. In doing so, the Aussie pair fails to cheer the risk-positive headlines from Australia’s major customer China amid the recently firmer US Dollar.

Gold struggles around $1,750 ahead of Fed Powell’s speech and other key triggers

Gold price is facing hurdles in sustaining above the critical hurdle of $1,750.00 in the early Tokyo session. The precious metal is highly likely to deliver a sideways auction as investors are awaiting the speech from Fed chair Jerome Powell.