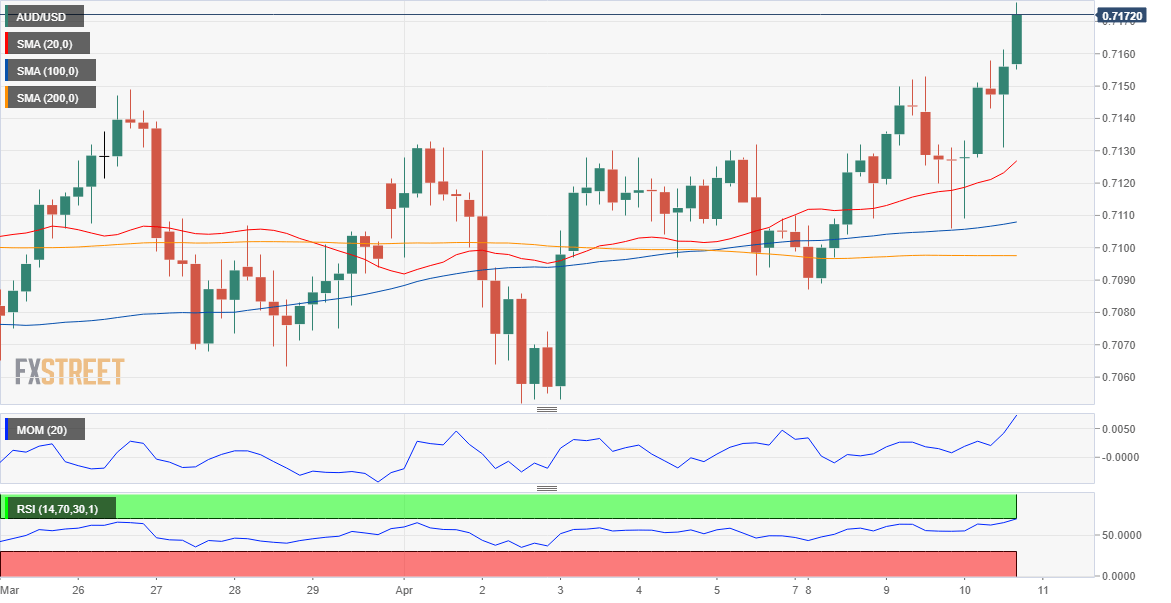 The AUD/USD pair advanced to 0.7174, its highest since late February, with gains fueled by softening US core CPI ahead of Wall Street's opening. The pair hold on to gains as the greenback remained out of the market's favor, further supported by comments from US Treasury Secretary Mnuchin, who said that he had a very productive discussion with Chinese officials, adding that they won't set an arbitrary deadline for reaching an agreement with China, but rather work on getting a good deal. The pair held on to gains, despite the sour tone of US equities, partially offset by the strong momentum of commodities, with both, oil and gold reaching fresh highs. In the data front, Australia will release April Consumer Inflation Expectations this Thursday, previously at 4.1%, while China will update inflation data, with March CPI seen up 2.4% YoY, while the PPI for the same period is seen advancing 0.4%.

The AUD/USD pair holds near its highs and the 4 hours chart shows that technical indicators barely lose upward strength after hitting overbought readings, while it settled well above all of its moving averages, with the 20 SMA further advancing above the larger ones. Given that the price holds on to its highs, chances are skewed to the upside, with room for an extension up to the 0.7240/50 price zone once above the 0.7200 figure.