Worries around rising inflation, supply chain issues and a slowdown in the economy, continue to weigh on investors’ minds. US yields have taken a knock in trade today with the 10-year yield sliding below critical trendline support while MSCI's global equity benchmark hovers close to Monday's seven-week high, on track for the best month in almost a year.

This has led to an offer in the US dollar that has lost value against major currencies on Wednesday as the Bank of Canada hit a hawkish tone. The moves in debt markets came after the BoC announced that it was ending its quantitative easing program, joining a growing number of central banks that are rolling back their pandemic era programs. The US Federal Reserve is set to meet again next week. The action broke a calm that had settled over the currency markets this week and took the US dollar index down 0.2% to 93.693

The BoC said it now expected slack in the economy to be absorbed in the "middle quarters" of 2022, signalling rates could rise months sooner than previously forecast. Before the announcement, the Canadian dollar traded as highs as 1.2341 vs the greenback, but is now down nearly 0.4% after touching a low of 1.2300, moving in on its lowest level in nearly two weeks.  The comments from the Bank of Canada could trigger new assessments of how interest rates will change and impact currencies as central bankers try to support the pandemic recovery without unleashing sustained inflation.

US yields in focus

The 10-year US Treasury yield plunged over 8 basis points to 1.527% which is a major upset for the forex space. This leaves a bearish prospect on the daily chart as follows: 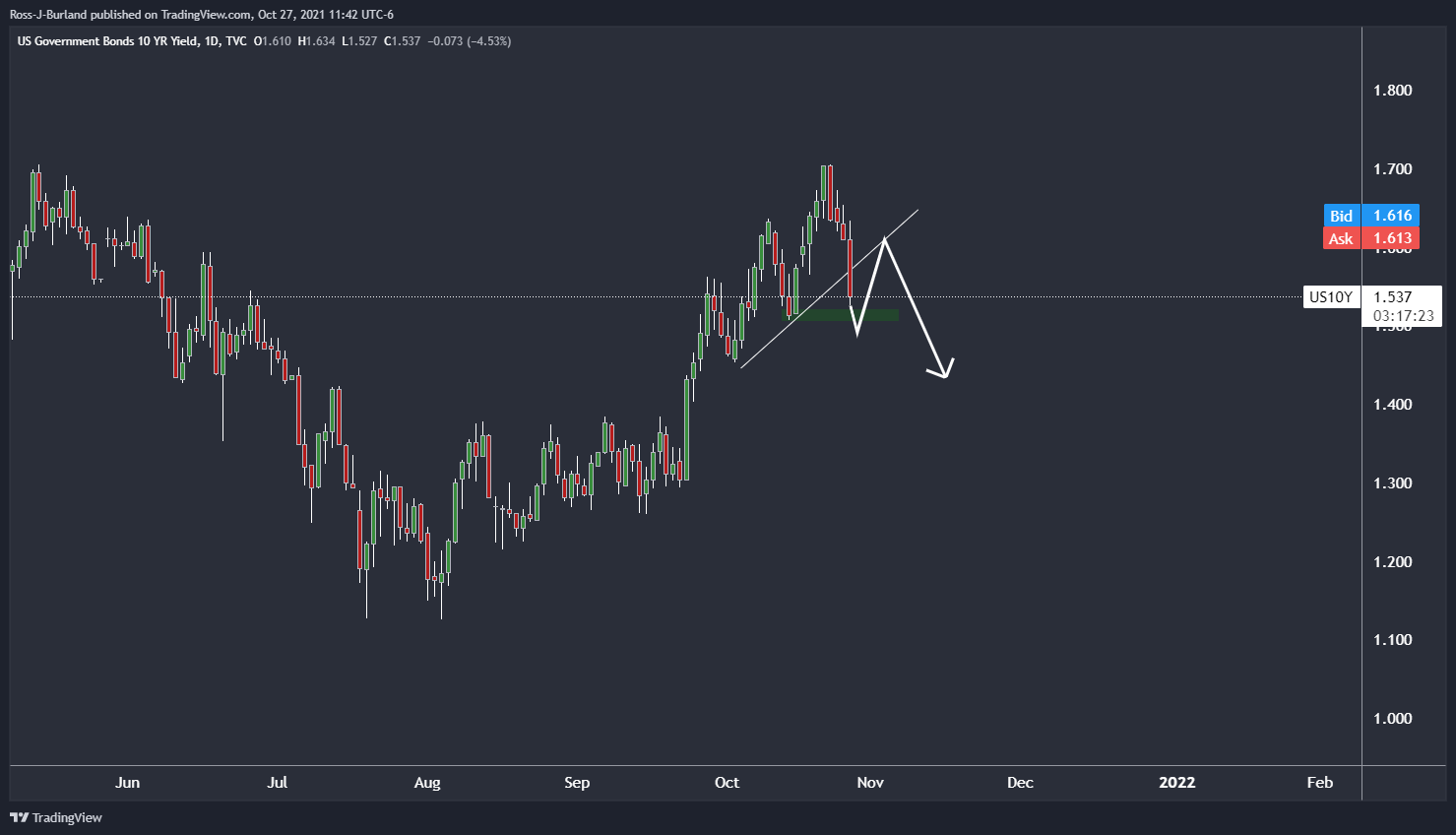 The moves in yields come as investors prepare for the next move from the Federal Reserve. The Fed is widely expected to begin slowing its asset purchases later this year. Even though yields have retreated below the trend line,  the 10-year is still trading well above its recent lows near 1.1% in early August. However, we could still see a  continuation of the long-end creeping up as the short end is just basically going to trade based on what the market expects for next year as far as rate hikes go.