Tesla (TSLA) looks set to open sharply lower on Monday as the equity market continues to battle raging storms. Last week was a momentous one in currency markets, and those of us in equity land need to keep note of this. In good times it is easy to overlook the global macro outlook, but these are not good times. Sterling collapsed to a record low versus the dollar on the risks of another Lehman moment. This is not good news for equities even if not directly related.

Over the weekend, we got delivery data for Tesla. The company hit another record, but numbers came in below estimates. Tesla produced 365,923 vehicles versus estimates for 344,000. Deliveries were 343,830 vehicles versus the 357,000 estimate. Despite missing the delivery forecast, the numbers were notably higher again than last quarter and last year. Up 35% quarterly and up 42% YoY. Also over the weekend, we got sight of the Tesla Optimus robot. Reviews appear mixed and, given I am not a robotics expert, I will refrain from giving much analysis.

Tesla looks like it will open right on key support at $254.61. This is the series of highs from June and July that eventually gave way as global equities staged a massive bear market rally. For me, this is another key factor in a potentially imminent rally. If TSLA can hold the level, then the potential for a rally increases. Apple (AAPL) has already gotten some bad news out of the way, and these two companies are a big weighting in the SPY and for overall investor sentiment. Tesla will release earnings in two weeks on October 19. This will give more clues on how margins are faring in an inflationary environment. Overall, my view remains bearish for the long term based on falling demand and compressed margins. 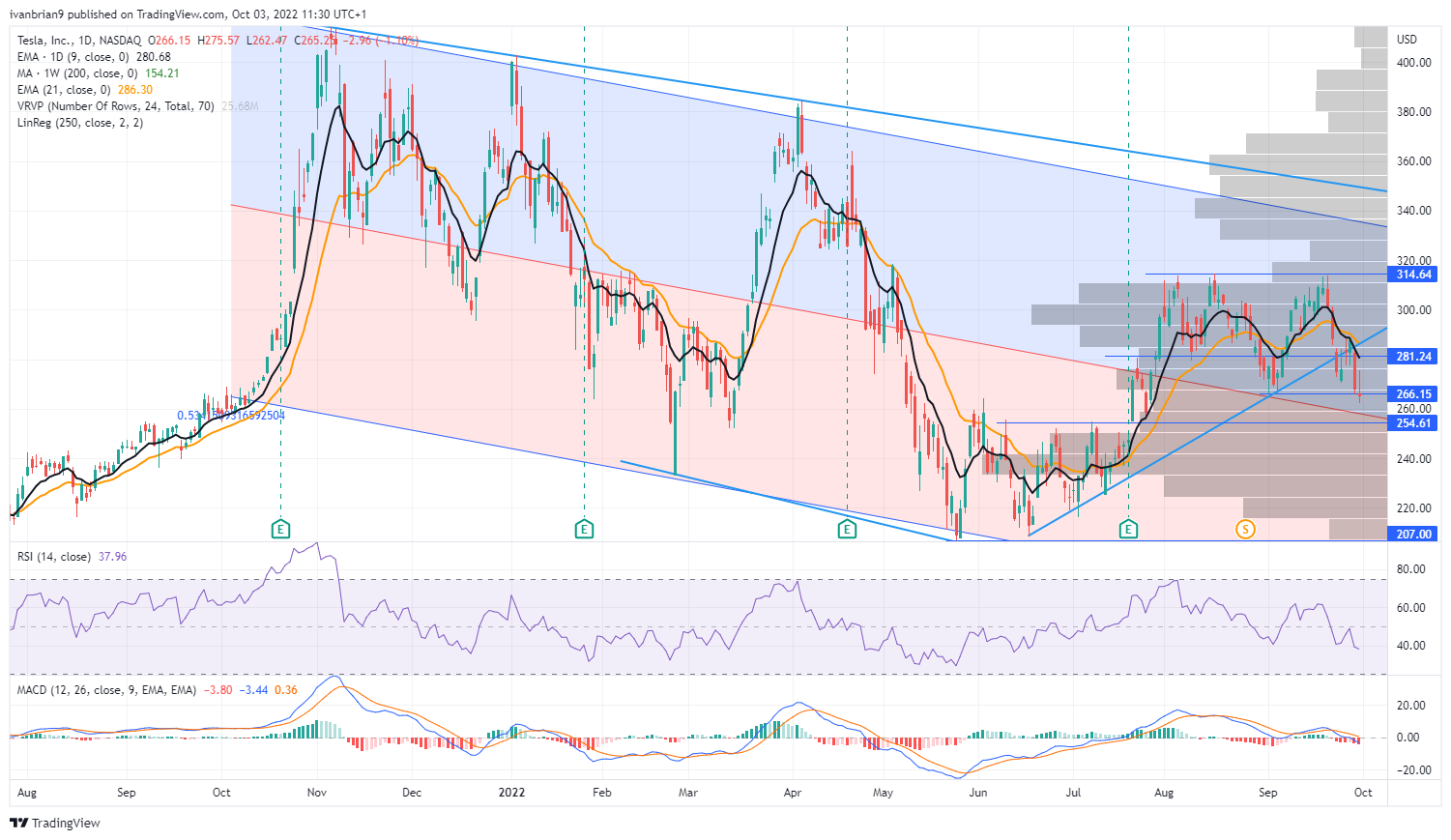