Tesla (TSLA) recovered some ground on Tuesday as equity markets paused for breath after heavy recent losses. Some calm and position covering were always likely before today's US CPI print. Given bond market yields and stock market weakness, this report has become more important than ever. Another high number will add to already nervous sentiment and lead to more equity losses.

Tesla has at least begun exporting from its Giga Shanghai factory again after recent covid lockdowns. Reports this morning picked up by CNEVPost indicated that it delivered cars to Slovenia from Giga Shanghai. This comes as a welcome relief. Car data from China earlier this week showed Tesla deliveries slumping in China.

Data from the China Passenger Car Association showed Tesla produced 10,757 cars at its Shanghai factory in April but only had wholesale sales of 1,512 cars. No vehicles were exported in April from Giga Shanghai, according to the report, but another report by Shanghai news outlet Knews says the Glovis Splendor cargo ship departed Shanghai Port on Wednesday bound for Slovenia. The plant in Shanghai is due for expansion, according to Elon Musk, who spoke at a Financial Times conference on Tuesday.

"We are not expecting to open any additional plants in China in the near future. We will be expanding our Shanghai factory. We are focused on Berlin and Texas and getting those to high-value production," Tesla CEO Elon Musk.

The Twitter (TWTR) deal still lingers on in the background with no fresh updates. This has cast a pall over TSLA stock lately as it appeared Elon Musk had to pledge large amounts as collateral. This led to a sharp fall in Tesla stock, but the price has since stabilized on Tuesday. Macro factors are the main driver of equity prices currently, and Wednesday's CPI number will be the next big catalyst. Recent bearishness can be put into perspective by looking at the big picture on the weekly chart. 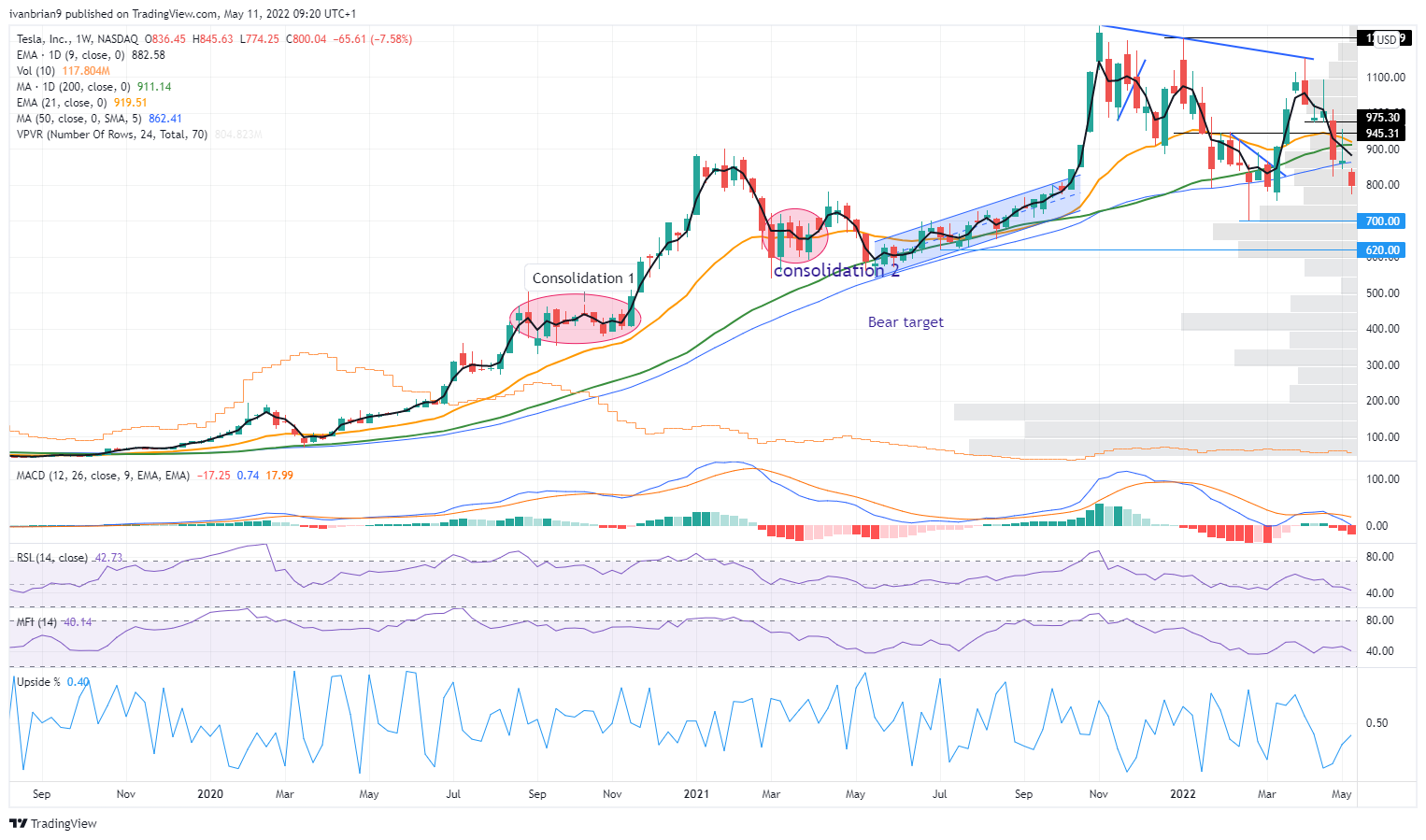 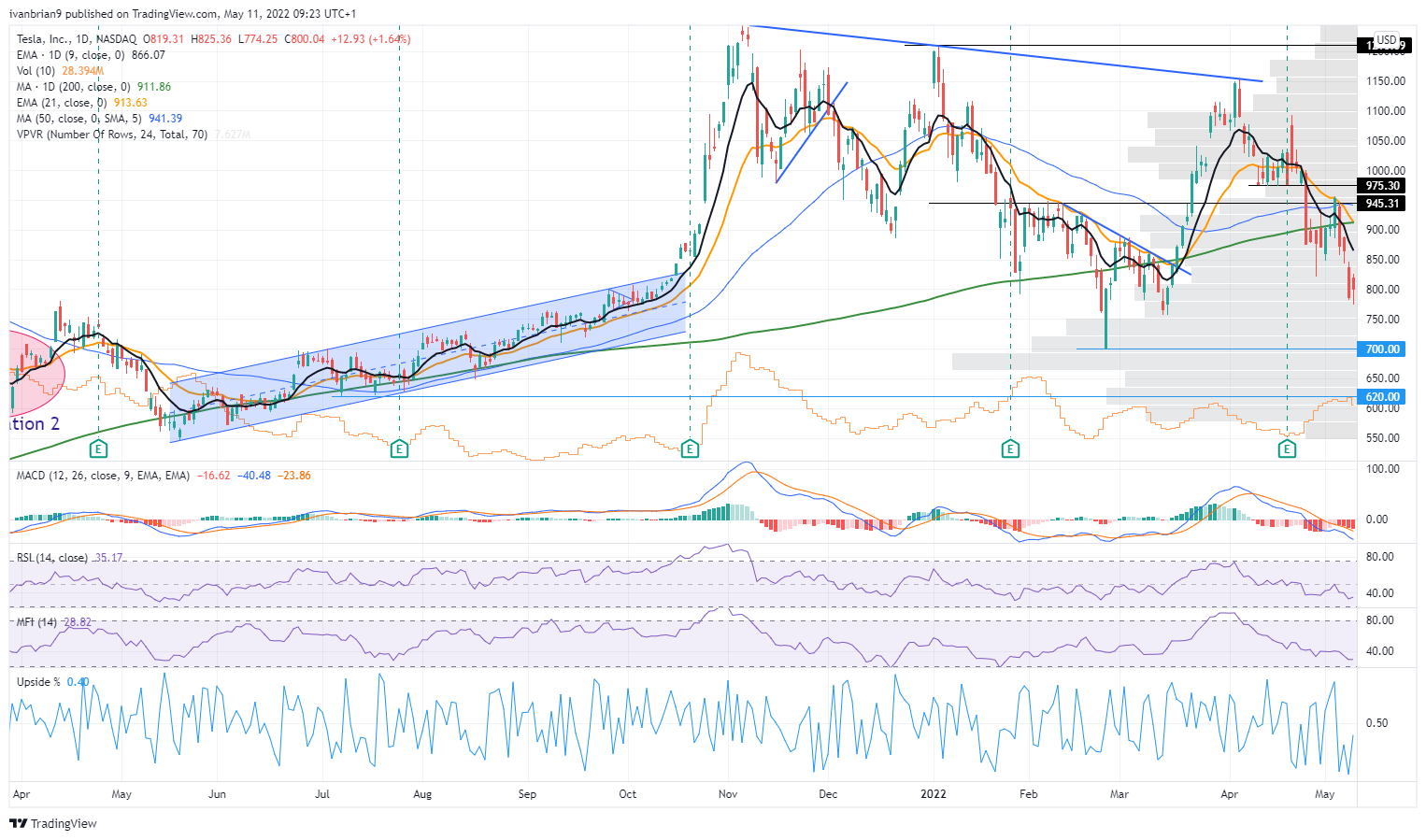