European countries are reporting record numbers of new coronavirus cases as the continent prepares for the pandemic to intensify through winter.

Europe’s second wave of the coronavirus pandemic is accelerating, forcing countries to impose ever-more social-distancing rules in a bid to avoid a return to full-blown lockdowns.

On Sunday, France announced a daily record for coronavirus infections.

The nation has confirmed infections reaching over 52,000 compared with around 85,000 confirmed cases in the U.S. on Saturday, whose population is around five times bigger.

The news could be a blow for the euro bulls as the currency trades lofty heights on its northerly trajectory in the 1.1850 area.

Spain has announced a national state of emergency and has imposed a night-time curfew in an effort to help control a new surge in infections.

In Italy, new restrictions were also announced over the weekend.

The nation's government explained that the steady rise in cases is creating a huge strain on the country's health services. 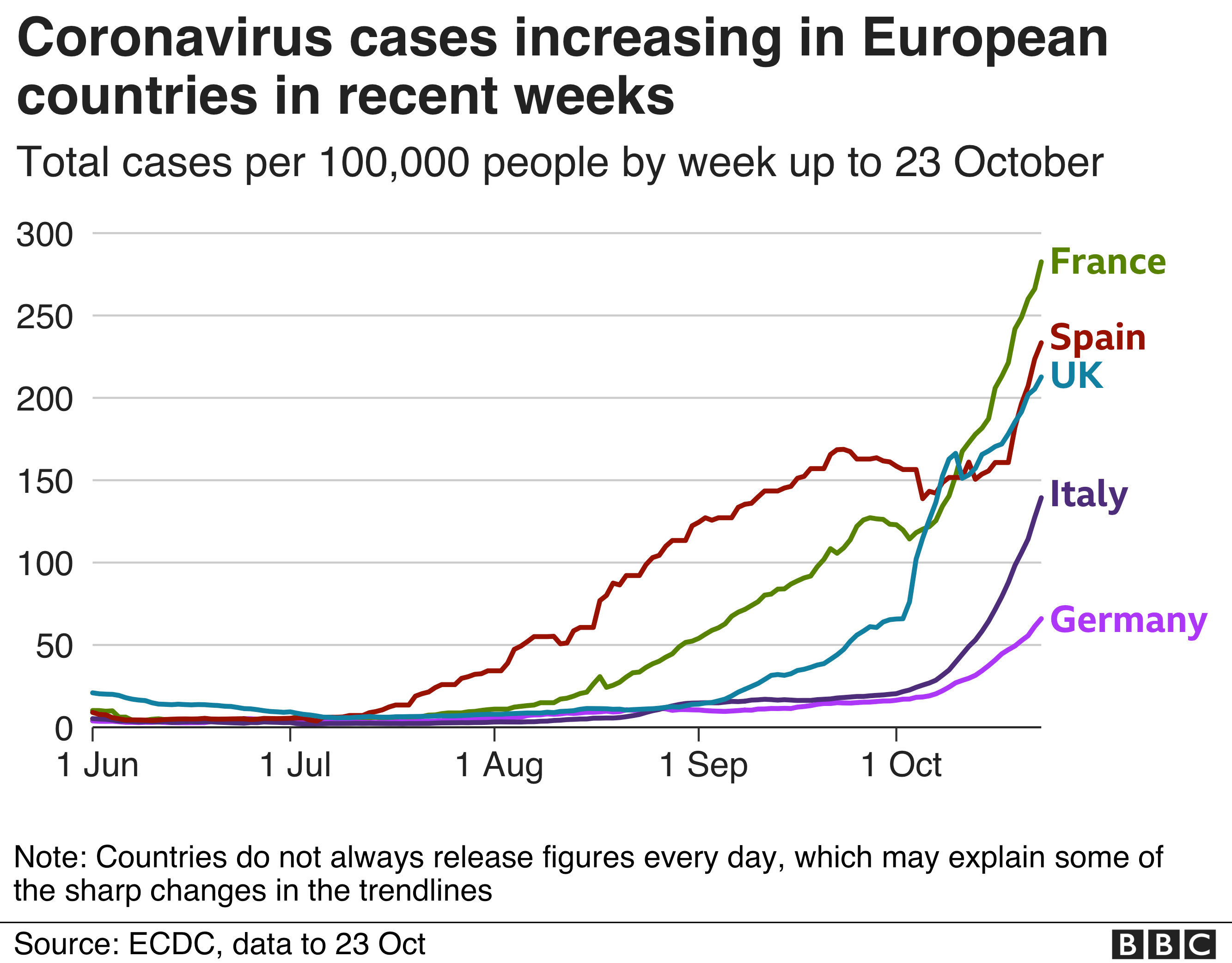