Gold price (XAUUSD) is flat in the Tokyo open, resting within a bullish correction of the recent supply. The US dollar has been under some pressure to start the week which is giving the bulls an opportunity in the yellow metal.

The greenback has suffered a rethinking in the Federal Reserve sentiment as markets dial back pricing of a 100-basis-point interest rate hike in the build-up to the upcoming meeting on July 26-27. Consequently, the greenback fell below 107 on Monday as per the DXY index which measures the greenback vs. a basket of major currencies. It was trading as high as 109.29 in a fresh bull cycle high last week.

Weighing up the Fed 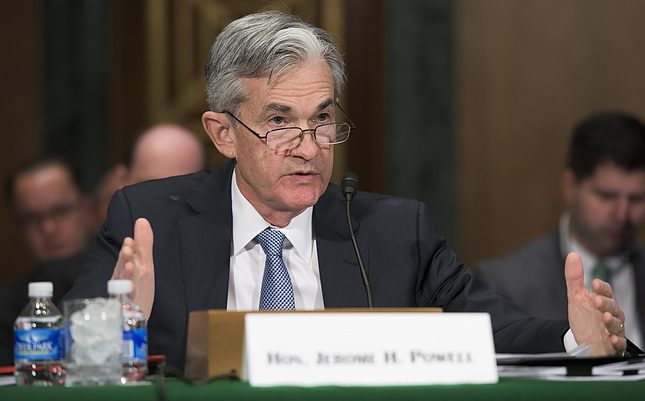 The Federal Reserve is key. A number of economic measures have contributed to the hawkish bias between Federal Reserve speakers leading up to this month's meeting. For one, US inflation surprised once again to the upside in June, both headline and core measures, with annual inflation jumping to a new four-decade high of 9.1%, up from 8.6% in May. That and other data have been supporting global yields and sent the greenback higher within the bull cycle.

At the press conference post the June Federal Open Market Committee meeting, Chair Jerome Powell stated that he would need ‘compelling evidence’ that inflation is easing for the Fed to change course, which he defined as ‘a series of falling monthly inflation readings’. Since then, we have heard from Fed's Raphael Bostic who said “everything is in play” while Mester said there was no reason for a smaller hike. Mary Daly, CEO of San Francisco said 75 bp was her “most likely posture.”

Read more here: Central banks deliver hawkish surprises, what will the Fed do?

''There is no way around it, the Fed has an inflation problem on its hands and the USD will continue to remain king of FX,'' analysts at TD Securities argued.

Gold Prices have crossed the threshold for a trend reversal, marking confirmation of a bear market trading regime in the yellow metal, for the time being, the analysts at TD Securities said. Their ChartVision Trend analytics highlighted that a break below the $1821/oz level by September would cement a downtrend in the yellow metal.

''With gold bugs falling like dominoes, prices have since slashed through various support levels on their way towards the $1600/oz-handle. With prices now challenging pre-pandemic levels, the largest speculative cohort in gold will start to feel the pain under a hawkish Fed regime as their entry levels are tested.''

Finally, the analysts argue that considering the latest CFTC report highlights that although a massive amount of longs was liquidated over the past week, the prop-trader cohort continues to hold an extremely large position size. Therefore, ''in a liquidation vacuum, these massive positions are most vulnerable, which suggests the yellow metal remains prone to further downside still.''

Gold price weekly perspective suggests that a bull correction could be on the cards and the Fibonacci retracement scale has been drawn on the chart above to illustrate the prospect of mitigation in the price imbalances as per the grey areas meeting the Fibs. However, the monthly lows of $1,676.86 as illustrated on the chart below could come within reach sooner than later: 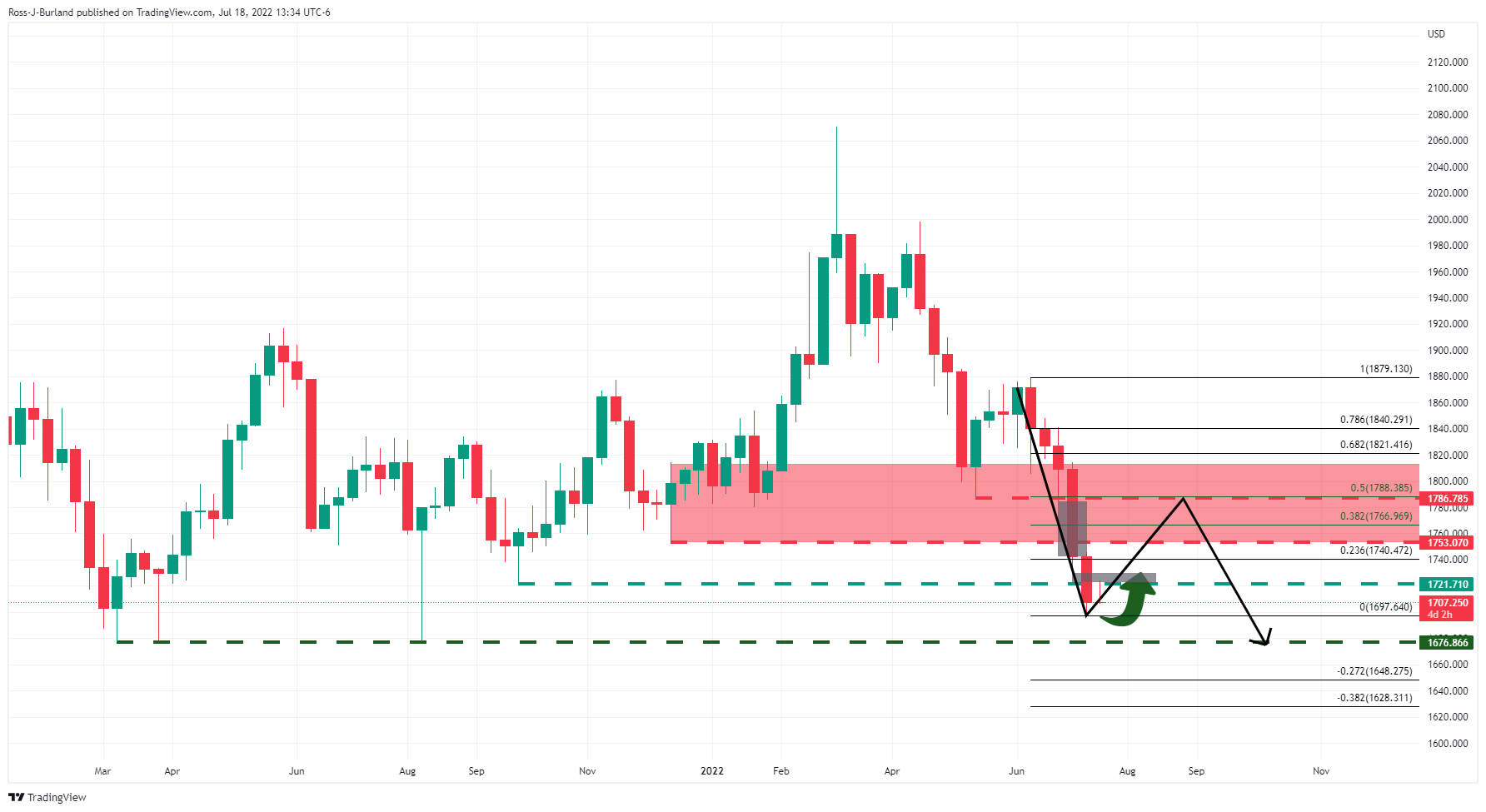