After starting the week above $1,900, gold lost its traction and dropped to a fresh monthly low of $1,860 on Thursday as the European Central Bank's dovish tone and the risk-off environment boosted the demand for the USD. Although XAU/USD was able to stage a technical correction on Friday, it lost more than 1% on a weekly basis and closed at $1,879.

Coming up next week

All eyes next week will be on the United States presidential election on November 3rd and the market volatility is expected to heighten with the outcome having a significant impact on market sentiment.

Previewing the potential impact of the election outcome on gold, "gold heavily depends on stimulus, and the more, the merrier," said FXStreet analyst Yohay Elam. "The optimal scenario is a clean Democratic sweep, followed by a Trump victory. A split between President Trump and the Senate is the worst outcome."

The IHS Markit and the ISM both will be releasing the October Manufacturing and Services PMI reports for the US but the market reaction is likely to remain muted. Later in the week, the Bank of England (BoE) will publish its Monetary Policy Report. If the BoE signals a dovish shift in its policy outlook in the wake of the second national lockdown in the UK, we could see gold gather strength against major currencies as a safer alternative.

Additionally, the US Federal Reserve will announce its Interest Rate on Thursday but investors don't expect to see a surprising change in the policy outlook.

On Friday, Nonfarm Payrolls (NFP) from the US will be watched closely by the market participants. Markets expect the NFP to increase by 700K in October. 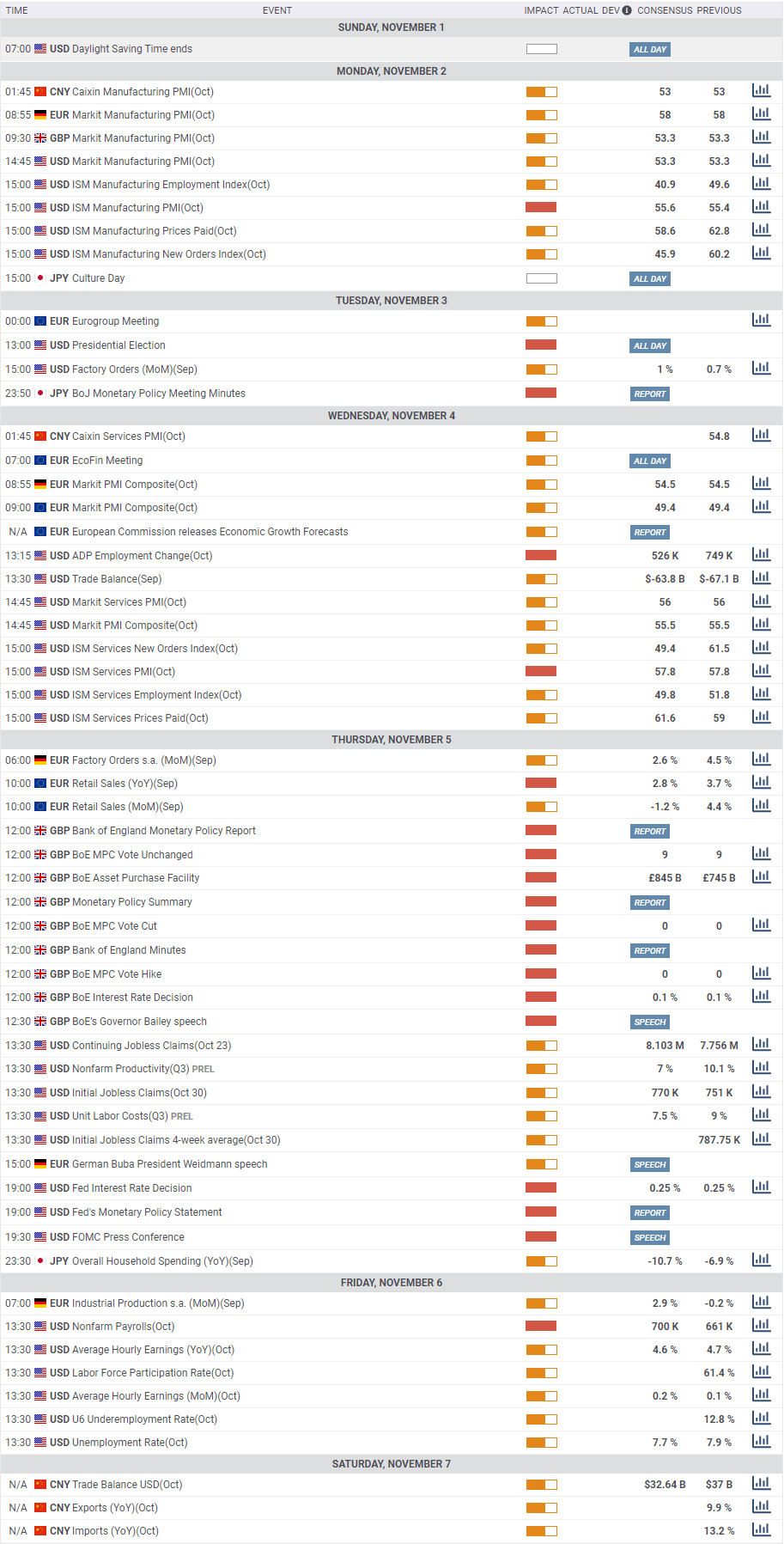 Gold Price Weekly Forecast: XAU/USD needs a blue wave for a golden era, all eyes on the elections.

2020 Elections: Trump is showing signs of a comeback, will the dollar follow?

EUR/USD bears take a breather around mid 1.0400s, pressured near 1.0440 by the press time, as sour sentiment joins anxiety ahead of the Fed’s preferred inflation version. The latest inaction could be linked to the general market dormancy during the initial hours of the Asian session.

Gold price (XAU/USD) has turned sideways after displaying wild swings in the New York session. The precious metal is oscillating in a narrow range of $1,814.96-1,819.13 after reversing its gains.