Tell-tale signs for bullish characteristics have been spotted while DNeX was trading below the resistance level at 0.835, as shown in the video below:

Inside the Telegram Group, Ming Jong Tey has discussed the context for DNEX after the breakout happened on 8 Jun and how to derive the directional bias based on the interpretation of the supply and demand using the volume spread analysis together with the price action. Refer to the screenshort below: 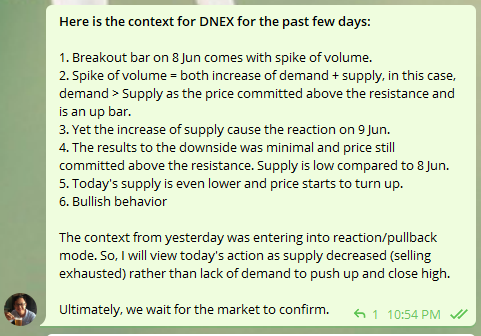 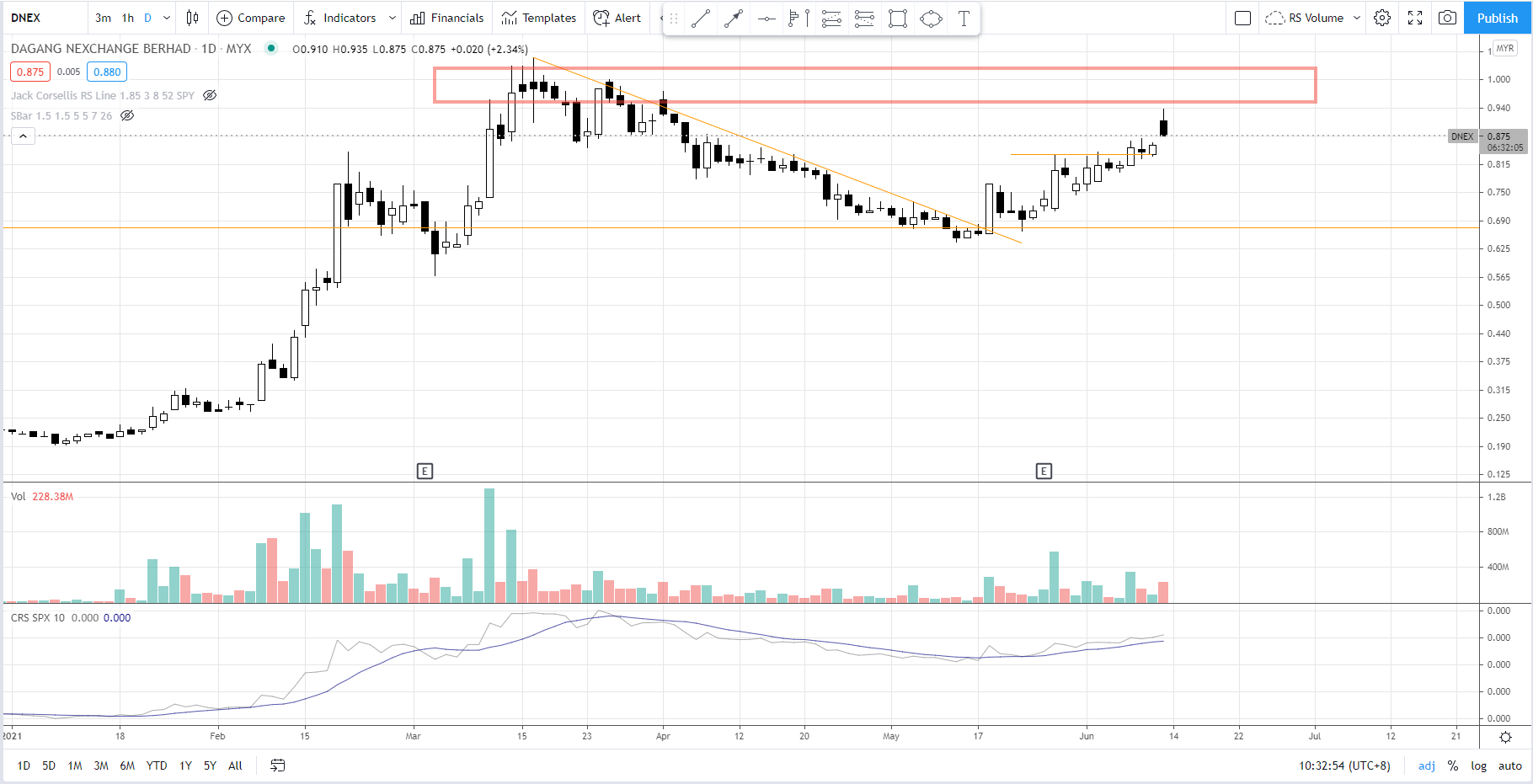 As shown in the daily chart above, DNeX had jumped at the market open followed by an attempt to push up to test the resistance zone at 0.95-1. Profit-taking activity was observed with spike of volume. It is crucial to monitor the today's close to judge the price movement characters for DNeX next week.

As supply has emerged, it is expected to see a reaction or at least a consolidation for DNeX to absorb the supply before the next rally under a bullish scenario. A drop below the resistance-turned-support at 0.835 might negate the bullish case.

EUR/USD looks to 1.2200 amid weaker US Treasury yields, risk-on mood

EUR/USD is advancing towards 1.2200 amid the US dollar’s weakness on softer Treasury yields. Dovish Fed expectations continue to persist despite hotter US inflation. The euro benefits from the ECB’s progressive economic outlook.

GBP/USD is trading below 1.4200, keeping its range intact after the UK GDP missed estimates with 2.3% in April. The cable shrugs off a softer US dollar amid a cautious sentiment ahead of the G7 meeting and fresh chatters over a delay in the UK reopening.

Gold price is looking to extend Thursday’s stellar performance on the final trading day of this week, as the bulls briefly recapture the $1900 mark. Weakness in US dollar and Treasury yields motivate gold bulls.

Shiba Inu price shows little to no connection with the crypto markets as it failed to rally on June 8. Additionally, SHIB continued to descend while most altcoins were on a rally, following Bitcoin.