Crypto stocks look set for more gains on Tuesday as Bitcoin remains in stubbornly bullish mode. The cryptocurrency was steadfast in its refusal to break lower last week despite a risk-off debacle across most other assets. The divergence in assets may be at play as in previous risk-off meltdowns Bitcoin has been dragged lower. Not this time though. Tuesday had a bullish move from Bitcoin, which is up 5% and above $20,000 this morning. That should add to the bullish sentiment for crypto stocks.

Monday saw the beginning of the crypto recovery with COIN stock up.  MSTR stock closed at $200.18 for a gain of over 4%, while RIOT and MARA were also higher. Let's not forget others in the space such as BBIG, which also closed higher. There is little to report on an individual level for any of the above stocks. Tuesday could and should see more gains based on the move in Bitcoin. The failure to break below $18,600 meant a test of ultimate lows at $17,590 was unlikely. The next test is the trendline at $21,400 and then $22,800, which is the high from September 13. 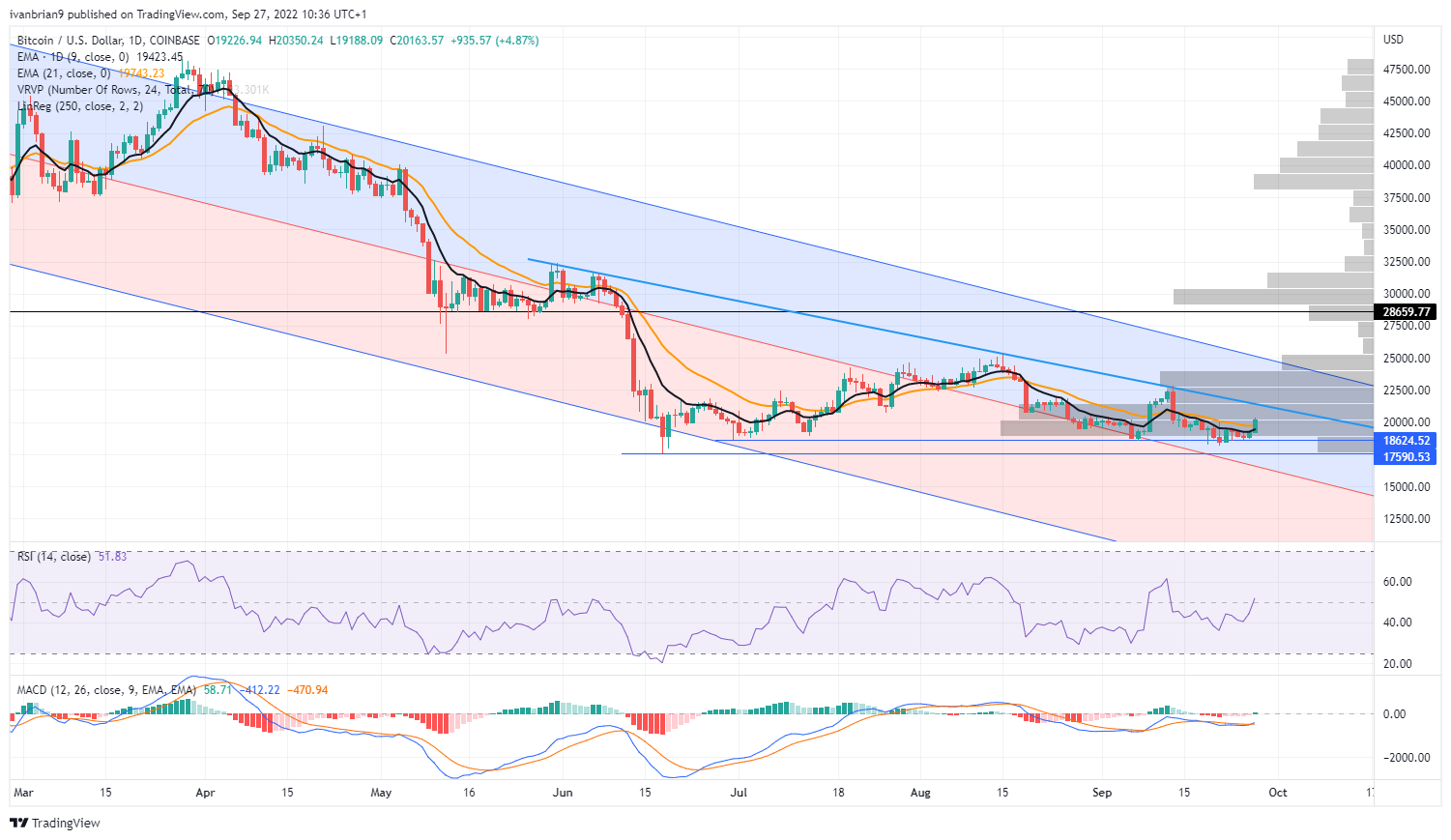 The outlook is intricately linked to the performance of Bitcoin and risk assets. Currently, on Tuesday we may have dual tailwinds from an equity rally and a Bitcoin rally.

Coinbase stock is attempting a short-term bottoming formation but is failing to put in place any fresh significant highs. This is a sign of a weak rally, and a break of the last high at $84.58 is needed. 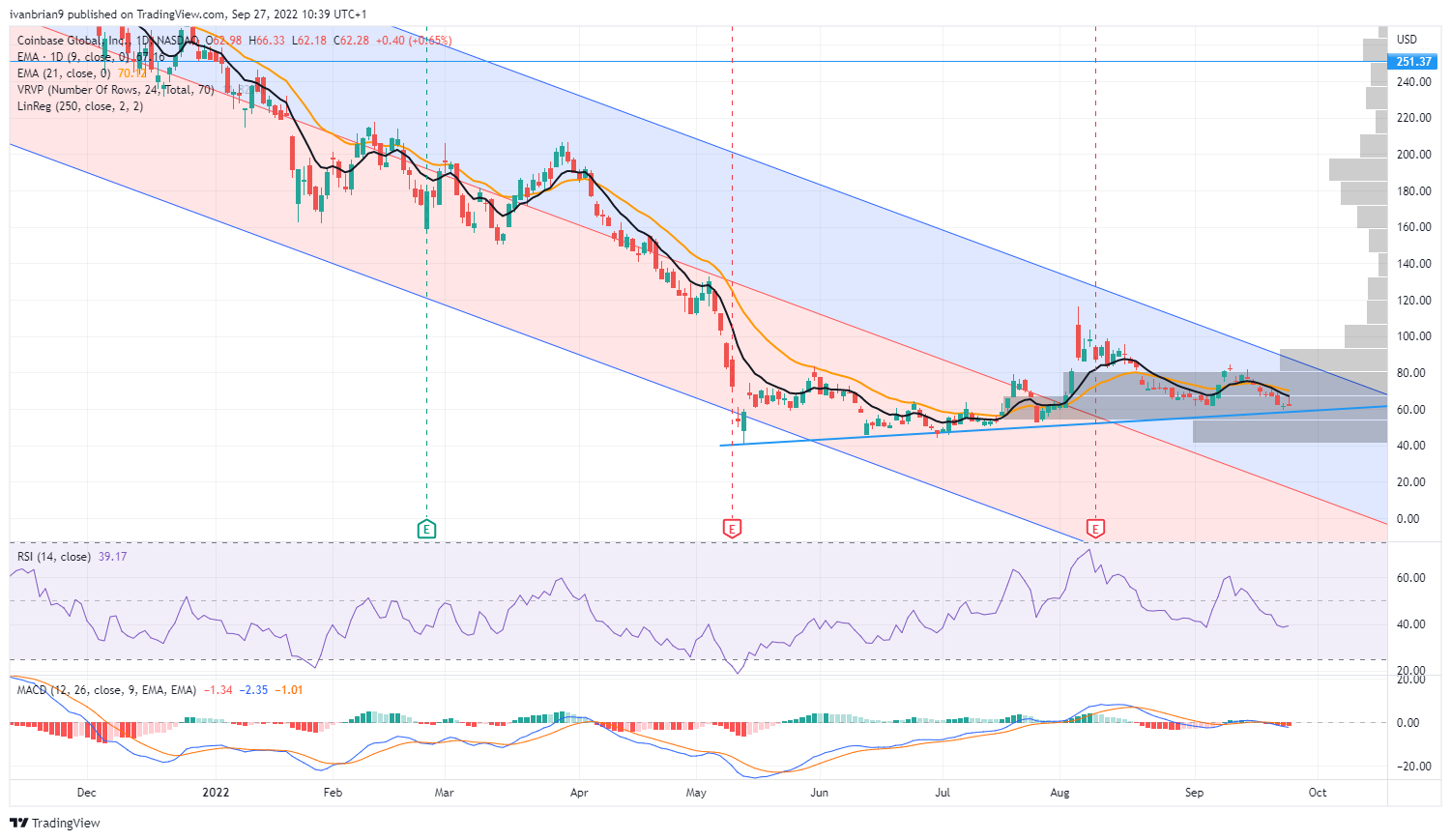 A similar picture in MSTR: a weak rally so far until $362 is broken. 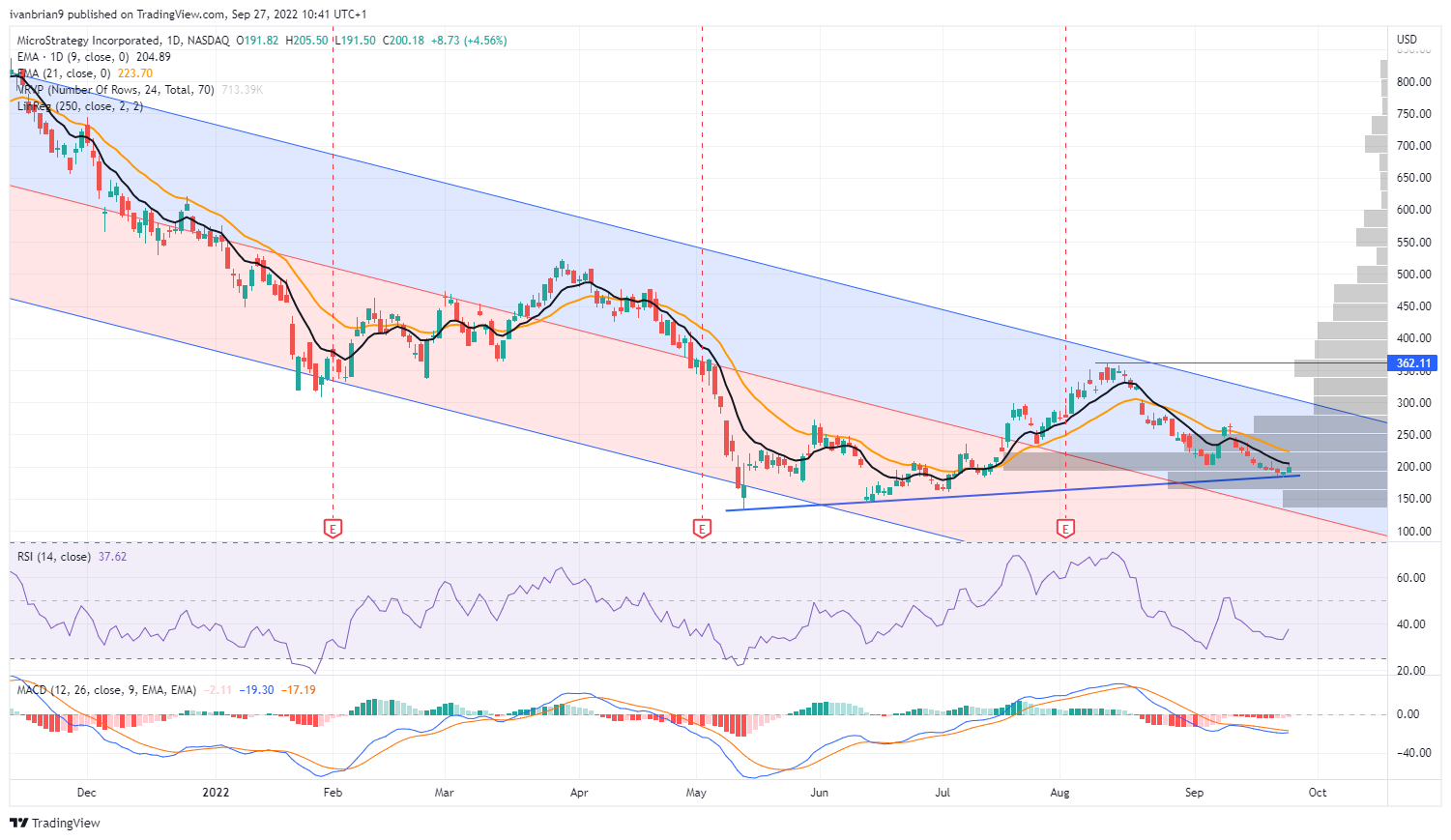