AUD/USD is currently trading near 0.7750, representing a 0.16% drop on the day, having rallied for the third straight day on Thursday.

The losses seen at press time could be associated with the dismal Aussie Retail Sales data released at 00:30 GMT, which showed consumer spending declined more than expected in December.

However, despite the AUD's weakness, the immediate technical bias remains neutral. That's because the pair is still trapped in a channel pattern represented by trendlines connecting Jan. 6 and Jan. 14 highs and  Jan. 11 and Jan. 18 lows.

A breakout would imply a continuation of the broader uptrend and shift risk in favor of a rally to 0.80. Alternatively, a channel breakdown would imply a bearish reversal. 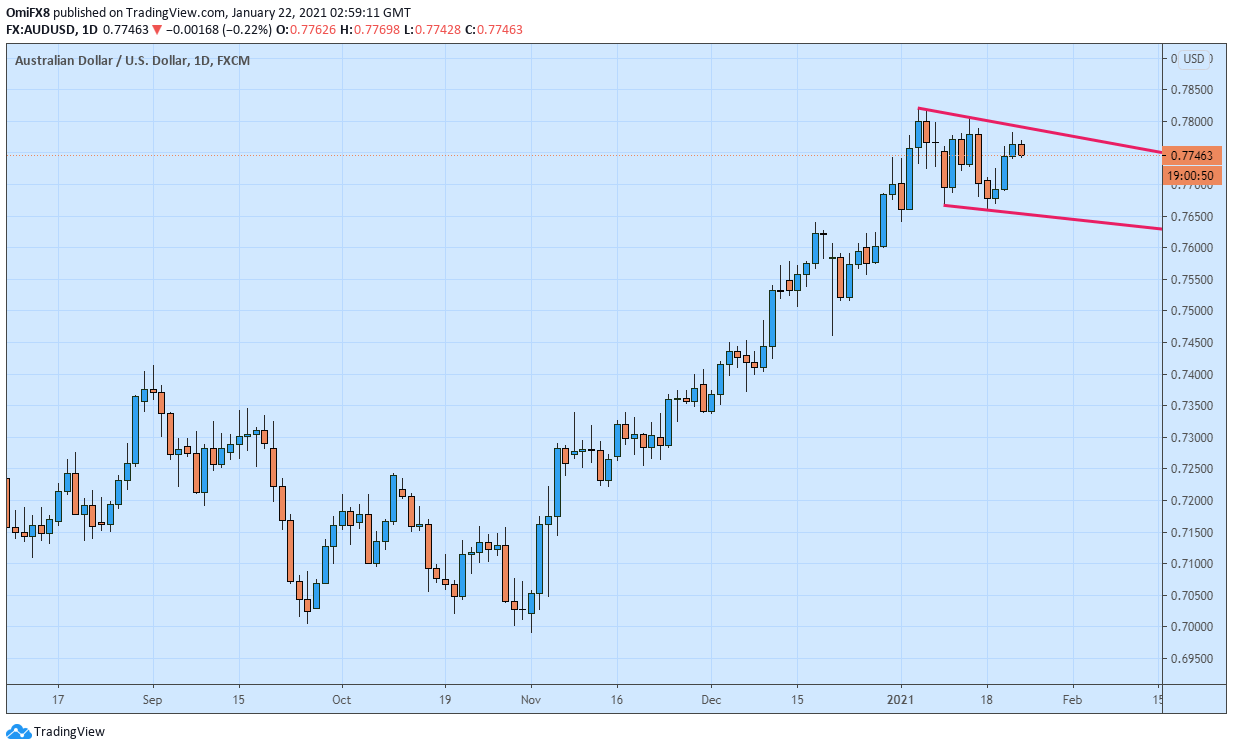