Apple shares finished in the red on Thursday despite the overall market actually closing in the green. The benchmark S&P 500 closed up 0.3%, while the Nasdaq was up an even more impressive 0.77%. Investor fears seem to have been calmed somewhat over the Fed looking to taper its bond purchasing program slightly ahead of earlier schedules. The market has correctly taken the view that this is a good thing, and the Fed will not be behind the curve. It is hard to be sure how accurate this is with recent inflation readings hitting decade highs though. The Fed may already be behind the curve. It is just that the market may not realize this yet. Either way, the market was up on Wednesday, but Apple was down.

The main reason for the underperformance of Apple shares on Wednesday was the by now widely mentioned report from Bloomberg that Apple may have to cut production of the new iPhone 13. Bloomberg reported that Apple would produce 80 million units of the new iPhone 13, instead of 90 million due to the ongoing chip shortages. Morgan Stanley remained bullish, saying that any delays just pushed deliveries into the next quarter as customers remained loyal to the brand. There has also been talk of some Apple suppliers in China having to cut production schedules due to ongoing energy shortages.

Apple has also announced an event for October 18, no further details are available on the possible content.

So far Apple stock has defended the $138 level and put in a potential double bottom at that level. Double bottoms are strong bullish reversal patterns and Wednesday's price action actually reinforces this. The low was $139.20, but Apple stock rallied into the close and finished Wednesday at $140.91.

FXStreet Ideas: Buy the dip at the strong support zone at $133.80. Down here is the Volume Weighted Average Price (VWAP) for the year and the 200-day moving average. 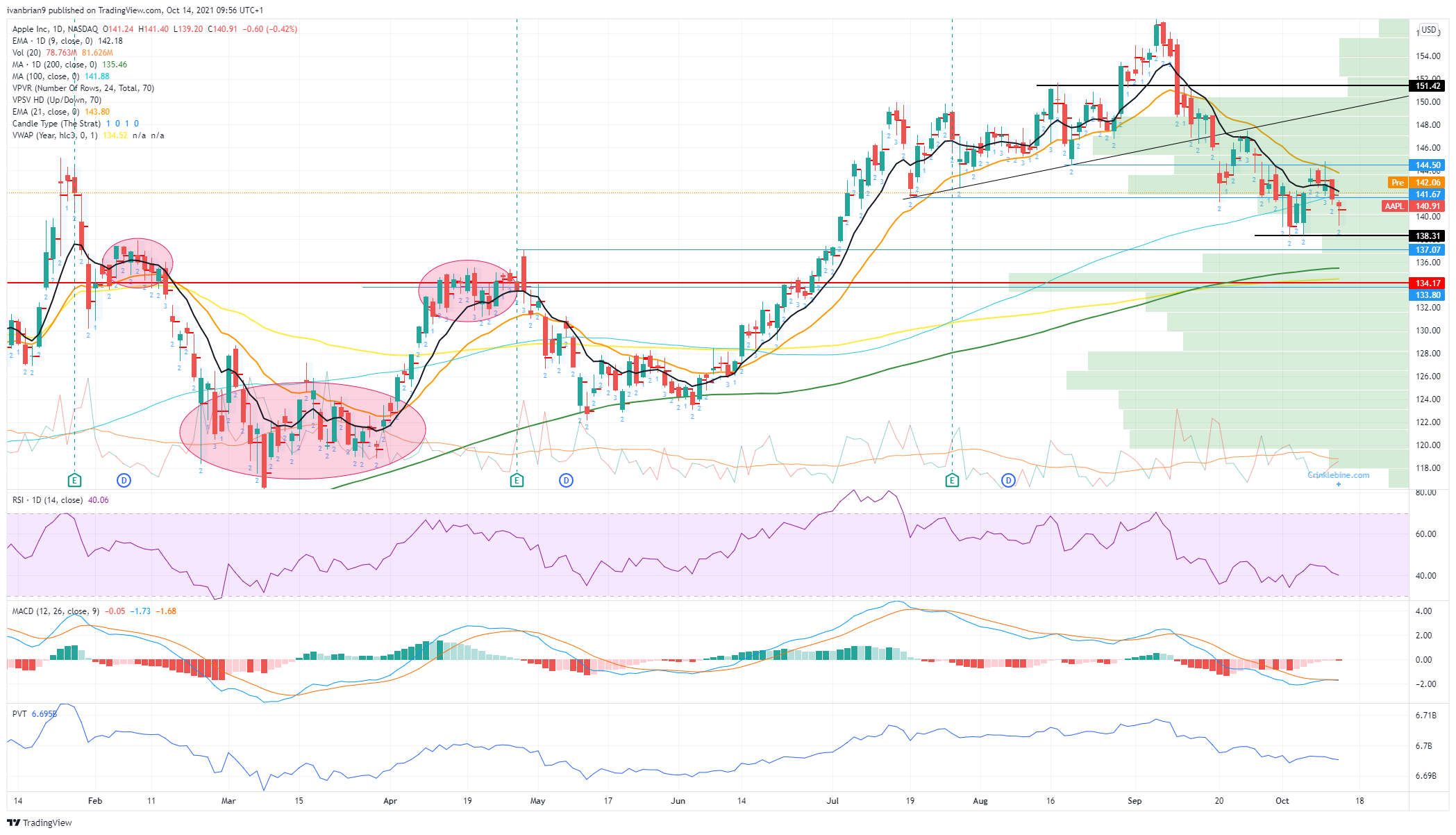