In the last two options articles we discussed two different ways to preserve most of the profits from the current bull market, while retaining some upside potential. Those alternatives were:

Each of these alternatives will result in further profits if the stock market keeps rising, but will limit losses when (not if) the market crashes.

Today we’ll look at the Put Backspread, another alternative that you might want to consider if you were not just apprehensive about the market, but downright bearish. It too has limited risk, no matter how high or low the market goes. The difference is that this one makes only a tiny amount of money if the market continues up. Where it makes its real money (if at all) is in the case of a full-blown crash. In that case, profits are larger the farther the market falls.

You might consider this strategy either in addition to, or instead of, the ones described in the earlier articles.

The Put Backspread has various uses, and one of those is to take on a low-risk bearish bet, as we will illustrate here.

Say that an investor has a stock portfolio that he or she bought five years ago, and it has performed on par with the market averages during that period. If the portfolio started out at $100,000 in 2012, today it would be worth about $191,300, for a 91% five-year increase. It would also have paid about another $9,000 in dividends for a grand total return of just about 100%.

Now, however, the investor believes, based on whatever tea leaves he’s been reading, that the end of this eight-and-a-half-year bull market is imminent. Not only that, he believes that it will end with a bang, as almost every other bull market in history has done. He wants to unload and position himself for the bear market.

The Put Backspread is one low-risk way that could be done.

The profit and loss picture of this trade is as shown here: 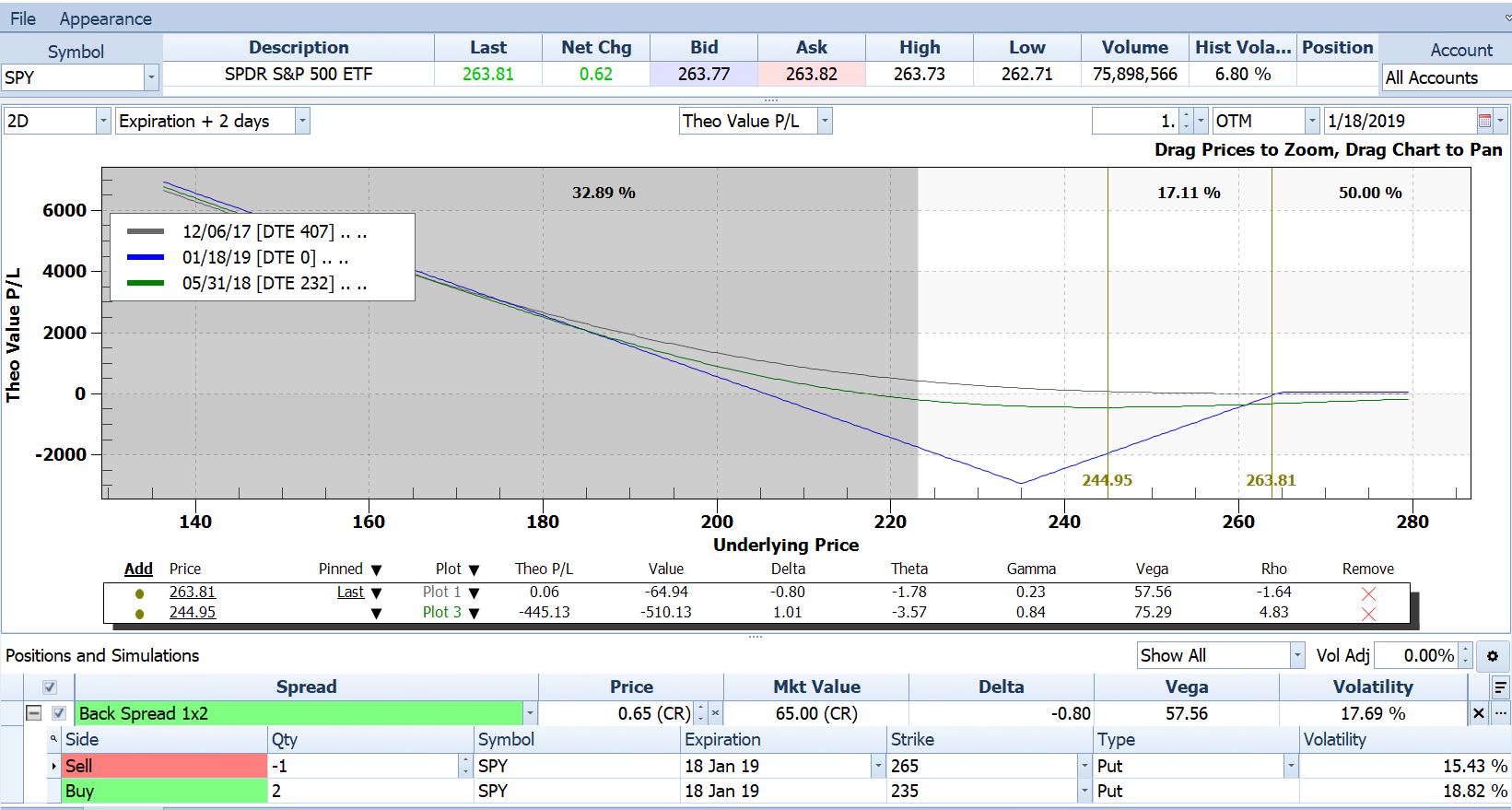 If no action was taken after putting on the trade, and it was held all the way until the 6-month deadline, here are the possible outcomes:

As you can see, the Put Backspread is not a set-and-forget trade. But if you expect a major crash and would like a low-risk way to profit from it, then it could be for you.

Flight-to-safety dragged USD/JPY below 108 for the first time since early January on Friday. Although the pair recovered modestly to 108.20, it remains on track to erase more than 300 pips this week.

Flight-to-safety dragged USD/JPY below 108 for the first time since early January on Friday. Although the pair recovered modestly to 108.20, it remains on track to erase more than 300 pips this week.