In the Online Trading Academy’s Extended Learning Track (XLT) class, there is a session called the Student Trade Review. For those of you not familiar with those sessions, it is where students can submit their winning and losing trades to be reviewed by an instructor. This is a very popular session as successful traders know that in order to improve, you must figure out what you are doing right, and wrong.

I noticed a theme running through most of the losing trades that we were analyzing. Those trades were taken in the hopes of catching a trend reversal. So they were trades opened in the opposite direction of the current trend. I’m not saying that those counter-trend trades will not work out. They will, but only with the right setup.

You need to understand the dynamics of a trend first. There are two distinct environments present in any trend. They are the Impulse and the Correction. We discuss these environments in much greater detail in the Technical Analysis Strategies class, but I will explain briefly them here. The impulsive environment is the movement in the direction of the larger trend. These movements are typically large in price movement but short in duration. Think of large candles covering lots of price. We want to trade the impulses as they offer the most potential reward with the least risk. 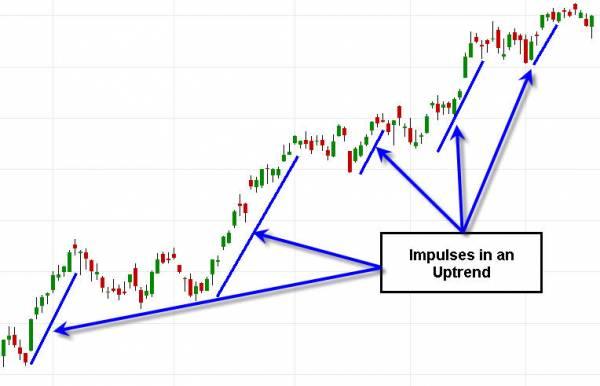 The corrections are pauses or retracements in the trend. They are usually caused by profit taking and also amateur traders trying to time tops and bottoms improperly. The corrections tend to consume more time than the preceding impulses and cover less price distance. We do not want to trade these corrections as risks are elevated compared to the small rewards we may receive. 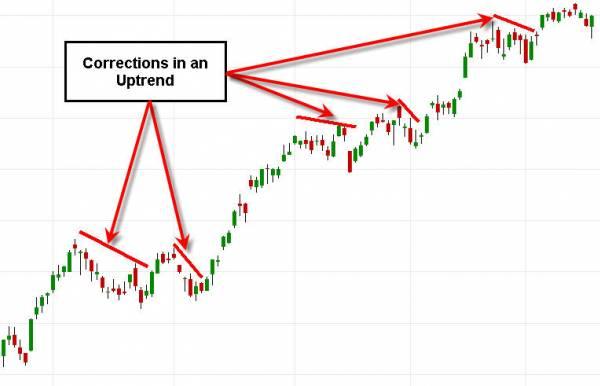 So, how do we know when the trend is ending and the impulses will reverse direction? Trends end at support or resistance of the larger time frame. We need proper perspective and must look for the larger warning signs. Imagine walking with your head down across your living room. You will proceed for a period of time in that direction (the impulse), but eventually end at resistance (the wall). Trading is the same way. You stop impulses at the walls formed from larger time frames.

Look at the example; if you traded the short side of the following stock in the morning, you profited with bigger moves in shorter periods of time. The long opportunities were not as easy to find and offered less potential for reward. That is until the market shifted. Notice how the moves to the upside began to equal the downward thrusts in price length at the bottom of the move. This is an indication of a possible trend reversal. The insert shows this occurred at a larger time frame support area. The last impulses of the day were large ones to the upside! 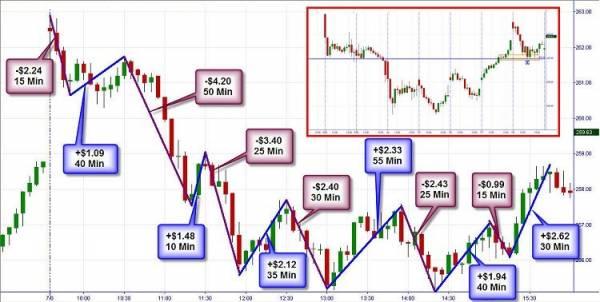 So keep in mind the overall environment you are trading in. Are you trading with the larger trend? Is it about to hit the wall? Until next time, trade safe and trade well!