Over the past few days, Tesla has been skyrocketing higher! Why? Well… There’s a real possibility that Tesla will be added to the S&P 500, FINALLY!  This beckons the question: is Tesla the world’s most valuable car company?

The requisite for a stock to be added to the S&P 500 is that it has 4 consecutive, profitable months. This is something that Tesla has NEVER been able to do.

What’s the benefit of being added to the S&P 500 you ask? Well, as soon as Tesla is added to the index, hedge funds can then purchase its stock.

Most large hedge funds typically only buy stocks that are listed on the major indices. Once Tesla is added to the index, it’s game on!

So far, Tesla has had 3 consecutive months of profits. On July 22nd, Tesla will release its earnings. Everything between now and then is speculation!

So whether you love it or hate it, you have to remember the golden rule… trade what you see, not what you think!

This week’s move in Tesla was a massive 18% move. When we examine the move on a chart, it’s OBVIOUS that this move qualifies as a parabolic move. 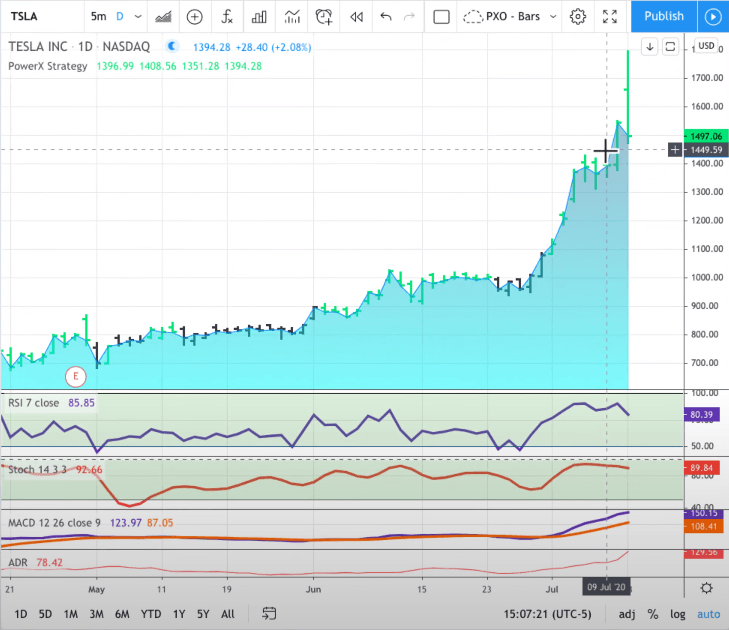 These types of moves are NOT sustainable!

Is Tesla The World’s Most Valuable Car Company?

When we look at the valuation of the company, we see a similar story. Once Tesla hit $1,000 it became more valuable than Toyota, the most valuable car company in the world!

When Tesla hit $1700, its value exceeded that of General Motors, Ford, and Fiat Chrysler, COMBINED!

So as of now, Tesla is actually valued as the world’s most valuable car company… but is it?

Many traders think not. According to CNBC.COM, Tesla’s short-interest level, or the value of all shares sold short, recently hit $19.95 billion.

Will Tesla Stock Crash And Burn? 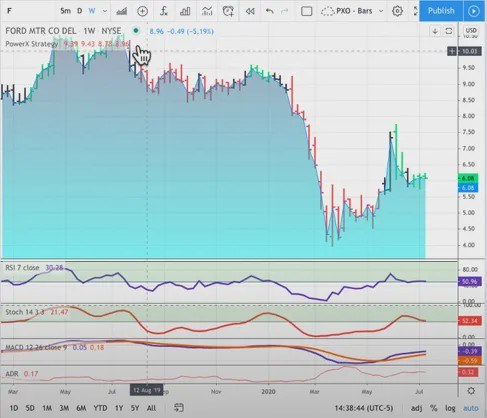 When we look at auto manufacturers like Ford, we can see there’s not really a lot of consumer spending on vehicles right now. Can Tesla really be selling more vehicles than Ford, GM, and Toyota?

The answer to that question is no!

What about that $19.95 billion dollars in short interest?

Tesla’s earnings are due in less than a week. If Tesla doesn’t report a profit for last month, it’s possible that we will see a HUGE correction.

At this point, there’s a lot of pressure for Tesla to report positive earnings for July. It’s extremely high valuations, HUGE parabolic moves, and the possible inclusion of Tesla on the S&P 500 are all contributing factors.

Should I Buy Or Sell?

What-ever you decide, do so with caution. Many people see the huge moves this stock is making and contract the dreaded “FOMO” or fear of missing out syndrome.

Time will tell whether or not the $20 billion dollar bet against Tesla will pay off, but until then…

We have to remember one thing: Trade what we see, not what we think.