A privacy-focused cryptocurrency Zcash is less than a month away from its first-ever halving event that will take place on block 1 046 400, around November 18. This major event for the ecosystem will be accompanied by the fifth massive system update known as Canopy that is supposed to make the network more secure and create the project's development fund.

Zcash (ZEC) is a decentralized cryptocurrency that takes the 30d place in the global digital assets rating. It is based on zk-SNARK zero-knowledge proof technology that allows maintaining a high level of privacy and anonymity of the transaction participants.

Unlike most of the cryptocurrencies out there, Zcash transactions by default do not reveal the information about the sender and receiver's addresses and the amount involved.

Zcash starts a countdown before the Canopy update

Zcash was first released on October 28, 2016, and since that time, it had four significant updates realized through the hard forks. The latest update, known as Heartwood, was activated in July 2020, and now the project is moving into the fifth update that will include five major ZCash blockchain improvements (ZIPs).

From the technical point of view, the upcoming update is a hardfork, just like all previous major updates in the Zcash ecosystem. It means that all node operators will have to upgrade their software to continue working in the network. To streamline the process, the developers released guidelines that will help users move to a new protocol version.

Halving is a frequent event in the cryptocurrency space. It reduces the rewards received by miners and helps to control network inflation. Bitcoin went through three halvings, while Zcash is going to have its first one.

As a result, ZEC miners' remuneration will be slashed from  6.25 ZEC to 3.125 ZEC per block. Apart from that,  Zcash halving will also see the sunsetting on the Zcash Founder's Reward. Just like with Bitcoin, halving happens when a certain amount of blocks are mined.

Halvings are a part of the cryptocurrency economic model as they help ensure that coins are issued at a steady pace with a predictable decaying rate. It is also a tool to control monetary inflation and a significant difference from fiat money.

At the time of writing, ZEC/USD is changing hands at $64.21. Since this time on Wednesday, the coin has gained 6.3%, though it is still nearly 8% down on a week-to-week basis.

From the technical point of view, ZEC/USD rebounded from a strong support area of $58 reinforced by the long-term daily EMA. If the upside potential is sustained, the price may retest the resistance area of $67, followed by the short-term EMA at $69. Once it is out of the way, $74 will come into focus. 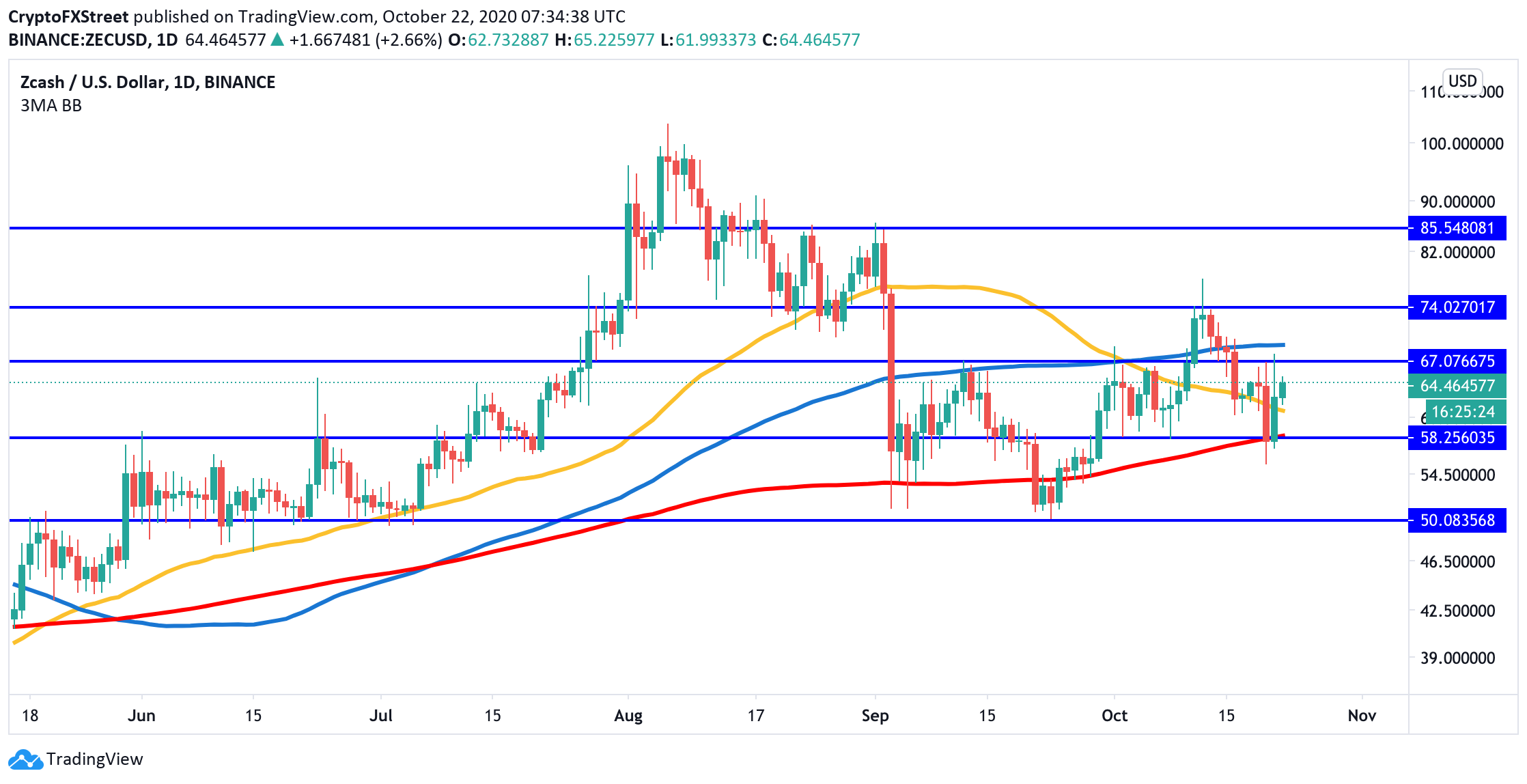 On the downside, a sustainable move below the above-mentioned support of $58 will allow for an extended decline towards $50. This area served as strong support in June and July; now, it has the potential to stop the decline and initiate a bullish recovery.

XRP, like the rest of the market, had a significant crash from its peak of $0.78 down to $0.456. The digital asset is currently trying to bounce back up, trading around $0.537, awaiting a clear breakout or breakdown from an ascending triangle on the 30-minute chart.

Bitcoin is hovering around $17,000 after a heart-breaking sell-off to $16,200 on Thursday. However, the industry experts warn that the downside correction has just started.

Germany's finance minister, Olaf Scholz, said that Europeans should work very hard to come up with a solution for digital payments, as there is a massive demand for digital money from consumers and businesses.