XRP price shows no signs of a quick recovery, unlike other altcoins that have undone the recent crash. If and when the bounce does occur, there are also firm hurdles ahead that will likely trigger another sell-off in Ripple price, pushing it lower. While the techncials spell trouble for the altcoin, the legal battle between the SEC and Ripple seems to be ongoing without a conclusion since December 2020.

The most recent development includes Ripple Labs General Counsel Stu Alderoty, who has taken to Wall Street Journal to express his views on what the SEC has been doing. Alderoty states that the SEC's actions have not helped investors but have left them holding the bag. He also adds the SEC considers itself "the cop on the beat” for crypto.

XRP price shows a lack of buying pressure that has kept it under a crucial resistance level at $0.340, while many altcoins have exploded. For now, if the buyers do step in, the likely level where the remittance token could form a local top is $0.340.

If buyers successfully push above this level and flip it into a support floor, then XRP price could extend its run-up to $0.360. This resistance level is crucial and is likely to induce a lot of selling pressure, keeping Ripple bulls under control.

A rejection here could trigger the next leg of the crash that could knock XRP price to $0.286. In some cases, this nosedive might occur after a brief wick to the $0.381 blockade. 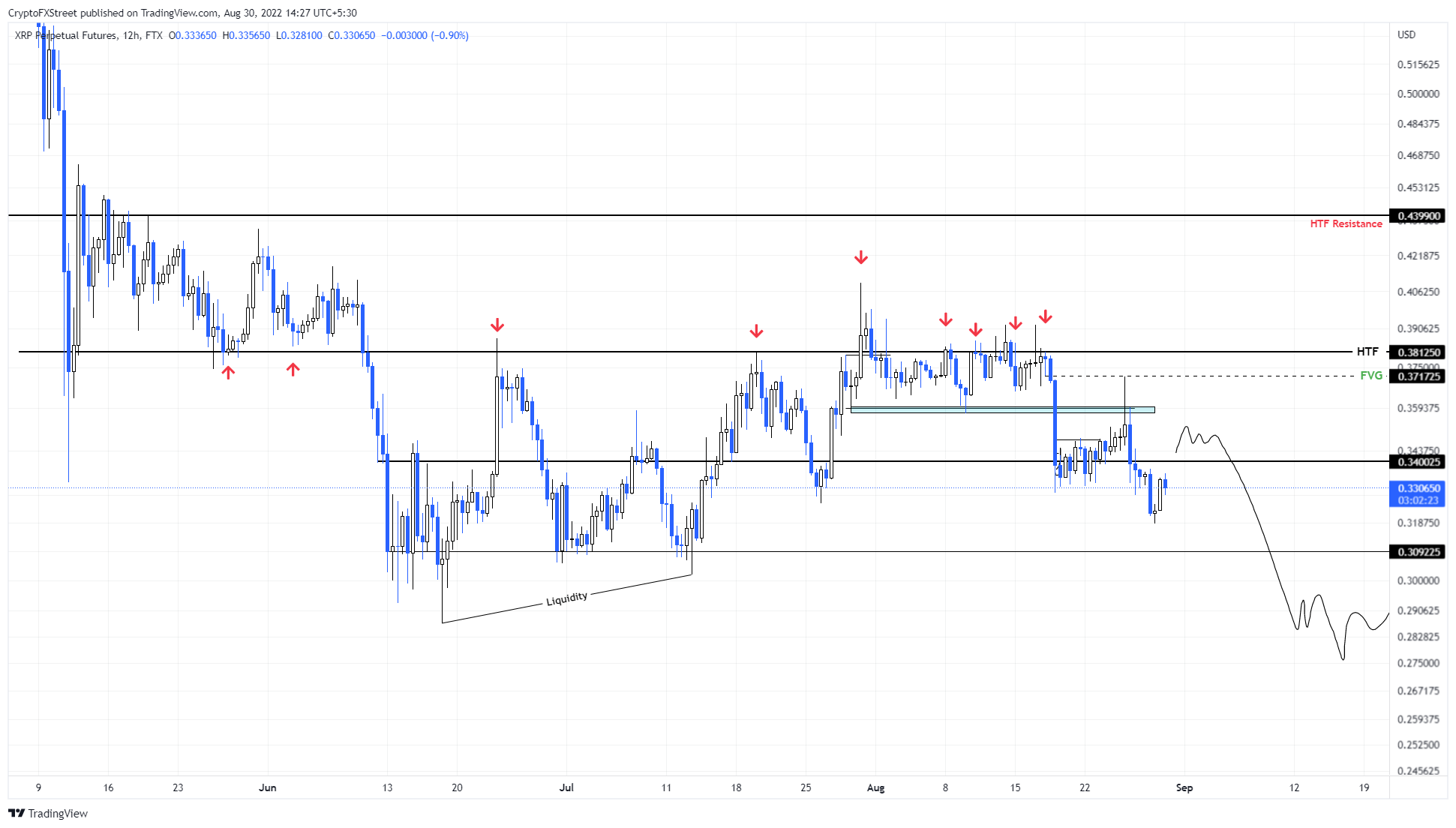 Regardless of the lack of bullish momentum, if XRP price manages to flip the $0.381 hurdle – which has prevented the altcoin from moving higher for more than three months – it will indicate a resurgence of buyers.

This development will further invalidate the bearish thesis and indicate the start of an uptrend. In such a case, RP price might revisit the $0.439 barrier.