Fresh reports suggest that the U.S. Securities and Exchange Commission (SEC) is looking to slap a massive lawsuit on Ripple. The contention stems from the disputed status of the company's native cryptocurrency, XRP. The move comes shortly after the federal agency's chairman Jay Clayton announced he will be stepping down by the end of the year.

Ripple's CEO and one of its co-founders in soup

In an interview, the head of Ripple Brad Garlinghouse said that he and the distributed ledger startup's co-founder, Chris Larsen, are reportedly going to be named as defendants in a lawsuit against the SEC. Garlinghouse didn't mince words in lashing back at the U.S. financial watchdog's decision to drag his company to court.

"It's not just Grinch-worthy; it's shocking. It's an attack on the entire crypto industry and American innovation," said Garlinghouse.

He also added that Ripple will fight the case and that the U.S agency is 'cherry-picking' innovation in the cryptocurrency sphere to suit their regulation needs. Especially in a scenario when the inadvertent beneficiary could be China.

The SEC - out of step with other G20 countries & the rest of the US govt - should not be able to cherry-pick what innovation looks like (especially when their decision directly benefits China). Make no mistake, we are ready to fight and win - this battle is just beginning. (3/3)

Nonetheless, the SEC will be going ahead with its charge of claiming that XRP is a security and that Ripple failed to register it before soliciting the sale of this token.

Now, a further spike in selling pressure could see the token move past the $0.44 price hurdle and drop towards the next critical area of interest at $0.36 based on the Fibonacci retracement indicator. 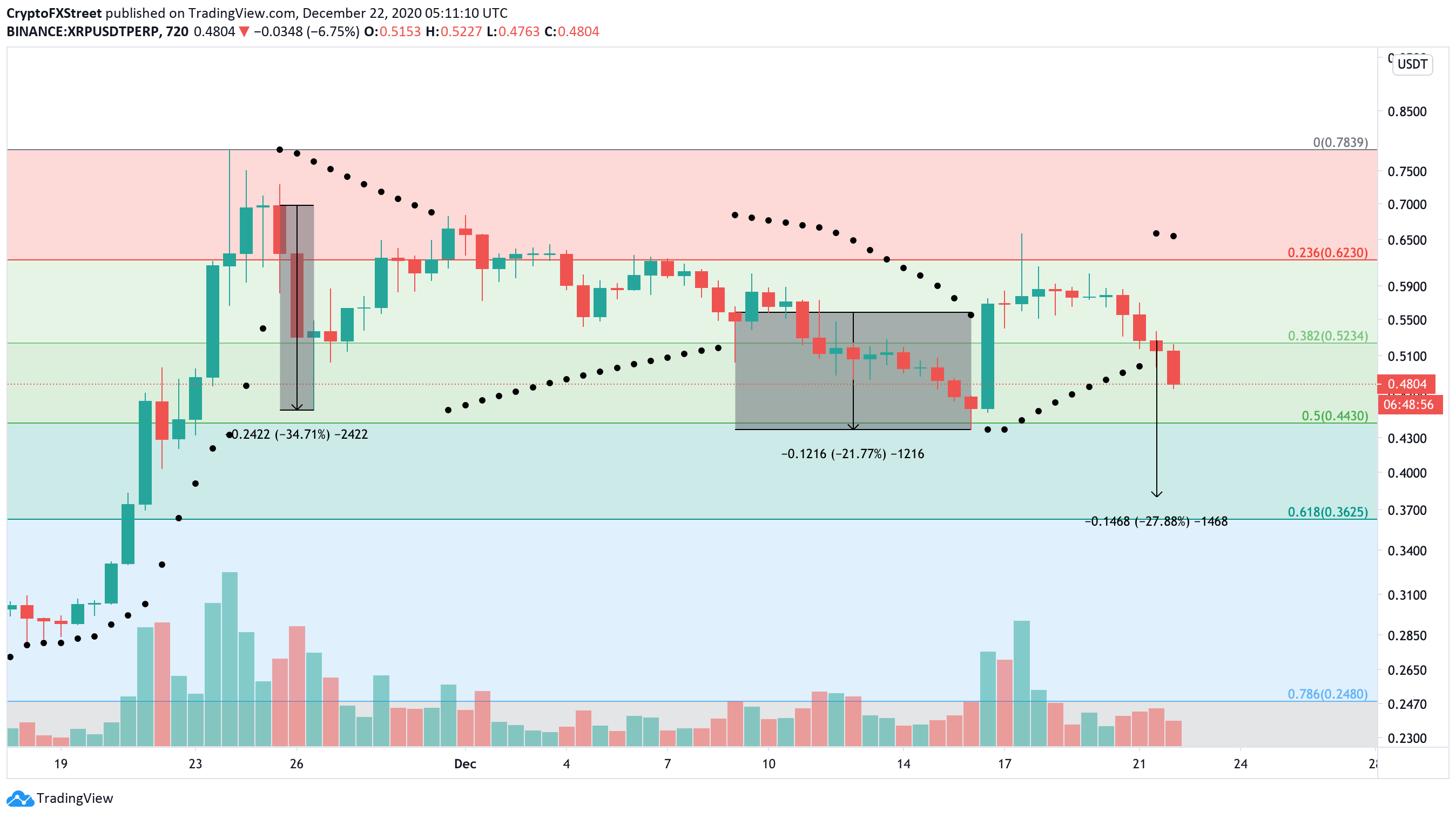 The parabolic stop and reverse, or “SAR,” adds credence to the pessimistic outlook as it anticipates that XRP’s uptrend reached exhaustion.

By taking into consideration the last two times the parabolic SAR flipped from bullish to bearish within the 12-hour chart, XRP price may drop another 18% if the sell-off intensifies. This target coincides with the 61.8% Fibonacci retracement level at $0.36.