XRP price rallied after forming the third swing low on August 31. However, this upswing may not be enough to sustain it above a critical barrier. As Ripple continues to consolidate near this barrier, a massive rally awaits.

XRP price rose 21% between August 31 and September 3, retesting the $1.27 resistance barrier. However, over the past 48 hours, Ripple has failed to cross this key hurdle, which is keeping the altcoin from gains.

A decisive daily candlestick close above $1.27 will confirm a breakout and propel the remittance token by 27% to tag the upper limit of the fair value gap. If the buying pressure continues to persist, XRP price will likely climb to tag the subsequent ceiling at $1.70. This move would represent a 35% ascent from the current position.

Although a further ascent is plausible, Ripple is likely to retrace and gather steam. 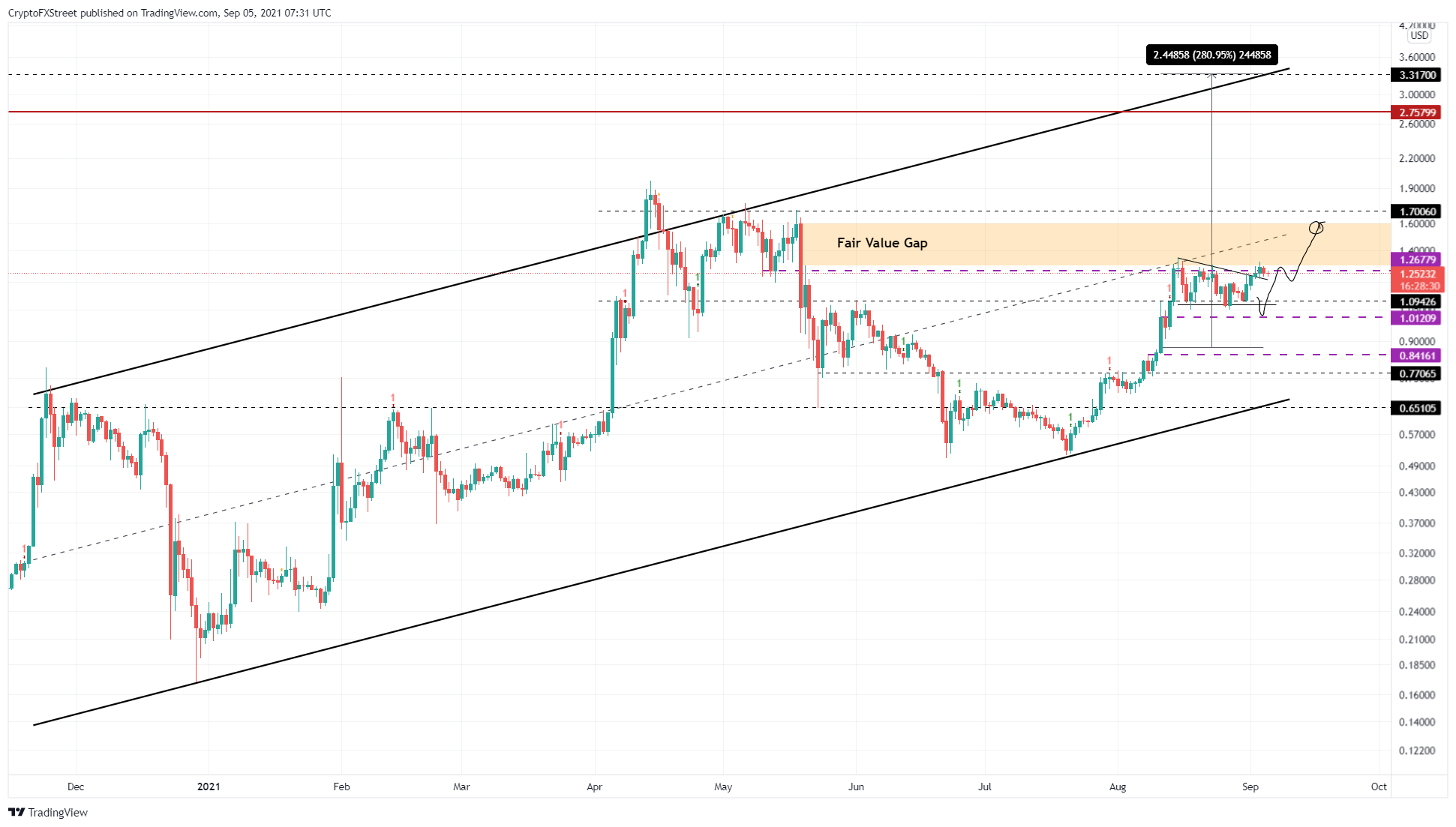 On the other hand, a failure to breach through the $1.27 resistance barrier will indicate a weakness among buyers. Such a development could also lead to a potential sell-off, pushing XRP to retest the August 31 swing low at $1.09.

If Ripple produces a lower low below $1.09, it will invalidate the bullish thesis and increase the chances of a sell-off.