XRP price continues consolidating without providing a clear signal for where it is heading next. Two significant barriers could define Ripple's fate.

XRP price is currently tussling with the 100 four-hour Simple Moving Average (SMA) at $1.094, which coincides with the supply zone’s lower limit. Therefore, investors can expect Ripple to pull back by 10% into the demand zone that stretches from $0.948 to $0.985.

Interestingly, the 50 four-hour SMA at $0.942 is extremely close to the level mentioned above, so an XRP price correction here will mostly face extinction and allow buyers to kick-start a move higher.

Following the short-lived downswing, XRP price may push to the 100 four-hour SMA at $1.094. A successful breach of this level will allow the buyers to conquer the supply zone and send prices higher.

Only a decisive close above $1.183 will confirm a breakout for XRP price. Such a move will allow the bulls to carry the remittance token to retest the 200 four-hour SMA at $1.293. 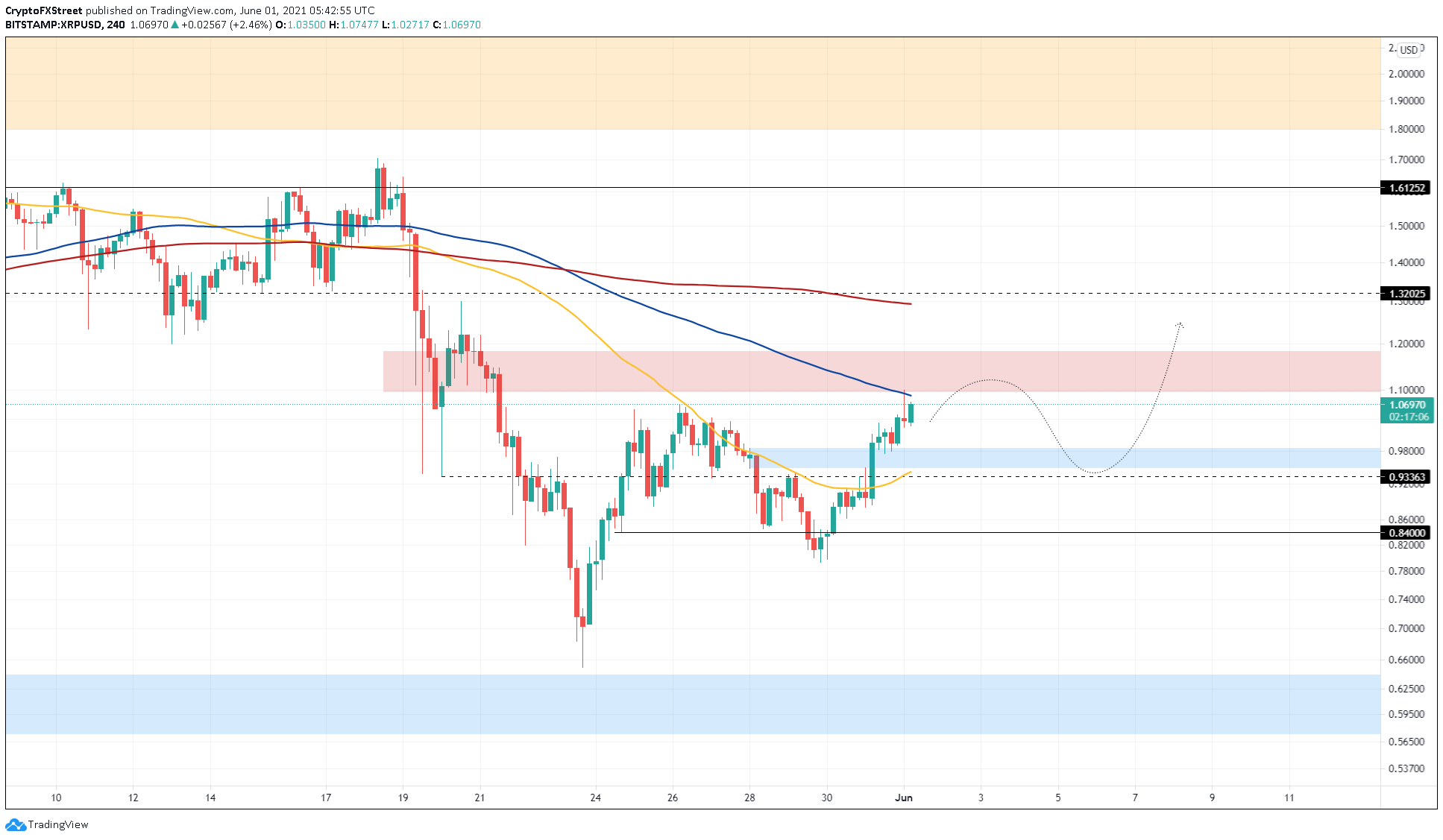 On the flip side, if XRP price fails to hold above $0.934, it will invalidate the optimistic narrative. A spike in selling pressure will set the stage for a 9% drop to $0.84.

SafeMoon Price Prediction: SAFEMOON has one last chance for 65% rally

SafeMoon price experienced a massive sell-off that has pushed it to slice through major support levels, jeopardizing its ability to move higher. Despite this, SAFEMOON currently sits above the last line of defense.

While the SEC v. Ripple continues to see no end in sight, the blockchain firm is increasingly moving out of the United States. However, Ripple CEO Brad Garlinghouse stated that the firm is not giving up on the US. SEC Chair Gary Gensler believes that ...

Roughly 75% of Ethereum nodes are ready for the upcoming upgrade, the London hard fork. The ETH London upgrade is expected to take place on block 12,965,000, scheduled to occur on August 5. Ethereum price managed to slice above $2,700 for the first time since early June.

MATIC Price Prediction: Polygon awaits a trigger that could propel it 68%

MATIC price has stayed lull after July 26 swing high at $1.137. The sideways movement indicates a build-up of pressure, which could lead to a massive move in either direction. A breakdown of the $0.90 demand barrier will invalidate the bullish thesis.