Swiss digital bank Sygnum announced that it is now offering Cardano staking alongside Ethereum and other altcoins enabling users to earn interest from their staked ADA. Crypto security firm Ledger announced support for 100 Cardano tokens to its wallets, fueling bullish sentiment among holders.

Swiss Bank Sygnum announced that it has expanded its bank-grade staking offering with the addition of Cardano. The bank’s clients can now conveniently and securely store the eighth largest cryptocurrency by market capitalization and securely stake it through Sygnum’s institutional-grade banking platform.

Sygnum chose Cardano for its meticulous and thorough peer-reviewed processes, as the third generation blockchain platform implements evidence-based updates to its chain.

Crypto security developer Ledger Live announced the addition of 100 Cardano assets to its platform. Ledger Live has over 4 million users, and extending support for Cardano assets is indicative of a bullish outlook on the blockchain network.

More great news for the @Cardano community - we’re integrating 100 more Cardano tokens into Ledger Live! $WMT, $DANA, $ADAX and more are all available to manage from the security of Ledger Live + your Nano.

RektCapital, a crypto analyst and trader, identified a breakout in Cardano price  from a falling wedge price pattern. Cardano needs to reclaim $0.515, its mid-2017 resistance before a 40% price rally can occur. The analyst has set an eventual target of $0.720 for Cardano. 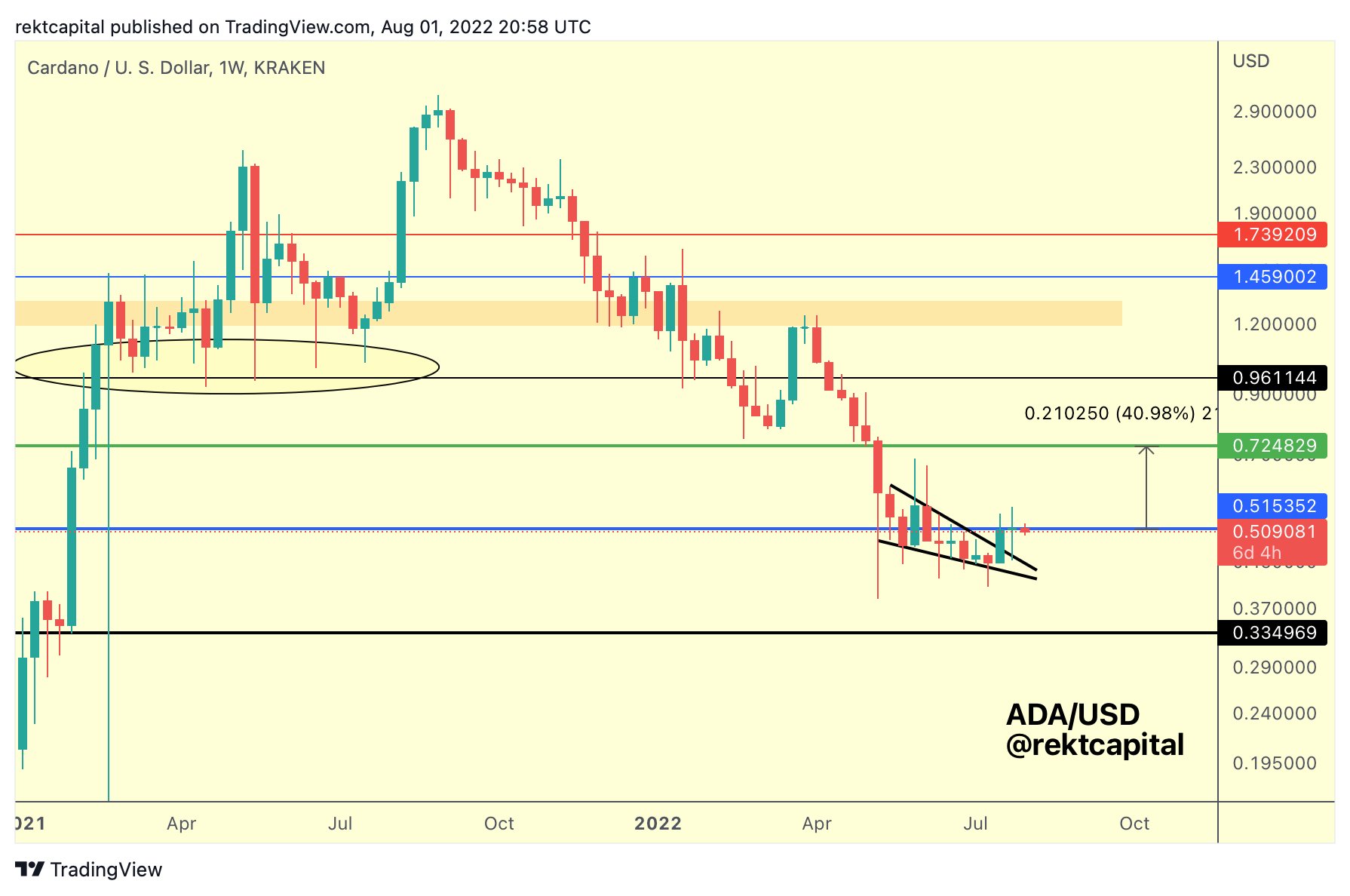