Vitalik Buterin, the co-founder of Ethereum, recently published a blog with a roadmap for scaling the network. In the short-, medium- and long-terms, rollups are the possible scaling solution for the Ethereum network.

Zero-knowledge (zk) rollups have better data compression than the Ethereum base layer, and Buterin describes a pragmatic path towards a solution to increase the available data space using projects like the Graph protocol.

The Graph protocol is a web3 project that indexes and queries blockchain data with GraphQL.

Protocols like TheGraph can create incentivized marketplaces where clients pay servers for historical data with Merkle proofs of its correctness. This creates an incentive for people and institutions to run servers that store historical data and provide it on demand.

Open interest is considered indicative of increasing demand for the asset. Open interest in GRT tokens on Binance, Huobi and FTX crossed $65.64 million over the past 24 hours. 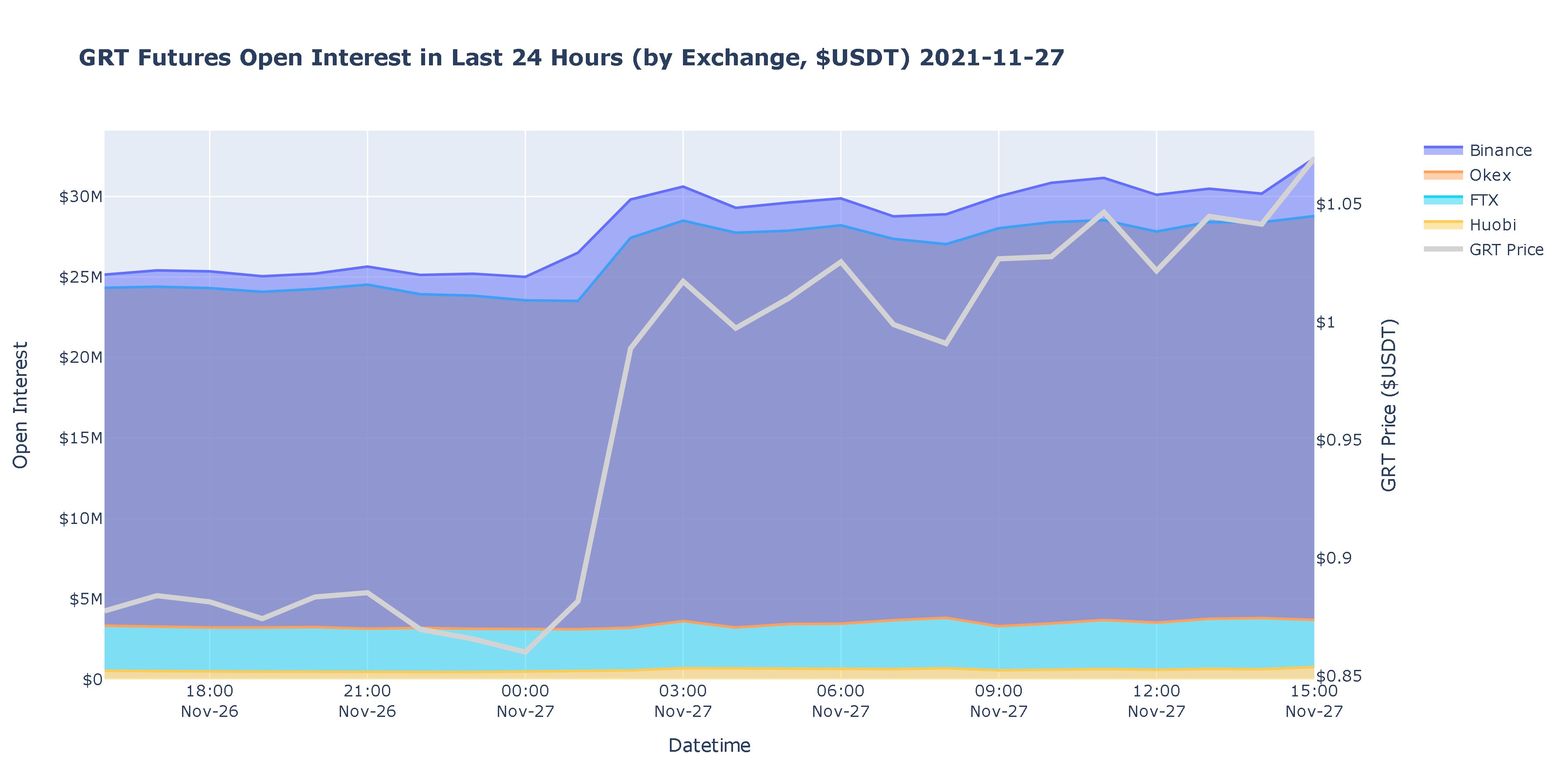 Open interest in GRT Futures in the past 24 hours.

$GRT: Kind of a weird chart, lots of volume coming in on this one. Still waiting for a big move w. volume to follow. #GRT pic.twitter.com/bSF0Tk35pt