VeChain price from the weekly perspective looks very bullish, a breakout from a rising channel and a close near the high. No hint of a 40% decline, but that was the case this weekend. It shows there remains a high number of committed speculators around the world, despite the lofty prices. Still, the technicals indicate that the upside is probably limited to a 30-60% gain from the current price.

VET emerged from a cup-with-handle base in early January and has rallied over 1100%, mainly staying in the bounds of a rising channel until last week. The blow-off move of last week has cleared some critical short-term resistance levels but put VET close to the 361.8% Fibonacci extension of the handle correction in late 2020 and within a couple of solid days from the common cup-with-handle measured move target of $0.3824.

An ideal outcome for bullish speculators is one or two inside weeks to remove the price compression of the significant gains last week, putting it in a better position to notably extend the rally. However, if VET shoots for new highs this week, look for $0.3099 to be a point of resistance, a 30% gain, followed by the cup-with-handle measured move target at $0.3824, providing around a 60% gain for speculators. 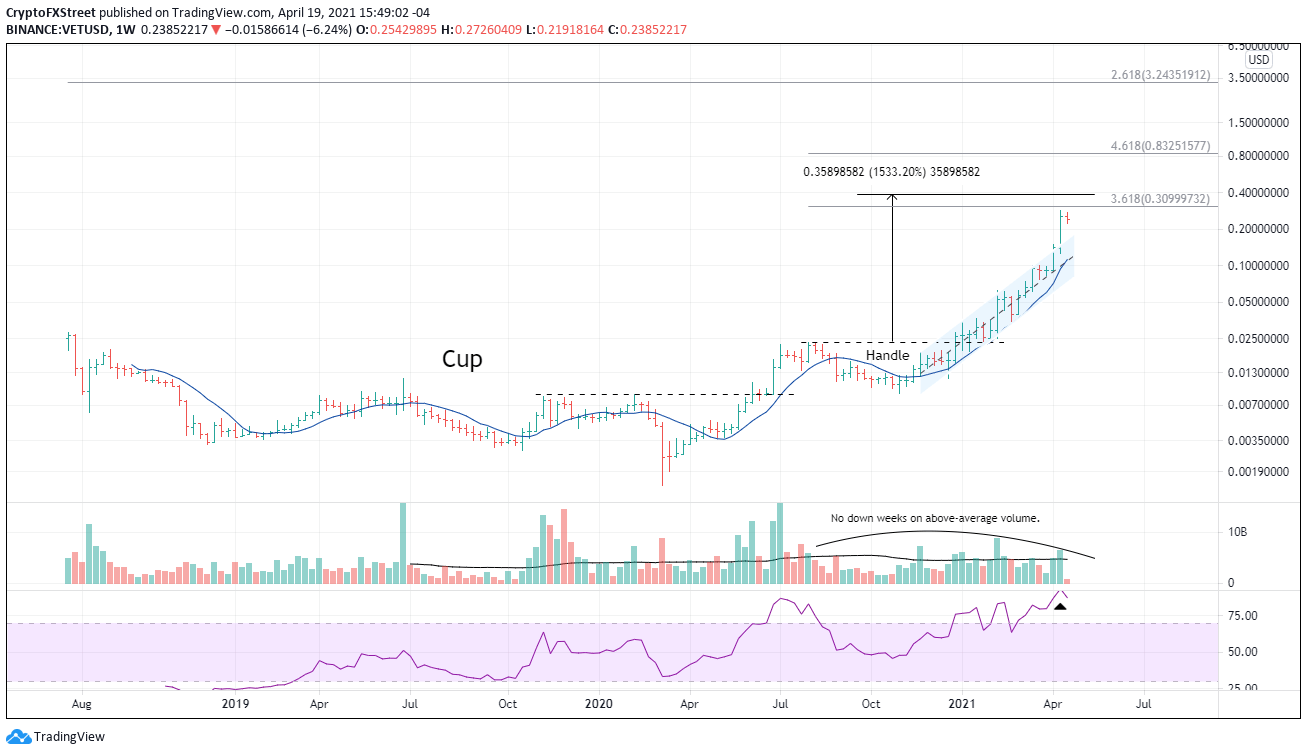 Some technical indicators are flashing a sell signal, such as the weekly Relative Strength Index (RSI). Hence, speculators need to be prepared for a sustained correction of the massive gain in 2021. Great support is at the channel’s upper trendline at $0.1705 and then the convergence of the channel’s mid-line with the 10-week SMA around $0.1125.