VET picks up bids around $0.0825, up 1.40% intraday, during the early Friday. In doing so, the quote respects the previous day’s bounce off 100-SMA but keeps the downside break of the previously critical support line stretched from February 28.

Given the downbeat MACD and sell signal from the Super Trend indicator joining the cryptocurrency pair’s trading below the key resistance line, VET sellers have the gate pass.

However, a clear downside break of 100-SMA, around $0.0770, becomes necessary for the VeChain bears to eye the early month top surrounding $0.0685.

Following that, the $0.0500 threshold can offer an intermediate halt during the quote further weakness before highlighting the late February low near $0.0340.

Meanwhile, an upside clearance of the previous support line, at $0.0860 by the press time, will defy the bearish bets and can again propel the quote to the monthly peak near $1.0005. 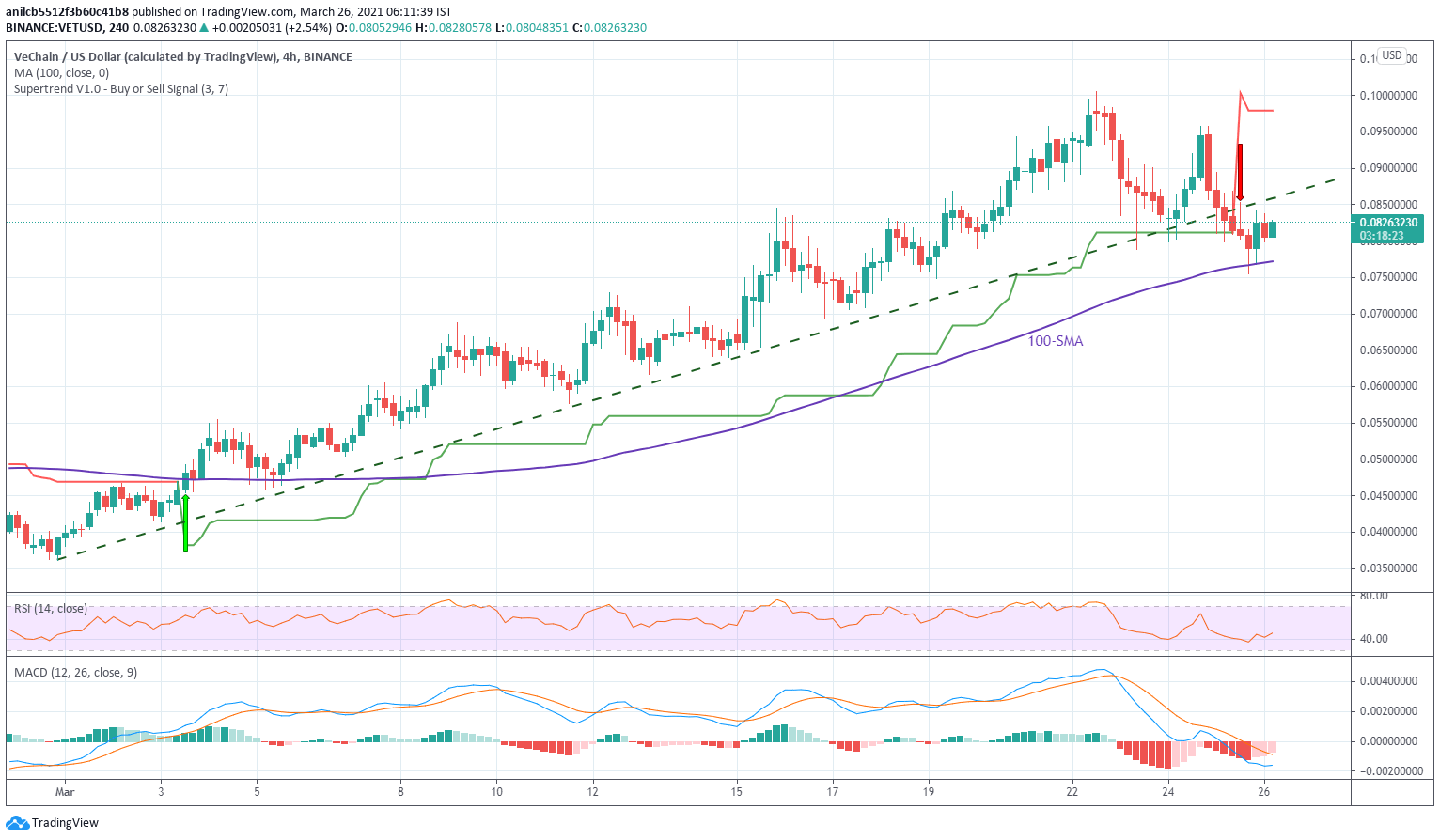